[OPINION] How Carlos Celdran made me a decisive Catholic 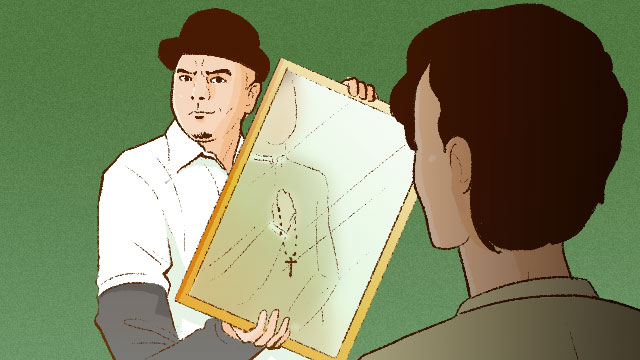 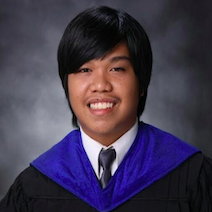 Once the poster boy of pro-RH bill advocates after his disruptive performance at a biblical "salestalk" at the Manila Cathedral, the late Carlos Celdran was definitely not the type of guy who the Church would consider for sanctity.

Yet Carlos, who was found guilty of offending religious sentiments, is one guy who made me appreciate my Catholic faith more – not because I wanted him excommunicated, but because he challenged Filipino Catholics to engage with the secular world critically.

I definitely disagree with Carlos on his positions that go against the moral teachings of the Church. But then again, disagreeing does not mean that we ought to disrespect the person and turn a deaf ear to his arguments. Arguments that, one way or another, echo valid points that should push serious Catholics to at least go beyond our respective moral havens.

We live in a postmodern era that tries to defy conventional appreciation and understanding of truth: that truth is not absolute, that it is not black and white. The poet Allen Ginsberg would even go beyond this and proclaim that there is no such thing as truth, only matters of perspective.

Thus, following the method of postmodern thinker Jacques Derrida, we ought to deconstruct our established creeds and institutions. Doing so, I think, gives us a better grasp of our convictions, making us fearless even in criticizing them, no matter what authoritative dogmas or principalities are dictated or imposed upon us.

I am convinced that this was what Carlos did: challenging and deconstructing our oh-so-holy and sacred values and perhaps making or keeping them relevant and reasonable in an age that demands reasonable relevance.

Carlos Celdran isn't as atheist as, say John Lennon or Christopher Hitchens or Richard Dawkins or Stephen Hawking (after all, he vowed to say a Hail Mary whenever he was at the point of death – and I prayed and hoped that he did too), but irking traditional Catholic sensibilities should not be seen as a threat on a par with the damnation of souls. (READ: [Q&A] Celdran: 'I'm Catholic until it is taken away from me')

Provocative criticisms from skeptics, agnostics, and atheists should in fact be welcomed as a means for us Catholics to let our faith grow deeper and perhaps evolve. As a matter of fact, we have to thank the heretics of old for bringing out the best minds among Christians, whose intellectuals might eventually fortify faith-based doctrines by harmonizing empirical reasoning with the domain of faith.

We have to face it: the Catholic Church is struggling to be relevant in an ocean of cosmopolitan and pluralistic ideologies. Condemning or disregarding criticisms against tradition as irrelevant wouldn't help. That is why the second Vatican council has emphasized the need for dialogue, for meaningful engagements with the world.

People like Carlos Celdran can be considered as prophets – prophets who disturb us from our cold closets so we can rethink and perhaps reevaluate and discern our values over and over again. Jesus disturbed the conservatives of his time. Prophets and mystics like St Francis of Assisi disturbed the comfortable religious pursuits of his generation.

Was it easy to be disturbed? Definitely not. But in tensions brought about by such disturbances, the sincere and beautiful mysteries of the faith were rediscovered and enriched in the context of what was being demanded of the time.

I am not saying that the Church has to radically bow down to the demands of the seemingly "ungodly" world by changing age-old traditions or doctrines. Rather, what I am trying to manifest is the opportunity for us to learn from the seemingly "unwanted" prophets of our time, for us to appreciate and eventually be decisive with our respective convictions.

Ted Tuvera earned his journalism degree from the University of Santo Tomas and worked as a journalist, covering a major beat for a national daily for 3 years. Currently, he is a seminarian at the Archdiocese of Capiz.