Facebook Twitter Copy URL
Copied
'One of the unintended consequences of flexing material objects and cultural products, however, is the creation of a false sense of reality'

I have made it a habit to check the happenings on various social media platforms. This, I believe, should be standard practice for professors in the Social Sciences disciplines in order to stay updated about the “pulse” of the people. I, then, integrate “what is viral” into my lessons. I find this more effective in engaging my students.

One of the things that have gone “viral” recently is the debate on the “luxuriousness” of goods. This happened after Zoe Gabriel, a 17-year-old Singapore-based Filipina teenager, called Charles & Keith a luxury brand. Some netizens questioned Zoe’s claim that a Charles & Keith tote bag is a luxury brand. Some even labeled Zoe as pretentious and ridiculous. Thereafter, a debate on the subjectivity of luxury emerged on various social media platforms.

The uproar on the subjectivity of luxury reminded me of a study titled Signaling Status with Luxury Goods: The Role of Brand Prominence. This study proposed a taxonomy of consumers according to their wealth and need for status.

Patricians are essentially the legit wealthy. They are so wealthy that they do not see the point of publicly displaying their wealth. They, however, want to associate themselves with their fellow patricians. They do this through subtle signals that only other patricians would recognize. In the case of tote bags, for example, logos of prominently expensive brands would only either appear subtly (i.e. as small symbols in the goods) or would not be showing at all. Only those who can truly afford and have access to these luxurious goods will know that such a designer tote bag is valued as much as another person’s house, car, and annual income combined! Why are they doing this? Well, they want to gatekeep. They do not want to be associated with the supposedly pretentious middle class, the parvenus.

The parvenus are the wealthy middle class who are considered by the patricians as “unpolished.” These parvenus aim to be associated with the patricians, and their way of doing this is through brand associations. They spend sums of money to avail of brands tagged as luxurious. Going back to my tote bag example, the parvenus also buy prominently expensive brands. However, unlike the patricians who like their brands subtle, the parvenus favor designs with brands more visible (i.e. large symbols and texts indicative of the brand), if not shouting. Brand visibility is a statement – “We are beyond your reach!”

Poseurs, from the word poser, describes people who pretend to be what they are not. These poseurs aim to be tagged as wealthy, so they want to associate with prominently expensive brands. However, since they do not have the means to afford authentic luxury goods, they avail of Class A or counterfeit goods in lieu of the original.

Proletarians are the final group of consumers. They are the poor who do not even bother with status signaling and brand associations since their concern is to have enough to get by each day.

Taking into consideration the collective standards of consumers, as well as their personal feelings, tastes, values, and opinions, among others, the subjectivity of luxury debate becomes further complicated. In the context of whether Charles & Keith is a luxury brand debate, will the patricians even engage in such discussion? How about the comment, “Who’s gonna tell her?”  Does it reek of a parvenu who wants to be dissociated from a poseur, or a poseur from another poseur?

I suppose, however, the more important question here is why people have the need to show off what they have. To answer this, allow me to briefly discuss another related concept: commodity fetishism.  “Commodity” pertains to something that is bought and sold or exchanged in a market, while “fetishism,” from the word fetish, historically pertains to a man-made object believed to possess some supernatural powers. Combining these two concepts and applying them in the context of the consumers, “commodity fetishism” pertains to how consumers fetishize material objects (such as luxury bags and clothing brands) as well as cultural products (such as attending concerts and traveling the world) since these have highly desirable symbolic value in society.

We now live in a society where a huge fraction of our time is spent consuming content on various social media platforms. Much of the content we see today has themes of showing off purchases of luxurious commodities and extravagant lifestyles. This kind of content is functional for the content creator. It creates content and clout – both of which are important, for the content creator’s aim is to attract more followers since such translates to financial rewards and influence. 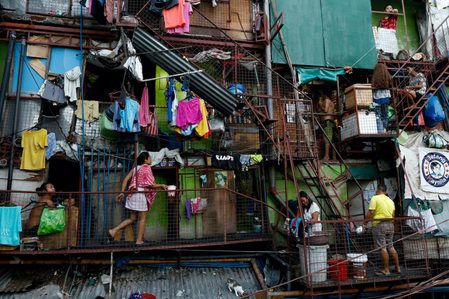 One of the unintended consequences of flexing material objects and cultural products, however, is the creation of a false sense of reality. Consumers of content aspire to live up to the standards set by these content creators. Akin to a poseur to a parvenu or a parvenu to a patrician, followers who have become content creators themselves have mirrored their more popular counterparts in showing off their symbols of success in life. However, since many do not have access to the resources necessary to execute such a lifestyle, they have resorted to what I call “reproduction” and “simulation” of contents.

Reproduction of content pertains to the copying of the format as well as the “vibe” or atmosphere of existing content. An example of a common formula for Tiktok content are teenagers showing their purchase “journey” – making the process of their procurement of certain luxury goods the content in itself. Unlike simulation, however, content creators who merely follow a certain formula do not cheat their followers by pretending to have what they do not have.

Simulation of content, on the other hand, pertains not only to the copying of the format but also to the altering of the reality by content creators. They mirror the usage of luxurious items by other popular content creators as well as their lavish lifestyles. However, since these creators do not have the means to perfectly copy the original content of those with means, they resort to cheating their followers by pretending to have what they do not have. An example of this is a travel influencer from Buenos Aires who gained hundreds and thousands of followers for posting travel photos on Instagram. She was canceled by many of her followers since they found out that she merely edited herself into various locations around the world. The same scenario happened to this Dubai-based model who was canceled after posting on Instagram that she was in business class when in fact she had only taken pictures of herself in the business-class cabin and thereafter returned to her seat in economy.

The more popular example is the case o “bai fu mei” (rich and pretty girls) in China. Here, a group of popular Chinese influencers endeavored to make themselves look rich without spending a fortune by renting luxury items and splitting the costs. For example, they rented a Birkin bag for a month at 1,500 RMB (around P12,200) and divided the amount amongst them. Each of them took turns using the bag, had their photos taken with the bag, and uploaded such photos to their respective social media accounts.

In the case of the Philippines, notions of equating happiness, fulfillment, and success to luxury items and extravagant lifestyles are often seen in the scripts of MLM (multi-level-marketing) agents. They entice by posting content on social media of themselves with luxury items such as expensive shoes, bags, and even sports cars, which essentially tells their potential clients these are examples of the rewards to be gained for being open-minded to networking business. Many, however, have become skeptics to the truthfulness of these agents’ claims given their desperation to recruit. Open-minded ka ba sa business? has become a nationwide inside joke for Filipinos, since there was a time when many were deceived by their agent relatives, friends, and acquaintances, who would turn a supposed kamustahan into an ambush orientation to join their networking.

In a world filled with pretentions, we have become more guarded, wary that we might be cheated by the content creators that we are following. In the face of clear or suspected pretensions, we do not hesitate to bash, or “cancel” as it is now oftentimes called, the pretender. However, in our quest to root out the poseurs, we might end up hurting people, such as Zoe Gabriel, who merely wanted to celebrate a milestone in life. This now begs the question: how far will we go? – Rappler.com

Minami Iwayama is an Assistant Professor at the Department of Sociology and Anthropology at the Polytechnic University of the Philippines.