A 2019 report showed the Philippines as the country most at risk from the climate crisis. In the coming years, the country must brace itself for threats on sea level rise, agriculture and fishing, water supply, energy supply, and health, to name a few. The future is indeed uncertain, but what are we doing today to overcome this?

In the upcoming elections, we have to choose leaders who can rally a cause against climate change. We have to choose carefully, because our next leaders will run the administration leading almost up to 2030. This is the year that the Sustainable Development Goals aim to significantly reduce greenhouse gas emissions. Without increased and urgent mitigation by countries across the world, global warming can surpass 1.5°C in the following decades, leading to the potential collapse of fragile ecosystems and crises among vulnerable people and societies. Amid this backdrop, the Philippines is one of the most susceptible countries to the climate crisis.

We’re not going down without a fight. According to the Department of Interior and Local Government, 1,073 out of 1,700 LGUs now have a local climate change action plan — a significant increase from just 160 LGUs in 2016. In April 2021, the Climate Change Commission announced it had revised its target to cut greenhouse gas emissions from 70% four years ago to 75% starting this year. Our next leaders should keep up (or even better, upgrade) this momentum by ensuring that climate action is among their main priorities. 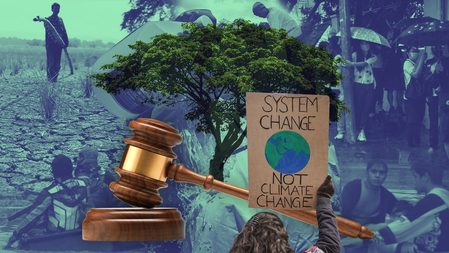 Renewable energy is good for the environment — this is the core message of using sustainable energy. However, there is one gray area on which our next leader should be aware. Recently, there was news of Meralco canceling its Subic coal-fired power plant project due to improper procurement practices, among others. Various environmental groups were ecstatic — they highlighted it as a victory for people advocating clean energy sources. These environmental groups have also long called for the total decarbonization of Meralco. The challenge, however, is that shifting to renewable energies is far from simple. For instance, renewable energy use accounts for only 21% of actual power generation nationwide.

This is not to belittle the clean energy efforts already underway. Today’s reality is that we have not yet optimized the country’s energy mix to rely safely on renewable energies at a national level. Moreover, let’s not forget that non-renewable energies essentially contributed to the country’s economic growth over the years. It is not bad per se — we have just begun to learn that these technologies are no longer suitable (nor sustainable) for modern-day living. Hence, we have to start letting them go and shift to more regenerative sources of energy. These types of nuances are among the gray areas our next leaders should possess a fundamental and empathetic understanding. The climate crisis is upon us, and we need the next leaders to be true beacons of hope. Across the world, NASA cites that human-caused global warming will worsen in the decades to come. Temperatures continue to rise, rain patterns are becoming erratic, droughts and heatwaves have become more intense, typhoons are becoming much stronger, and global sea levels will likely rise by one to eight feet by the year 2100. Meanwhile, the Arctic Ocean is estimated to become essentially ice-free before the mid-century. Science does not lie.

One important point to make is that the climate crisis spares no one. Wherever we are in the world, we are affected by this regardless of intensity. You could be among the wealthiest persons in the world who cannot go to the beach due to scorching weather, or among the less fortunate in developing countries that are highly prone to natural disasters — there is no escaping the climate crisis. However, what makes it a little more bearable is if privileged people (myself included) try to understand the basic science and find ways to help.

For the Philippines, the future is still quite uncertain. Our current policies are not yet sufficient to meet our reduction targets on greenhouse gas emissions. We also have increased energy usage due to the continuous development of transportation infrastructure and new buildings year on year. In the coming years, we can expect an ever-growing middle class, which inevitably leads to higher carbon emissions per capita due to increasing standards of consumption and production.

Despite this, I wish to remain positive, and I hope our next leaders will, too. For one, we have an emerging and youthful community of changemakers and ambitious young professionals in the country. A lot have already started blazing a trail. This trend is one of the things that give me a glimmer of hope despite all the odds. One thing’s for sure — we should not lose sight of our idealist selves amid a world constantly prophesizing catastrophic doom.

My hope for my generation and upcoming generations is that the right leaders come into play and break this vicious cycle that we are all in. After all, to make positive systemic change a reality, we need such people to lead the way. – Rappler.com

Ian Benedict R. Mia is taking the ASEAN Master in Sustainability Management at Universitas Gadjah Mada, Yogyakarta, Indonesia. He has also been a freelance researcher since 2016 and, just recently, started working as a part-time sustainability consultant. You may reach out to him via ianbrmia@gmail.com.