I grew up listening to my grandmother’s stories about her experiences during World War II in the Philippines. So, when I went to college to study history, I decided early on that I want to focus on this war to honor her memory. I am still at it more than a decade since then, as I currently finish my dissertation at Hiroshima University. Yes, the same city in Japan that the United States bombed during the same war.

You would think that as a scholar specializing in war and its memorialization, I would welcome the passage in the House of Representatives of House Bill (HB) 9850, which mandates the integration of Philippine history during World War II into the higher education curriculum. But I do not. There is a multitude of issues that comes with such a mandatory measure.

The bill mandates the integration of World War II in the Philippine History subject, requiring that it cover not less than 50% of the subject. Anybody who has taught Philippine history knows how ludicrous and out of touch with reality this sounds. Back when I was teaching Philippine history at the University of the Philippines Los Baños, it was a struggle to get through the syllabus of History 1, a survey course of the entirety of Philippine history. Covering the entirety of the nation’s history in sixteen weeks for a semester is a feat that requires cutting topics here and there. It was common among the History faculty to jokingly chastise each other on whether we could finish the syllabus. In my own experience as a student, my History 1 professor ended the semester by showing us the documentary Batas Militar.

There was not much time to focus on the contemporary period, let alone World War II. The war itself lasted only a little over three years — 1941 to 1945. The war may be short, but it is an important historical event that had lasting implications for the country later on. Still, to dedicate half of the subject to the war discounts the equally critical historical events and periods consequential to our identity today. It must also be pointed out that when the country transitioned to K-12, several changes drastically impacted the way Philippine history has been taught. At the basic education level, Philippine history is taught only until the sixth grade and is sorely absent at the high school level. The changes also applied at the tertiary level. Under the General Education Curriculum of the Commission on Higher Education (CHED), the subject Readings in Philippine History is a survey course no more. It is now focused on understanding Philippine history through primary sources.

This is another complication of this bill on integrating World War II in teaching Philippine history. CHED’s Readings in Philippine History syllabus skews to the Spanish colonial period, notably, the Philippine Revolution. It also places great emphasis on what it refers to as “mandated topics” of agrarian reform policies, the Philippine Constitution, and taxation, essential topics that are usually the focus of other subjects such as those dedicated to Philippine government and politics, among others. How will the subject Readings in Philippine History mutate to accommodate at least half of the lessons for World War II?

Another essential conversation we must have regarding HB 9850 is how it could impact how the youth perceives conflict and violence. The bill aims to “educate the youth on the values of patriotism and nationalism and preserving for posterity the stories on the great struggle and heroism of Filipino soldiers who fought the Japanese occupational forces during the war.” While seemingly lofty, seeing the war through the “heroism of Filipino soldiers” could result in the glorification of war itself. Many studies on how states memorialize war emphasize how a violent event could be rationalized and justified, primarily when focusing on the heroism and the sacrifice of soldiers, while glossing over the fact that wars had a tremendous human cost during and after their occurrence. 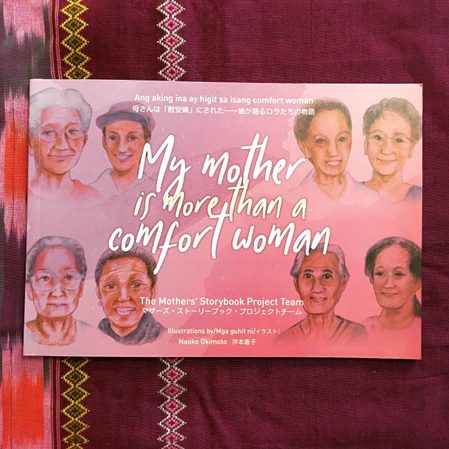 Unfortunately, the way World War II has been trivialized and popularized in society and media has focused on physical battles, military strategy, technology, and torture methods, among others. World War II has become a spectacle, and its human costs have been sidelined, especially its effects on the civilian population.

HB 9850 mandates CHED to collaborate closely with the Philippine Veterans Affairs Office (PVAO) of the Department of National Defense (DND) to develop a program to execute and implement the bill. As an office that looks after the welfare and the promotion of the veterans’ heroic deeds, there is a danger that the resulting curriculum will represent the side of the soldiers and the military campaigns more than the actual human costs of war to ordinary citizens.

It worries me that when we hope to educate humanity that war is avoidable and preventable, we heroize, glamorize, and glorify the country’s war experience. If we were to have an honest conversation about war, we should balance seeing soldiers as heroes with the idea that the victimization of millions of men, women, and children could have been avoided altogether.

When I decided to focus on World War II as my study area, I did so knowing that I want to represent the histories of ordinary people, like my grandmother, whose stories have been sidelined because history traditionally focused on the exploits of soldiers during the war.  Ultimately, I believe that the goal of studying history is to access the wealth of human experience in hopes that it could guide the way we see our world today. HB 9850 is a step away from this direction, as it could lead to the glorification and rationalization of war, something that we do not need today. – Rappler.com

John Lee Candelaria is a PhD candidate from Hiroshima University, Japan. His dissertation looks at how interstate war is memorialized in Southeast Asia. He hosts PODKAS, a podcast on Philippine history, politics, and society.