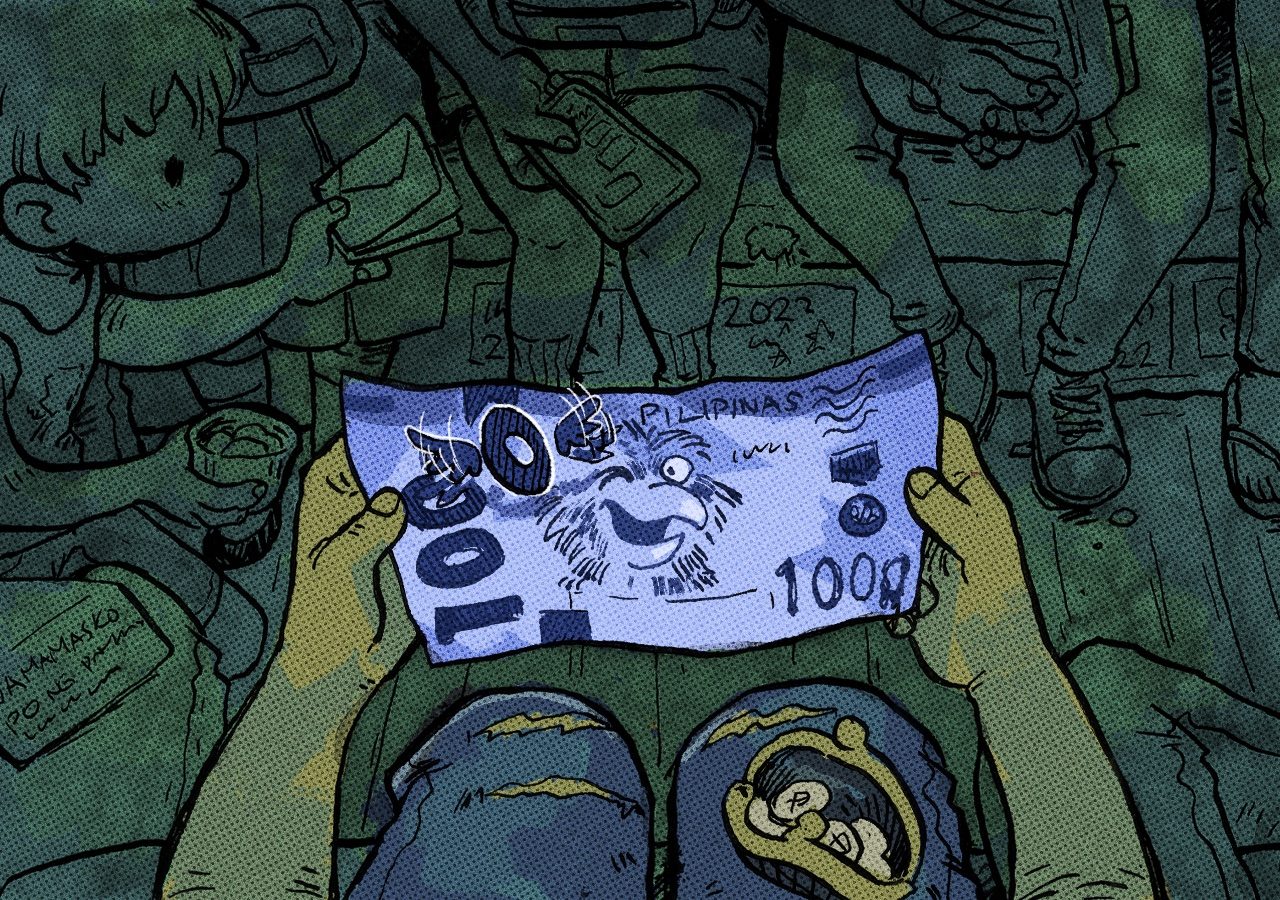 When watching movies, we enter the theater knowing we’d be watching a work of fiction. Some things may not entirely make any sense. But we watch on, utterly enamored by the story, character, dialogue, and mise-en-scène.

We become emotionally involved, reacting as if things were real. In film theory, this is referred to as a “suspension of disbelief.” And I’d like to argue that the concept has poured out of the cinema theaters, trickling down into our realities.

For instance, it’s a suspension of disbelief to allow P1,000 to be the new P100. Once you use it for lunch, it’ll be gone by evening. We take it because that’s just how the script goes nowadays. We’ll hear a story or two about the past, where burgers used to cost cents and jeepney rides even less. We shrug, say, “Oh, well, those were great times, I bet,” and then move on.

Our P1,000 disappears no matter the circumstances, and it’s our diskarte that matters — you can either make it last a week, put away some for your emergency fund, or spend even more. How you play by unjustifiable circumstances — and how you manage to resurface from them unscratched — is our new reality.

But in truth, financial cushions and convenience have turned into luxuries only those on the upper part of the pyramid can afford.

And I don’t think diskarte can save us from a dying economy or the dwindling value of P1,000, not when we’re forced to deal with broken systems that only demand to the extreme.

While most of us are lucky enough to have P1,000 to last through the day, the cost of convenience has gone premium. A single Grab ride from one city to another can reach P500, which isn’t surprising since they have a monopoly on local transportation apps.

However, that convenience doesn’t exist for the rest of the Filipino people. Our on-demand ride-hailing apps have never been part of their choices, so they’re forced to look for different means to get to work and back.

A prevalent narrative is diskarte, of course. If you can’t afford it, just ride a jeep. If you want a faster ride, head straight to the MRT/LRT lines. But jeepneys are scarce due to unconstitutional modernization programs, and drivers are forced to abandon their vehicles.

MRT/LRT stations, on the other hand, see an overwhelming number of people daily — so much so that people spill out into the streets, creating chaotic lines that never seem to end.

Unfortunately, all these are backed by numbers, as we’re ranked as having the fifth worst transportation system worldwide. According to the 2022 Urban Mobility Readiness Index (UMRI), Manila ranks 56th of 60 selected global cities in terms of “public transit density, efficiency, and utilization rate, and the extent to which they can adapt to address competition from emerging mobility services.”

In a broken system, diskarte remains obstinate, despite the prolific displays of truth outside our doors every day. It has wound its way into the Filipino psyche, a part of the narrative we’re all believed to endure under the guise of Filipino resilience.

And at what cost? Most commuters wake up in the dead of night just to arrive at their workplaces on time, which perhaps qualifies the metro as truly Southeast Asia’s place that never sleeps.

Unlike New York, though, people are sleep-deprived because we’ll never make it anywhere if we don’t wake up earlier than everyone else. God forbid we sleep a full eight hours a day after rendering a 12-hour shift and being stuck in queues and then traffic for another four hours.

You’ll never hear the end of it from the boss — you might even lose your daily wage.

As if our joke of a transportation system isn’t enough, we’re being shoved narratives of what our Noche Buenas should look like in this economy. Tipid tips on what to purchase, and suggestions of what to get, both packaged in a relatively short list.

You don’t need to purchase garlic, oil, onions, black pepper, or salt to cook. They assume you already have those in your cupboards. Again, it’s a shining message of diskarte, because there’s always, always, always a way to use what you currently have to make Christmas memorable. Don’t complain, now!

To add insult to injury, they also want you to believe it’s your duty to live within your means in these trying times. Because you don’t need to add hotdogs to your spaghetti recipe. You shouldn’t even be looking for buko salad or graham cake for dessert. Water as your main beverage will do.

These messages don’t even mention the P1,000 bill. They’re pushing for half of that amount. Whatever it can buy should be enough, as long as you share it with loved ones — even though the minimum wage earner in Metro Manila only earns about P493 a day after mandatory deductions, with no benefits.

Pan to the upper pyramid inhabitants and their own Noche Buena spreads. Lechon, ham, charcuterie boards, wine, and other dishes served à la française. All that is made possible through their diskarte, of course. 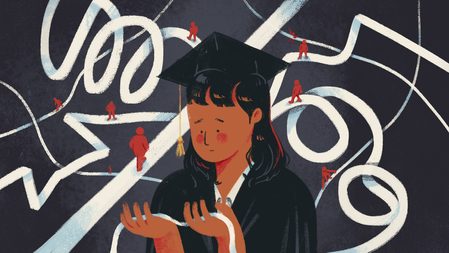 Who gets the short end of the diskarte stick?

Diskarte, a lauded Filipino trait, can’t give us financial cushions and convenience. We have been indoctrinated into a perpetuated system for decades that we just accept regularly walking on broken glass and calling it a day.

Having decent public transportation is not technically regarded fundamental human right, but the hours and wages we waste on our non-functioning transport system effectively bar us from saving anything — and living comfortable lives.

And while continuous tipid tips can indeed be helpful, there’s a fine line between telling someone to live within their means and asking them to forgo their right to enjoy a very human, dignified celebration of a Noche Buena. Unfortunately, the list of things diskarte can seemingly fix goes on, even as price tags and ride fares increase.

Hard work, patience, and diskarte will get you somewhere, they say. “Habang maikli ang kumot, matutong mamaluktot.” While diskarte taught us how to bend and adapt to the most horrid state of affairs, it now bows down to the whims of those on top. It’s transformed into a work of fiction, a legend we repeatedly enunciate as some sort of prayer.

Because the truth is that convenience no longer exists for the ordinary Filipino. Concepts of financial cushions have become a distant dream. I suppose they have never been a part of their choices. The system has predetermined their fates — to stay where they are, with a silver lining of a farcical promise of relief. It’s comforting, but behind the scenes, said relief has already been promised elsewhere. – Rappler.com

Nicole Tengco is a 25-year-old writer.