While the 2022 UN climate negotiations (COP27) in Sharm El Sheikh, Egypt grabbed most of the headlines worldwide in recent weeks, it is only one of several key conferences of global leaders that would drive climate and environmental action for decades to come.

The first Intergovernmental Negotiating Committee (INC) was recently convened in Uruguay to develop a new treaty for addressing plastic pollution. This follows a decision made by the United Nations Environmental Assembly (UNEA) in March to begin negotiations on this issue that is extremely relevant to the Philippines.

Plastic pollution has become a full-on global crisis. An equivalent of a garbage truck full of plastics is thrown into the oceans every minute. More than 76% of all plastics produced from 1950 to 2017 become waste, with less than 10% being recycled. These are among the reasons why many nations are aiming to formalize a treaty to end plastics pollution by 2040.

We Filipinos have seen in so many ways how plastic pollution has adversely impacted our lives. Heaps of single-use plastics, many with famous brands on them, are seen lying on the streets after nearly every flooding event. Several studies have shown that microplastics can already be found inside what we are eating. These are just a few examples of the many economic, environmental, health, human rights, and social impacts that make this kind of pollution a crisis.

Yes, it is true that the Philippines is the third-worst plastic polluter (after India and China) and is also the world’s worst polluter of the oceans, with more than 356,000 tons dumped as of 2021. But in truth, this is more due to the “sachet culture” favoring convenience over sustainability, prolonged by corporations refusing to invest in alternatives and even lobbying against any policies curbing plastic production.

As a response to this, the Philippine government has taken steps against plastic pollution. Last July, the Extended Producer Responsibility Act was enacted, which mandates large companies to recover the plastic packaging they produced; this, however, contains numerous gaps that could weaken its intended benefits to the country. Last month, the House of Representatives also approved a measure to impose taxes on firms producing single-use plastics.

Our negotiators have also played a key role in initiating the INC against plastics. It is a co-sponsor of the Peru-Rwanda Resolution adopted at this year’s UNEA, which proposed a legally-binding agreement to address plastics in all stages of their life cycle. The government must continue to lobby for a stringent global agreement, targeted to be made by 2024 to begin the end the era of plastics, complemented by genuine solutions and enhanced policies at the domestic level. 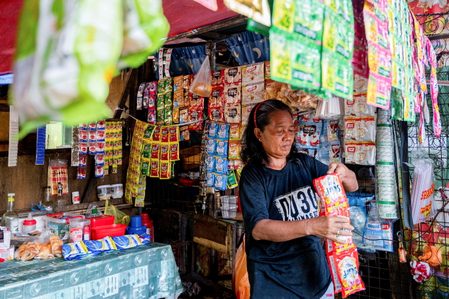 Lessons from the Paris Agreement

The establishment of the INC against plastics has been praised as the most monumental international decision since the adoption of the 2015 Paris Agreement, which aims to limit global warming to well below 2 degrees Celsius and reduce the severity of the climate crisis. This stands as an interesting comparison, considering plastics are produced using fossil fuels, the burning of which releases pollution that triggers global warming.

Despite almost three decades of climate negotiations, scaling up global climate action has remained lagging far behind the speed of which our climate is changing. While COP27 was intended to focus on how to implement the Paris Agreement, little progress was actually achieved in Egypt, aside from the establishment of funding arrangements to deal with climate-related loss and damage.

A careful examination shows many similarities between discussions to deal with the climate crisis and those on plastics. Among these is the familiar lobbying of both plastics and big oil corporations to weaken the eventual agreement, given that these industries are currently projected to double their plastic production and earn even more profits within the next two decades.

The call of the United States for a treaty resembling the structure of the Paris Agreement is also a concern, considering the limited progress in the climate negotiations. This includes voluntary, self-determined national plans and not having a strong focus on plastics production, with the latter being similar to how the clear culprit of the climate crisis, fossil fuels, have yet to be even significantly phased down as seen in the COP27 decision text.

The Philippines is one of the nations most affected by the climate crisis, and the same applies in terms of plastic pollution. Due to the slow progress of the climate negotiations, our nation still has not received the finance, technologies, and capacity-building measures from developed countries that we need to reduce our vulnerabilities and justly transition to a more sustainable economy and society. If the treaty produced out of the INC resembles the Paris Agreement, we can expect similar results on how we address plastic pollution.

Our negotiators must work to ensure that the resulting global treaty against plastics would have strict targets and timelines for drastically limiting plastic production and use. They also need to include in the agenda holding plastic producers accountable for the harm their practices and pollution have inflicted, especially on poor communities. They further must pressure developed countries to truly lead in transitioning the global economy towards a far less pollutive one through the development of sustainable alternative materials, promoting refill and reuse systems, and requiring complete transparency during the inevitable plastics phasedown at every step of the way.

It is in the best interests of the Filipino people that a global treaty against plastics will be made to protect communities, ecosystems, and our common future. Unlike that non-biodegradable material, it should be that commitment in aid of genuine sustainable development that lasts and spreads around our world for generations to come. – Rappler.com

John Leo Algo is the Deputy Executive Director for Programs and Campaigns of Living Laudato Si’ Philippines and a member of the interim Secretariat of Aksyon Klima Pilipinas. He is a Filipino civil society delegate and speaker at COP27 in Sharm El Sheikh, Egypt, and a member of the Youth Advisory Group for Environmental and Climate Justice under the UNDP in Asia and the Pacific.