[OPINION] Lessons on Philippine history, as inspired by Danding Cojuangco 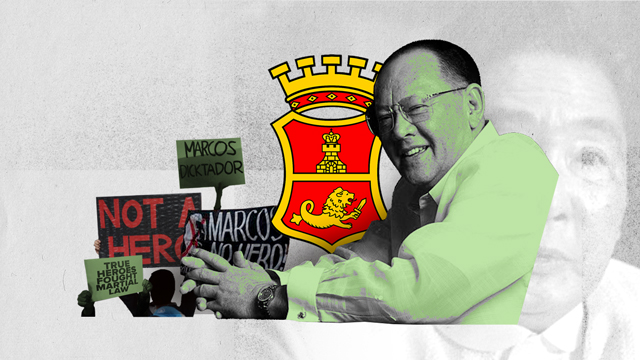 Malacañang recently mourned the death of tycoon Danding Cojuangco. Cabinet Secretary Karlo Nograles described him as “a larger-than-life figure whose colorful life shaped the course of our history,” while Communications Secretary Martin Andanar regarded him as “a patriarch...a philanthropist to the people and a reliable partner of the government...”

As a student of history, I find these eulogies appalling. Of course, no one can deny Cojuangco's business and political acumen. After all, he did survive and thrive after the revolution that ousted his master, dictator Ferdinand Marcos. (READ: Malacañang hails late Danding Cojuangco's 'immense contribution' to economy)

But who is Danding Cojuangco? What lessons can we learn from the course of our history, which he helped shape with the people of his time?

Aside from being known as chairman and CEO of beer maker San Miguel Corporation, Danding was also known as a “kingmaker,” using the power of his purse and position as chair of the National People’s Coalition (NPC) to support former presidents like ousted president Erap Estrada and his successor, former president and incumbent Congresswoman Gloria Macapagal-Arroyo.

Earlier, Danding was part of the infamous “Rolex 12,” Marcos' cabal of wealthy and powerful men who orchestrated and enforced Martial Law. As one of Marcos’ closest cronies, he amassed great wealth by taking advantage of the Coco Levy Fund, which was made up of taxes paid by ordinary farmers. With the backing of Marcos, he eventually bought San Miguel Corporation using this money. But despite these crimes, like notorious General Fabian Ver, he never went to jail. (READ: Kingmaker: Danding Cojuangco's presidential bid and the ghost of coco levy)

Danding Cojuangco, together with the other architects, henchmen, and butchers of Martial Law, was politically accommodated, reintegrated, and allowed to partake in one way or another, in the restored democracy of the Philippines, like the late dictator’s wife Imelda Marcos and her children. Singapore founder and first Prime Minister Lee Kwan Yew even said, “Only in the Philippines could a leader like Ferdinand Marcos, who pillaged his country for over 20 years, still be considered for a national burial. Insignificant amounts of the loot have been recovered, yet his wife and children were allowed to return and engage in politics.”

Indeed onli in da Pilipins can one find such consistent betrayals by their own countrymen, first in 1898 and then in 1986. From EDSA 1986's onset, the democracy that it sought to restore was already compromised and corrupted, delivered already to the hands of the pollical and economic elite.

The elite still act as feudal lords through political dynasties, and even serve as legislators in Congress. And it is our young generation that has to pay dearly and bear the consequences of this corruption, from combatting massive historical revisionism, to standing up to another authoritarian figure – who was the byproduct of the discontent and frustration of the masses over the post-EDSA republic.

Those who had debts to justice, like Danding Cojuangco, never paid their dues. Former Marcos minister, defector, and Senate President Juan Ponce Enrile, who himself admitted that he orchestrated his ambush to justify the declaration of Martial Law, is now an out-and-proud Marcos ally once again. His tactical maneuver of defecting from the dying dictator to the anti-Marcos forces together with the disgruntled youngsters of the AFP has led to dire consequences for human rights groups, activists, and progressive groups today.

During Martial Law, the personnel of the AFP, together with the Philippine Constabulary (today’s Philippine National Police), operated the machinery of death and butchered many students, workers, journalists, activists, and members of the political opposition. Using the Communist threat and the Anti-Sedition Law, they enforced countless disappearances, acts of torture, and massacres. And they have been institutionally absolved of all these crimes and are today on a massive red-tagging spree of progressive groups, activists, journalists, human rights defenders, and political dissenters.

This is the course of history shaped by the likes of Danding Cojuangco, one that is filled with corruption  and compromises that prevent the just and effective persecution of criminals like Imelda Marcos. (READ: Danding builds an empire)

But thanks to the death of Cojuangco, we are once again given the chance for critical reflection.

To say "never forget" means to be mindful of all the tragedies, terrors, and triumphs of our people during Martial Law, and to say "never again" means to look out for the patterns and pitfalls that lead to an authoritarian regime, and to prevent the corruption and compromises that led to our dwindled democracy and the rule of pathological personalities, who've create their own brand of oligarchy under a new talking head. – Rappler.com

Dom Balmes is a member of Dakila: Philippine Collective for Modern Heroism and #WeTheFuturePH, a non-partisan national movement of Filipino youth standing up for rights, freedom, and democracy.