[OPINION] Our disenchantment with EDSA 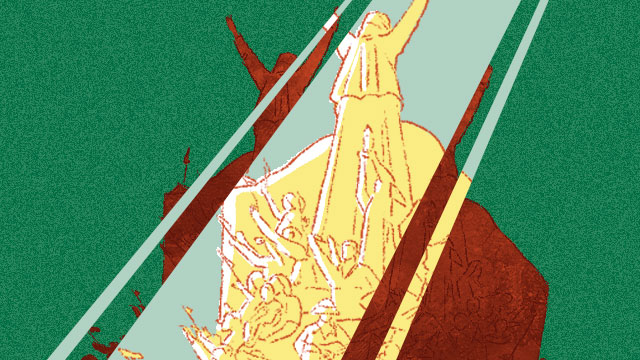 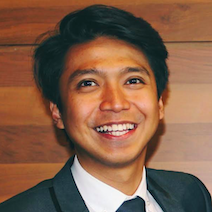 What we regard today as an era of awakening can be tomorrow’s dark ages.

In describing the past vis-à-vis the present, it seems a common practice for us Filipinos to think in binaries. We usually begin our narrative with a description of how good or bad life was in the olden days. Later, we express contradictions as we describe how different things are today. In such a description, the past and the present is imagined in a binary of light and darkness.

When we use light and darkness as indicators of historical change, we understand that both are antithetical stages that require the occurrence of one another. This is especially the case when we perceive historical progression as linear or cyclical – that one cannot take place without the other. For instance, before the Renaissance, the Western world had to go through the Dark Ages. Despite being oppositional, light and darkness fundamentally complement each other. We recognize light because we recognize darkness (and vice-versa).

However, while such a relationship between light and darkness makes it easy for us to distinguish one from the other, as descriptions of historical eras, light and darkness are alternating and transient. The two interchange from time to time, sometimes simultaneous with the reversals of power and shifts of political regimes.

For instance, prior to Rizal’s time, colonialism was perceived as an era of “light,” as the arrival of Spaniards in the Philippines supposedly signaled the beginnings of civilization and the end of “paganism” (hence, the “dark” ages) in the islands. Rizal would later refute this perspective, as he proposed that it was colonialism that ended the civilization that was already thriving in the islands before the colonizer’s arrival. This reversal of representation of historical epochs, which was later adopted by Bonifacio’s Katipunan, shifted what was earlier considered as “darkness” to “light” and “light” to “darkness.” By doing so, our revolutionaries understood that independence from Spain was key to the country’s passage from “darkness” to “light.”

Fast forward to today’s recollection of the martial law years. Note that prior to the 2016 national election, Filipinos have generally remembered it as a traumatic episode in Philippine democracy. It was absurd and deplorable to refer to it as the “golden years,” as people recall the horrors of police and military abuse, as well as the operation of illegal detention, torture, rape, and extrajudicial killings. It was remembered as a period of notorious corruption, an era when crony capitalism flourished, a time when Imelda Marcos prided herself for having lavish diamond collections, among others. Even though there was indeed an infrastructure boom during Marcos rule, his government was remembered for literally bankrupting the country, taking insurmountable amounts of foreign loans that to this day Filipino taxpayers continue to pay. (READ: [OPINION] Nostalgia, conspiracies: The politics of recalling the Marcos 'golden age')

In the same way, before 2016, it seemed unthinkable to tamper the “legacy” of the 1986 EDSA People Power Revolution, considering that this popular movement, which acted as one of the catalysts for the ousting of the late strongman, is not exactly in the distant past. No one questioned the power of “Aquino Magic” to inspire people power.

In recent years, a number of Filipinos believe that EDSA People Power was flawed, as they reduce the popular movement to mere “yellow propaganda.” Conspiracy theories that tell how the Aquinos “lied” to the Filipino people and how they “victimized” the Marcoses for personal gain can be found in different social networking sites. In many posts and comments, believers of these conspiracies accuse the Aquinos and the so-called “oligarchs” for spearheading the movement that ended the supposed Marcos-led prosperity. They also accuse the “biased” historians, educators, and journalists of collaborating with the “yellows,” as they call out these professionals for deceiving the Filipino people for decades. (READ: Martial law is not just about Aquino and Marcos)

How did the “Aquino Magic” lose its charm in such a short period? How can the popularity of the EDSA uprising be contested and reduced to “Aquino-sponsored” political propaganda?

While one can attribute the radical shift in perspective to the systematic operation of disinformation and propaganda online, to fully understand this phenomenon, one must look into the accumulation of people’s frustrations and discontent. People’s ardent desire for “tunay na pagbabago” (and to an extent, the desire to return to the Marcos-led “golden age”) is a result of the failures of technocratic reforms to address the people’s immediate concerns.

Attacks against the Aquinos, the “oligarchs,” and the “yellows” are consequences of the previous administrations’ failure to deliver on promises of economic growth that will be felt by all. The reluctance to implement genuine land reform and the unwillingness to redistribute power to the people caused the people’s disenchantment with the promises of EDSA. – Rappler.com

Fernan Talamayan is a doctoral student at the Institute of Social Research and Cultural Studies, National Chiao Tung University, Taiwan. He received his MA in Sociology and Social Anthropology from the Central European University, Hungary, and his MA in History from the University of the Philippines Diliman.