[OPINION] The need for a stronger Philippine ICT infrastructure Reports have it that our country slipped seven spots down in an annual global economic competitiveness report, the steepest decline in Asia.

The Philippines lags in the region, as it ranked 13th out of 14 Asia-Pacific economies.

Singapore took the highest spot among Asian economies at fifth place, followed by Hong Kong (7th), Taiwan (8th), and China (16th). At the 60th spot, Mongolia was the only Asia-Pacific economy behind the Philippines.

According to IMD, the Philippine rankings dropped in three of the factors — plunging to 57th spot from 44th in economic performance, and falling three places to 45th in government efficiency. Business efficiency slipped four spots to 37th due to poorer performance in productivity, labor market, finance, and management practices. In particular, it is worth noting from the IMD report that the country retained its poor infrastructure ranking at 59th for a third straight year, despite the government’s supposedly massive “Build, Build, Build” program.

In light of this, allow me to now focus on the current sorry state of the Philippine digital nation.

Meanwhile, internet penetration in the Philippines stood at just 67% by January 2021. This means that 33% or about a third of the country is not reachable via the internet, depriving those areas of vital digital information and whatever available digital services there are from either government or the private sector. Hence, it is clear that there is a glaring need for the government to start spending on ICT or information and communications technology infrastructure, including the implementation of its long-delayed National Broadband Plan.

The hard reality is that our country is lagging behind its Asian neighbors in terms of the digital infrastructure needed to sustain digital connections and thereby make possible digital activities for business and other purposes.

A clear illustration of the country’s digital infrastructure weakness could be seen in terms of the number of its telecommunications or telco towers. Thailand has 52,483 telco towers and Vietnam has 90,000 – many times more than the 17,850 in the Philippines.

This is the basic reason why Internet connection in the country is limited, slow, and unreliable in many areas.

In 2019, a survey done by the government’s Department of Information and Communications Technology or DICT found that only half of the country’s 42,064 barangays have telecommunications or telco operators in their area and only 30% have fiber optic cables installed. 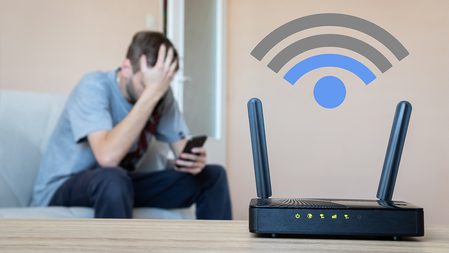 But even for those with internet access, the concern is if there is sufficient bandwidth for remote work or learning.

The limited access for rural populations not only shows how many are left without the means to fully participate in any shift to the digital space, but also indicates the disparity of quality digital infrastructure between more central and urban areas versus more remote and rural areas.

Unsurprisingly, poorer areas have less access, slower internet speeds, and fewer cell towers. This leads to what is referred to as the issue of the digital divide or the gap between individuals, businesses, and geographic areas at different socio-economic levels with regard to both their opportunities to access information and communication technologies and to their use of the internet for a wide variety of activities.

With the COVID-19 pandemic, the need for digital transformation has become even more paramount. This pertains to changes of and in business and organizational activities, processes, competencies, and models to fully leverage the changes and opportunities of a mix of digital technologies and their accelerating impact across society.

We must face the challenge of digital transformation if we ever hope to fully recover, and recover fast, in the post-pandemic period. – Rappler.com

Louie C. Montemar is an Associate Professor at the PUP Department of Sociology.