[OPINION] Realpolitik and what is left for the Left 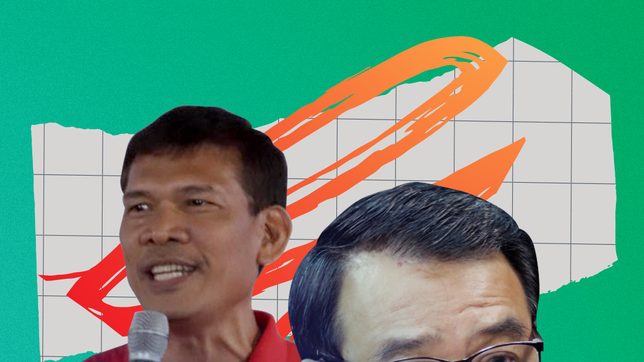 There was social media outrage among the Leftist cliques when presidential hopeful Leni Robredo announced their Senate slate a few days ago. The move by the Robredo camp to exclude former Makabayan congressman Neri Colmenares was surprising for the most part, given that Colmenares was one of the convenors of 1Sambayan and the mass base of the Makabayan bloc has provided flesh and bones to the anti-Duterte movement for the past couple of years. It’s like spending days busily preparing for a feast, only to not be welcomed during the party itself.

But on the other side of this Facebook- and Twitter-based outrage, the official responses of Colmenares and the Makabayan bloc were more calm and level-headed. Walang pangil at wala ring paniningil. There were no reminders of shared advocacies or the goal to unite, if not to create a genuine opposition. There was no attack against her endorsement of traditional politicians and former Duterte enablers, nor against the conservatives and militarists inside the Leni-led opposition. There was only respect for the Robredo’s decision to do the best for the benefit of her campaign.

Of course there were some speculations on what really transpired behind what was exhibited in public. On the one hand, there were whispers that it was the Makabayan bloc that had asked to be excluded from the Robredo slate because they were also in talks with Pacquiao’s group. A former senator in the opposition also insinuated that even before the talks with 1Sambayan, the Makabayan bloc would not pledge full support to the candidacy of VP Robredo – implying a spade for a spade. But on the other hand, the more loyal political base of the Left were saying that it was just the Makabayan bloc being the Makabayan bloc – carrying the banner of the national democratic revolution and being the genuine opposition, which must not be hampered by the musings of traditional politicians and the circus of elections.

Now, this is where it gets awry.

Although the supporters of the Left believe that the broadest unity of progressive forces is necessary to at least start genuine reform in government, it has failed to recognize that Philippine realpolitik is far from what is taught in classrooms or imagined in textbooks.

This was prevalent when Leni announced her decision to be at the forefront of the anti-Duterte and anti-Marcos electoral campaign. Scores of these social media activists turned pink, riding the tide of Leni’s candidacy – as if admitting that the Left has not effectively led an anti-Duterte and anti-Marcos campaign and needed help from a genuine political leader to at least steward the opposition’s ship.

Of course, some of the stalwarts of the broader Left are quite aware of this dilemma with realpolitik. Paraphrasing Ka Leody, another candidate from the Leftist strand, the issue is not merely electoral but a question of class struggle. But for the young once, the younger ones, and the city-based social media firebrands who still see a glimmer of hope in elections – it was Leni all the way. 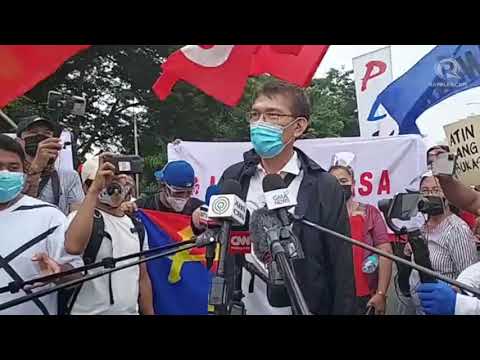 This sort of cognitive dissonance in the Left’s relationship with electoral campaigns has brought confusion even to its own leaderships. For the past four decades, various faces of the Left have tried their luck in larger electoral campaigns. Of course, there was the benchmark “half-step-above-ground” Partido ng Bayan which fielded a Senate slate during the 1987 elections. Included in the slate were battle-hardened activists such as labor leader Ka Bel, journalist Joe Burgos, and even New Peoples’ Army founder Kumander Dante. But the euphoria of riding high from the collapse of the Marcos regime was only enough to garner 2.3% of votes.

On the other side of the coin was the first Senate run of the Makabayan bloc in 2010, when Satur Ocampo and Liza Maza joined the Nacionalista Party slate of billionaire Manny Villar. What was interesting during this foray was that they belonged to the same electoral ticket with the scion of the Marcos dictator. The Makabayan candidates lost, placing in the middle 20s, while the Marcos junior was number 7.

Last but definitely not the least, the effect of this cognitive dissonance enabled the rise of Duterte during the 2016 elections, when the Left provided political muscle to the “change is coming” narrative – although not implicitly, as this was never the official party line and there were no standing orders. This dissonance was more prominent in Mindanao and in Davao City, where the Left enjoyed a cordial relationship for a few decades with then mayor Duterte. And although this relationship quickly turned sour and bloody, we cannot deny the fact that this short-lived alliance provided the Left with its most political success outside of the party-list arena, with some of them being appointed to executive positions in Cabinet-level agencies.

And the Left could not be solely blamed for this decades-long cognitive dissonance. After all, a huge chunk of the political narrative still revolves around electoral campaigns. This is especially true for the city-based-digital-native-activists who still profess some level of hope and belief in the electoral arena. Whether by convenience or sheer opportunism, there are still pockets in the electoral arena where the Left’s influence could be exercised.

However, this same cognitive dissonance has effectively denied the Left the chance to transform itself into a genuine opposition. It has also continuously created an atmosphere of political disarray and half-heartedness in terms of electoral participation. For the more recent elections, the Left’s participation in the opposition slates has been tokenistic at most, and has failed to translate to Senate seats.

This political disarray will be only be more pronounced as we near the 2022 elections. But to make all of these work, the Left needs to concretize an analysis that is based on realpolitik. The Philippine political system is still dominated by guns, goons, and gold. As long as these forms of machineries are present, there will be no genuine space for the Left to participate in electoral exercises outside of the party-list system, for they will only fail in the process. No cooperation and collaboration with the opposition shall bear fruit for their ideological and political gains as long as politics remains transactional and convenient.

But the goal right now is to end the unholy alliance between the Dutertes and the Marcoses. If that is only feasible under the leadership of Robredo, then so be it. The unified opposition shall stand with or without the full support of the Left.

That is realpolitik. – Rappler.com