[OPINION] The relatively unsung hero in the battle vs climate change 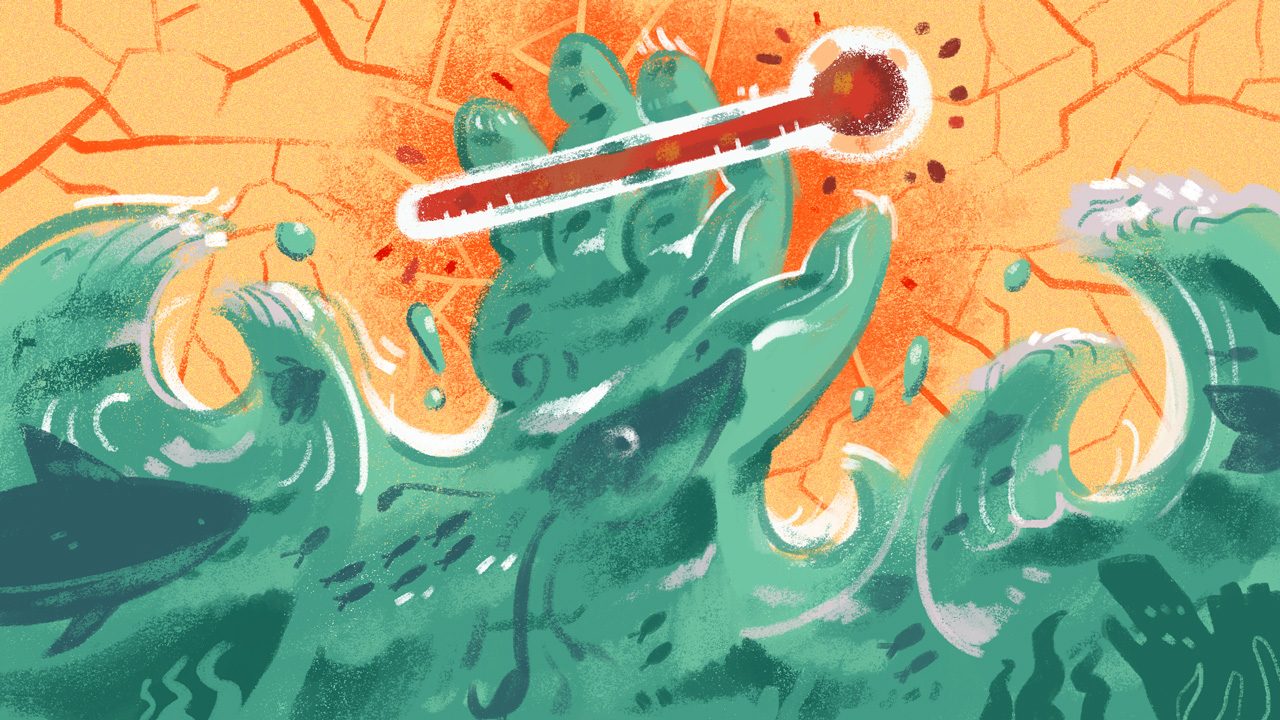 Facebook Twitter Copy URL
Copied
'Evidence shows that the ocean is essential in addressing climate change. But why is the ocean still not a top-of-mind solution?'

We are waging a battle against climate change, and its outcome will decide whether we’ll be in greater peril or not. The battle ensued from the tons of carbon dioxide (CO2) humanity released into the atmosphere since the Industrial Revolution. Since 1880, NASA’s data show that human-induced climate change has warmed the planet by +1ºC, resulting in devastating climatic events.

This brings us to ask: How can we reduce the impact of climate change?

Your answers may be similar to most Americans’ in a survey conducted in 2020. They believe that curbing carbon emissions and improving transportation’s energy efficiency are some of the key weapons against climate change. However, one stood out to 90% of the respondents  —  plant three trillion trees. The respondents’ inclination to trees may be rooted in humanity’s exposure to its foliage of benefits.

At school, we learned how plants absorb CO2 through photosynthesis, leaving indelible marks on our minds about the importance of trees. Photosynthesis also enables forests to mitigate climate change as carbon sinks or reservoirs that absorb more carbon than they release.

The appreciation of trees is likewise seeded in both ancient and modern cultures. Ancient civilizations used trees to symbolize connectedness, growth, or life itself. Filipinos consider coconut trees as the Tree of Life. The Tree of Voices in the movie Avatar connects the Na’vi to their ancestors. And who could forget: “I am Groot?”

Our exposure to trees made it easy to highlight forests as one of our top-of-mind climate change mitigation heroes. But are forests the only natural solution to winning the battle vs climate change? Certainly not.

Let’s review how carbon moves in our planet to know the other frontliners in this battle.

Carbon, like water, has its own cycle as it moves from one reservoir to another. However, unlike the water cycle, the carbon cycle covers a wider scope including the biosphere (all ecosystems), lithosphere (rocks), hydrosphere (bodies of water), and atmosphere. In all these spheres reside major carbon reservoirs  —  forests and soil, the atmosphere, sedimentary rocks, and the ocean.

According to Environment, The Science Behind the Stories, the atmosphere contains 750 gigatons of carbon. Forest, land plants, and soil hold 2,959 gigatons. The ocean holds 38,000 gigatons, while sedimentary rocks store 80.6 million gigatons. For scale, 1 gigaton equals 10,000 fully-loaded US aircraft carriers.

[OPINION] My old home by the sea All carbon on Earth, like the CO2 we exhale and fossil fuel emissions, circulate in fluxes. These fluxes transfer carbon from one reservoir to another through natural processes and, recently, human activities as well. The amount of carbon in reservoirs was relatively unchanged in human history until the Industrial Revolution. Humanity has altered the atmosphere, but it isn’t the only reservoir that is changing. The ocean is also changing, and it’s in the climate battlefield as well.

The biological pump takes carbon-containing compounds, including CO2, through biological processes from the ocean’s surface to its deep waters, where carbon can be stored for centuries. This process reduces CO2 concentration in our atmosphere. At present, the CO2 concentration is at 417 parts per million (i.e., 417 CO2 molecules for every one million air molecules), the highest in human history. Current concentration has already intensified the climate crisis. However, it could have been worse at 600+ ppm, if not for the biological pump.

And as the ocean commands a battalion of marine organisms, it has another troop abating climate change’s impact  —  the blue carbon sinks.

Blue carbon is the carbon absorbed by coastal ecosystems like mangrove forests and seagrass beds. Seagrass beds efficiently capture carbon from our atmosphere up to 35 times faster than rainforests, while an acre of mangroves absorbs up to 10 times more carbon than an acre of rainforest.

Evidence shows that the ocean is essential in addressing climate change. But why is the ocean still not a top-of-mind solution? 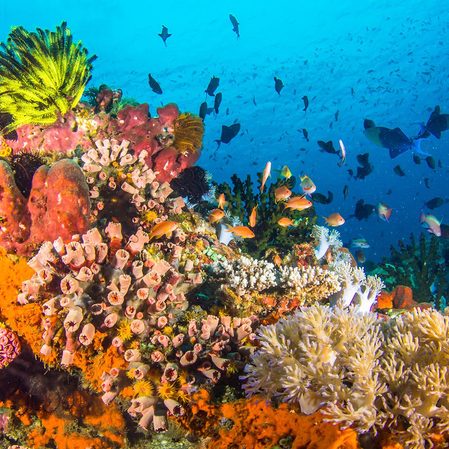 The portrayal of the ocean is a stark contrast to that of trees and forests. In Greek Mythology, Poseidon is portrayed as a god with a temper as turbulent as the ocean. The ocean’s unpredictability made it a fearsome force of nature to many, even to seafarers. Seafarers also proliferated ocean folklore, spreading fear, especially when the ocean was underexplored. The Kraken, for instance, was believed to have sunk Atlantic ships.

In modern times, the Kraken was featured in the movie The Clash of Titans, and it’s not the only reference to the ocean in the modern era. In 1975, Steven Spielberg made waves with the release of Jaws, a fictional movie that negatively affected the perception, and conservation, of sharks. In the words of film critic Jeffrey Lyons, Jaws “preys upon a fear that millions of people suppress when they go in the ocean.”

Anna Oposa, Save Philippine Seas’ executive director, believes that humanity’s lack of exposure to the ocean has somehow misguided our perception: “It’s out of sight, out of mind. To a lot of people, it’s just a body of water. Most people are afraid of it, are disconnected from it, so we can’t really see its potential.”

From a scientific perspective, the lack of focus on the ocean as a climate change solution could be a reflection of past research biases. Ethel Wagas, a coral ecologist at the University of the Philippines, noted that “most of the ecological principles originated from terrestrial studies” since it is resource-intensive to observe the ocean.

Wagas said, it’s also “easier to use trees as an example since it’s something that people can see and relate to.” This aligns with what Oposa emphasized: “It’s hard to explain to an average person that the ocean is a carbon sink. Plus, tree planting is very tangible and actionable.” 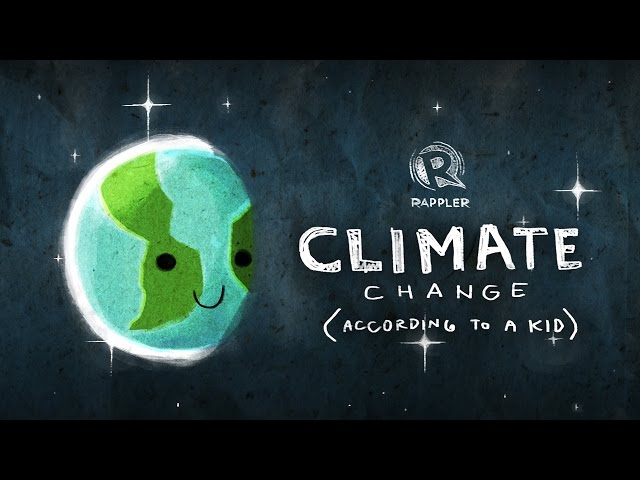 Despite these challenges, the tide is changing and the unsung hero is slowly getting long-overdue attention.

Recently, Hollywood released movies that touched on ocean conservation. Happy Feet tackled overfishing. Aquaman magnified the maltreatment the ocean receives from humanity. Moana showcased a vivid representation of the ocean’s role as our biggest ally in a global natural catastrophe.

More scientists are spending enormous amount of time on ocean studies. Various organizations are striving to improve climate literacy, protect blue carbon sinks, and lobby for policies with climate change in mind. However, longer strides are needed to educate those outside the conservation community about the importance of healthy oceans in climate change mitigation.

Oceans and forests have been remedying a crisis we started, all while shielding us from the crisis’ devastating effects. However, like forests, the ocean is receiving an onslaught of attacks as it marches head-on to battle climate change.

Humanity must protect the ocean. It needs people to rally against those destabilizing it. It needs the same level of support the public extends to other ecosystems. The ocean needs more people on its side as it works its way, wounded, in the battle vs climate change. – Rappler.com

Harvey Perello is an environmentalist advocating for healthy oceans and climate change mitigation. He’s also a project manager at Save Philippine Seas, and a climate reality leader of the Climate Reality Project. He is studying environmental science and is an oceanography researcher at Oregon State University.