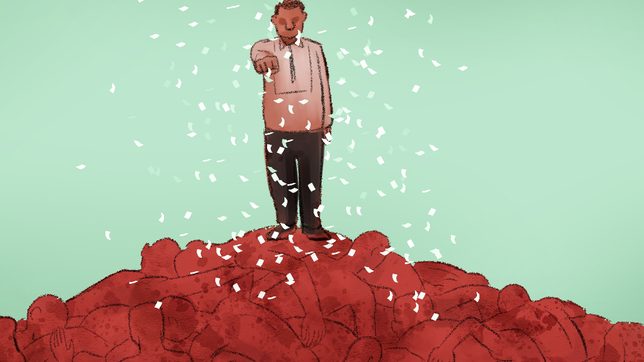 A recent opinion article published in a leading national publication attempted to assess how effective the Duterte administration was in achieving its original 10-point socio-economic agenda conceived in 2016. The commentary was authored by a foreign businessman with long-standing ties with the Philippines. The review covered items such as continuing and maintaining macro economic policies, increasing competitiveness and ease of doing business, accelerating infrastructure spending, and investing in human capital development, among others. He concluded that, “We may complain, as we should, of some of the excesses, misdirection, and abuses under President Duterte. But in terms of getting things done, this is a respectable performance.”

I believe the assessment highlights our clear need for higher-quality governance and is instructive on how we evaluate, select, and vote for our next set of national leaders in 2022. While striving to be balanced, I have two concerns with the assessment:

To evaluate the Duterte administration’s effectiveness in delivering on key items of their socio-economic agenda, we should benchmark their record versus performance metrics that are widely accepted and used internationally. For this purpose, I concentrate on the World Bank Ease of Doing Business Index, IMD World Competitiveness Ranking, Transparency International Corruption Perceptions Index, and the Bloomberg COVID Resilience Index.

The higher a nation is ranked in this index indicates better and simpler regulations for businesses and stronger protection of property rights.  Based on a ranking of 190 countries in 2020, the Philippines is at 95th place.  The Philippines is ranked last among the 6 largest Southeast Asian economies (Singapore at 2nd, Malaysia at 12th, Thailand at 21st, Vietnam at 70th, and Indonesia at 73rd).  The Philippines’ 2020 ranking is the same as our ranking in 2015, the last year of the Aquino administration, indicating no improvement during the Duterte administration.

The Philippines’ ranking also deteriorated in 2018 (113th place) and in 2019 (124th place). This implies that the Duterte administration has had limited success in improving regulations to spur economic growth and generating higher employment by lowering barriers and costs to start-up businesses relative to our ASEAN neighbor countries.

The IMD World Competitiveness Index ranks countries according to how they manage their competencies to achieve long-term value creation. The World Competitiveness Ranking is based on 334 criteria and covers 64 countries. To enhance an economy’s competitiveness, governments need to provide an environment characterized by efficient infrastructures, institutions and policies.

For 2021, the Philippines overall ranking is at 52 out of 64 countries. This ranking is driven in large part by scores on key metrics: infrastructure (59th place), government efficiency (45th place) and economic performance (57th place). This indicates marginal gains in our competitiveness rating compared to other countries during the course of the Duterte administration.

Transparency International ranks 180 countries on a scale of 100 (very clean) to 0 (highly corrupt). The Corruption Perceptions Index (CPI) evaluates countries by their perceived levels of public sector corruption.  CPI has a highly significant correlation with real gross domestic product per capita. Based on a ranking of 180 countries in 2020, the Philippines scored 34 (on a 100-point scale), landing the nation at 115th place. Benchmarked with the other 5 leading Southeast Asia economies, the Philippines is ranked last (Singapore at 2nd, Malaysia at 57th, Indonesia at 102nd, Vietnam at 104th, and Thailand at 104th).

The recent Bloomberg COVID Resilience Ranking puts the Philippines in last place (53rd) among the 53 countries included in the survey. The ranking is a monthly snapshot which measures where the COVID-19 virus is being handled effectively with the least social and economic upheaval. Bloomberg evaluates 53 major economies on 12 data points related to virus containment, economic health and recovery, and the extent and pace of a country’s re-opening. The Philippines’ 53rd place is attributed to having vaccine coverage rates still being one of the lowest in the world, having 2nd worst positive test rate (October 2021) meaning that the government is doing limited testing resulting in high likelihood of undetected infections, high social and economic costs exacerbated by having a relatively weak healthcare infrastructure, low levels of testing and contact tracing, over-reliance on lockdowns which pushed the economy in a prolonged contraction, and the inability to meet the goal of inoculating 70% of the population by year-end. This snapshot of international rankings and assessments of the Duterte administration’s performance highlights three points:

President John F. Kennedy once asserted, “Our problems are man-made – therefore, they can be solved by man.” We should take his statement to heart and take encouragement that we have in our hands the opportunity for a fresh start. – Rappler.com