Places associated with national hero Jose Rizal (1861-1896) often attract interest and fascination. Historical markers have been installed in them, like in his birthplace Calamba, and in Dapitan where he was exiled, and they have become part of heritage tour packages, prominently featured in tourism websites and brochures.

To commemorate his 150th birth anniversary in 2011, the Department of Tourism issued a “Rizal passport” as a way of encouraging Filipinos to travel around the country and explore age-old churches, train stations, parks, and little-known beaches, among others, where the national hero had been to.

One of the places included in the passport was the Gothic-Renaissance church of the former pueblo of Molo, now a district in Iloilo City, which Rizal visited during a half-day layover on August 4, 1896 while traveling from Dapitan to Manila.

Upon arriving in Iloilo in the morning, Rizal took a “quiles drawn by one horse” and went to the Escolta, also known as Calle Real or the modern-day JM Basa Street, where he bought a traveling cap. He was pleased by “the liveliness of the Escolta.”

“We went to Molo to see the church painted by a lad who has never left the locality. The governor’s palace is at the end of the Escolta, on the road to Molo. I was surprised to see all the carts and even the calesas drawn by oxen,” Rizal wrote in his diary.

“From Iloilo to Molo takes one half hour. We reach Molo. The church is pretty outside and the interior is not bad, considering that it had been painted by a lad. The paintings are mostly copies of biblical scenes by (French artist) Gustave Doré,” he added.

A block away from the Molo church, on San Jose Street, can be found a heritage house which has earned the moniker Casa Rizaliana, allegedly because Rizal had lunch there when it was still owned by his friend, lawyer Raymundo Melliza (1854-1945).

How Rizal and Melliza became friends remains unanswered, considering that the national hero only arrived in Spain in 1882, two years after the Iloilo native returned home after earning his Doctor of Laws degree from the Universidad Central de Madrid in 1879. There was also no indication that Melliza was involved in the Propaganda Movement because Graciano Lopez Jaena, La Solidaridad’s first editor and who was also from Iloilo, arrived in Spain only in 1880.

It was only later when Melliza involved himself in the campaign against Spain, after he joined his fellow Ilonggo elites in organizing the Comité Conspirador in March 1898, which spearheaded the revolution against the colonial government. He became president of the Estado Federal de Visayas, the short-lived revolutionary government in Panay from 1898 to 1899.

When the Americans took over, he was named associate justice of the Supreme Court but resigned a year later due to health problems. He became Iloilo’s second governor from 1904 to 1906 after which he devoted himself to farming. In 1935, he came out of retirement as the vice presidential running mate of General Emilio Aguinaldo in the Commonwealth elections.

In Melliza’s former house in Molo, which became part of heritage tour packages in Iloilo City prior to the pandemic, a huge painting of Rizal now hangs in its sala, supposedly honoring the occasion of the national hero’s alleged visit.

The story goes that Rizal visited Melliza to talk to him about Cuba as the latter was said to have just arrived from that Spanish colony where he served as a magistrate in the Supreme Court there. Rizal had volunteered his services as a doctor in Cuba during the outbreak of yellow fever.

In his article titled “Rizal’s short stint in Iloilo City” that was published in the July 20, 2007 issue of the defunct The News Today, the late historian Henry Funtecha cited “Angayen 1973” as his source, apparently referring to something written by the late journalist Loreto Angayen. 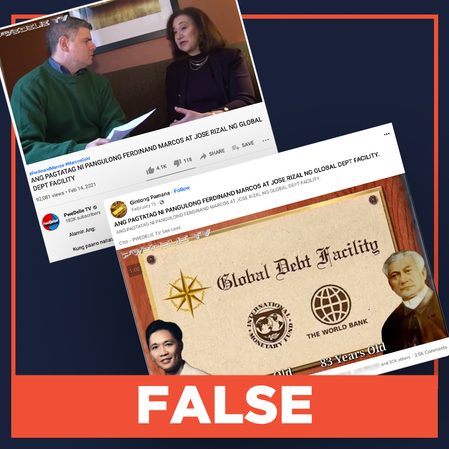 What Angayen wrote in 1973 cannot be confirmed at the moment as libraries in Iloilo City are still restricted due to the pandemic. Historian and former Iloilo Vice Governor Demy Sonza said Funtecha may have cited a newspaper article as Angayen had not written any book during his lifetime.

Meanwhile, Rizal’s diary and surviving copies of the Gaceta de la Habana and the Gaceta de Manila, the official gazette of the Spanish colonial government in Cuba and the Philippines during that time – all of which are now available online – disprove the veracity of the purported Rizal-Melliza meeting.

First of all, Rizal never mentioned in his diary that he visited Melliza in his house. If the meeting indeed happened, why would he omit it since he managed to record every detail of his trip?

Second – it was only on December 17, 1897 when Melliza was appointed secretary of the Audiencia de Habana, according to the February 2, 1897 issue of the Gaceta de la Habana. That’s four months after Rizal had supposedly visited his home in Molo to talk with him about Cuba.

It was not known whether Melliza had indeed accepted the appointment to the post vacated by Jose Lorenzo, but the May 25, 1897 issue of the Gaceta de la Habana shows that, as per notice dated April 21, 1897, he had been dismissed from service and was replaced by Vidal Morales y Morales.

Third – it was simply impossible for Rizal to have lunch at Melliza’s home considering the travel time from Molo to the port of Iloilo where his boat for Manila, the steamer España, was waiting.

“We returned to the boat on time. Many passengers, about 25, embarked for Manila, among them actors, the aide of the general who came from Iligan with papers and important dispatches, and a pharmacist. We left Iloilo at 12 or 1 pm,” he wrote.

The distance between Muelle Loney or the port of Iloilo and the church of Molo is about four kilometers, which took the horse-drawn carriage around 30 minutes to traverse. That would have given Rizal around two hours to go around Molo church and the plaza if he needed to be back at the port before noon.

Finally, and perhaps most significant of all, is the fact that it was also impossible for Melliza to have entertained Rizal in his home because he was not in Iloilo during that time but in Bulacan working as a judge of the court of first instance.

In fact, the day before Rizal’s visit in Molo on August 4, 1896, Melliza had signed a public notice involving a land title application filed by Don Jose Moreno Lacalle in the town of San Miguel de Mayumo in Bulacan, as shown by the August 10, 1896 issue of the Gaceta de Manila.

Various issues of the Gaceta de Manila during that period show that Melliza was in Bulacan from the last quarter of 1894 to September 1896.

Melliza was then appointed judge of the court of first instance in Laoag, Ilocos Norte as he had signed a judicial notice in that capacity on November 10, 1896 in a case involving some properties in the town of Badoc, according to the same publication’s December 16, 1896 issue.

During this time, Rizal was already in Fort Santiago awaiting for his execution, after he was found guilty of his involvement in the Katipunan. He was arrested on October 6, 1896 in Barcelona while on his way to Cuba.

Nereo C. Lujan heads the Public Information and Community Affairs Office of the Province of Iloilo.