[OPINION] Stop being in denial of the climate crisis! 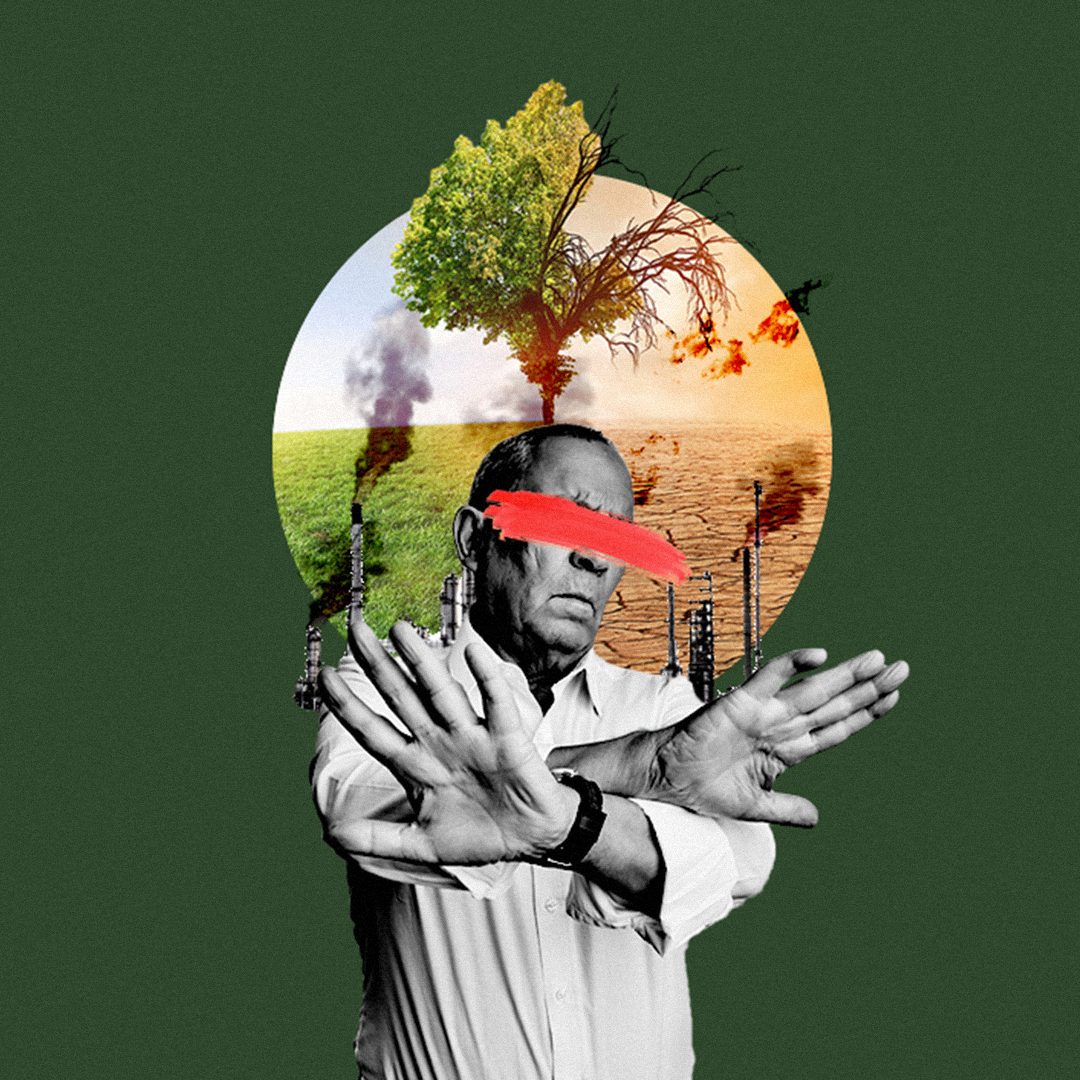 Facebook Twitter Copy URL
Copied
'Filipinos, one of the most vulnerable to the impacts of the climate crisis, already have relatively low awareness and understanding of it as it is'

Three years ago, I wrote a response article to a piece presented by columnist Yen Makabenta, who was claiming that the climate crisis is nothing more than a hoax. Recently, I discovered that Makabenta, who has shared fake news in the past, continues to publish weekly articles on climate denial.

It is the same story every time: cherry-picking quotes and datasets to suit his view; citing so-called experts that either have little credibility or are funded by those with interests in fossil fuels like coal; or ignoring the harmful actions of fossil fuel corporations themselves.

For instance, in a recent op-ed, Makabenta disputes the legitimacy of the latest IPCC report on climate change. He dismisses the notion of human activities causing the climate crisis as a “totally discredited” hypothesis, despite an overwhelming body of evidence saying otherwise. He also cites Tim Ball as a source, despite his questionable credentials on this issue. Then again, when a veteran columnist resorts to baseless name-calling, you know he has neither any valid argument nor credibility on the issue.

Yet Makabenta’s case is just the tip of the iceberg. Many readers of such articles who are not as familiar with the climate crisis might be influenced to believe the validity of such denial. Filipinos, one of the most vulnerable to the impacts of the climate crisis, already have relatively low awareness and understanding of it as it is.

Fake news has been difficult to curb in the Philippines and globally, especially when social media giants, especially Facebook, have let them happen. While most posts have ranged from historical revisionism to lies about the COVID-19 pandemic, climate change denial is also spreading on social media.

When misinformation happens on both mainstream and social media, what chance does a citizen who has no prior background on an issue have of discerning lies from the truth?

Never has it been more timely to discuss why we need to stop the spread of climate change denial.

Preventing climate change denial from appearing in media is not a violation of the right to free speech. There is a massive difference between healthy skepticism to avoid inaccurate assessments and outright asserting false information to be the truth.

To say something along the lines of “There is no evidence that humans are causing the climate crisis,” or “There’s cooling in one small part of the world, so global warming is not real,” is not an expression of an opinion, but a statement of factual inaccuracy.

A controversial communication of free speech is not the same as an intentional misleading of the public, all of whom are stakeholders to addressing such a critical, global problem. Every freedom comes with responsibilities; abusing this freedom only brings harm that could prove costly. This is a lesson that many Filipinos, from some top government leaders to the shameless, nameless, paid trolls, clearly have not learned.

To allow climate change deniers to freely spread false and deceptive material to anyone is unethical and irresponsible. It is disrespectful to the millions of people worldwide who have had to endure immeasurable loss and damage brought by the climate crisis, from stronger typhoons and storm surges to more intense droughts and heat waves. Climate change denial could also prove disruptive of the efforts of the Philippine government and other sectors to reduce greenhouse gas emissions (GHG) and adapt to the changing environment, in pursuit of sustainable, resilient development. It took years before the country submitted its first Nationally Determined Contribution, a voluntary commitment to climate action. The last thing we need are distractions like this.

On the global level, it has been more than 25 years since the first UN climate conference, yet action remains frustratingly slow thanks to the efforts of fossil fuel corporations and their allies in the media. These entities have been trying to cover up their role in causing the climate crisis since at least the 1980s, and are now resorting to greenwashing, among other tactics, to continue their pollutive operations and maximize profits at the expense of our collective well-being.

In the United States, a study showed that some of its most influential news sources published more press releases from groups against climate action than those advocating for it. Groups with scientific and/or technological expertise had the least-covered press releases, a situation that is similar to the Philippines.

We may have our own ways of viewing what is in front of us, but we cannot ignore something so painfully obvious just to suit what we believe in.

The truth is as clear as can be: human influence has led to global warming of around 1 degree Celsius. We are observing long-term changes in our oceans, lands, and atmosphere that has not been seen in centuries. Without drastically reducing our GHG emissions, we would be expecting more extreme impacts for decades to come. And it won’t care whether you believe humans caused this or not.

The time has come for media entities to elevate their fact-checking efforts, ensuring that they publish articles and op-eds in their print and online platforms based not just on impartiality, but also the validity and weight of presented evidence. They also need to develop specific standards on properly reporting and dealing with data and stories related to the climate crisis, which is a problem in the Philippines.

We also need our scientists and policymakers to enhance their efforts not only in communicating credible messages, but also in helping stop climate change denial. As much as climate advocates on the ground in the Philippines have been very active in its calls, it will take a collective effort to stop this problem.

We should be that concerned about the climate crisis, but we must not be afraid of facing it. Neither should we fear the truth, for it will set us free. – Rappler.com

John Leo Algo is the Deputy Executive Director for Programs and Campaigns of Living Laudato Si’ Philippines and a member of the interim Secretariat of Aksyon Klima Pilipinas. He has been a citizen journalist since 2016, focusing on climate and environmental stories.