[OPINION] The problem with #DisbarGadon By now, the events are familiar. Larry Gadon, a lawyer seemingly incapable of filtering his thoughts before they come out of his mouth, claimed that former President Aquino had died of HIV. The pushback, many from HIV/AIDS advocates and the LGBTQ+ community, drew from the usual arsenal: a hashtag, calls to file a case, and official statements.

The controversy Gadon invites and the condemnation of that cruelty share a predictability favored by creatures of habit. Instead, I am interested in the claim that punishing him would bring about justice. I do not believe it will.

Without in any way minimizing Gadon’s perverse statement and the pain it inspired, the escalation conflates punishment with justice. But punishment is driven by anger, while justice relies on love. If Gadon is ultimately disbarred or otherwise punished, this seems justified, but this is not the same as justice. And this confusion obscures the broader project of pursuing human dignity so that Filipinos living with HIV or AIDS may flourish.

Some pro-Duterte personalities bash Aquino even in death A wrongful act has been committed, and the emotions it provokes should be taken seriously. But if justice is in the intended outcome, then we need to do better at correctly identifying and harnessing the feelings that drive that pursuit.

In anger, a damage has been inflicted. We believe it was intentional or malicious. We feel wronged and tend to think that we have a “right” to correct it. We see this in the reaction to Gadon. Many pointed to the HIV/AIDS legislation and professional codes of conduct he reportedly violated. This appeared, for me, to demonstrate not how wrong Gadon was but how right advocates were. We might also look forward to punishing Gadon — a kind of restorative noble cause. Anger is both painful and pleasurable.

It’s appropriate that people are angry towards him. They care a lot about their safety, integrity, health, and wellbeing. If an outrageous behavior threatens their vulnerability, anger is well-grounded.

But anger is also problematic. It narrowly repositions complex human interactions into a singular thought: I want him punished so I can feel better. It is the fantasy that this payback would relieve the pain and humiliation. It wishes to remove the original injury or to return to a pre-injury status. It holds the magical thinking that Gadon would atone. Anger does none of these.

We cling to anger the expectation that the behavior of the wrongdoer will change or that it would frighten others from committing the same egregious act. I believe that HIV/AIDS advocates and many others had this in mind in their swift condemnation. This presumption is important. If the focus of the anger is only to inflict hurt without the hope that behaviors or conditions will change for the better, then this is frighteningly masochistic. Regardless, I do not imagine that Gadon’s behavior will change much of anything. 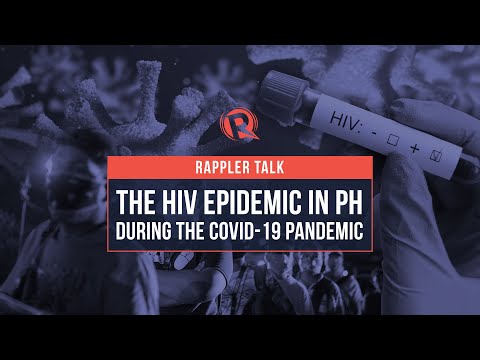 It will not likely lead to justice. If the intention of #DisbarGadon is to punish, shun, and feel victorious, the anger might work. It bears repeating that this does not preclude our anger nor the consequences of wrongdoing. Anger can be a signal against terrible things. If Gadon is ultimately removed from practicing law or otherwise carries the burden of his choices, this is sensible. Indeed, for many it is a tempting desirable outcome. However, if the intention is repair, reconciliation, and positive resolution — which are necessary footholds of justice — then the anger serves only a temporary motivation.

Justice requires meaningful communication with the wrongdoer. Where punishment avoids nuance, complexity, and scrutiny, justice demands them. It is ultimately concerned with the structures that keep injustice in place. Gadon is no structure, he is only one person. After giving in to anger, the next question should have been: what can we do now to sustain the broader project of securing human dignity? So, what would have been the preferred move towards justice? I believe that HIV/AIDS advocates and their supporters could have invited Gadon and the radio station that hosted him to a face-to-face conversation.

This may feel like a defeat, a giving up or giving in, but it is not and far from it. Instead, it shows that we have the emotional skills to make our needs known in real-time communication, rather than perpetuate the childish self-righteousness that other people are supposed to “just get it.”

It may well be that either Gadon or the radio station will reject the invitation. It may well be that narcissism will maintain the original statement, will offer no admission of guilt nor amendments to future behaviors, and will have no interest in honest, respectful dialogue.

This is fine. The invitation, even if ultimately rejected, signals the readiness of HIV/AIDS advocates and their supporters to move justice forward. It signals their willingness to break through and go beyond the impasse in which punishment is preoccupied with the idea that the wrongdoer should get what they deserve. It means they want to interrupt the cycle of escalation. By engaging in interactivity rather than shunning, systemic progress can be made. The invitation to dialogue would be socially transformative. It is something different, and difference is a threat to injustice.

Dr. Ronald Del Castillo is a consultant on social and behavior change communication and was professor of psychology, public health, and social policy. The views here are his own.