[OPINION] What is needed in a climate emergency law? Facebook Twitter Copy URL
Copied
'Lawmakers must highlight the importance of decentralizing powers and instead enhancing support for local governments, communities, and other local sectors'

For a country as vulnerable to climate change as the Philippines, it is surprising that only four local governments have officially declared a climate emergency. The most recent of these is the city of Makati, the country’s financial hub, years after Bacolod, Cebu City, and Tolosa, Leyte made their declarations.

It is painfully evident that more is needed moving forward.

No matter which angle is used to view this problem, the message is clear: climate change is an emergency that warrants urgent and effective interventions. Too many lives have already been lost from the disasters we have experienced. Too much loss and damage has already been incurred, which disproportionately burdens those with no contribution to the carbon emissions that triggered this crisis in the first place.

Several bills have been filed in both houses of Congress in recent years, aiming to officially declare a climate emergency, including those authored by Sen. Imee Marcos and Rep. Rufus Rodriguez. These aim to build up on House Resolution 1377 passed on November 2020, which did recognize climate change as a crisis that needs an urgent and effective scaled-up response. However, resolutions lack the force of law, which a new law would rectify.

[ANALYSIS] In the front lines of the climate emergency 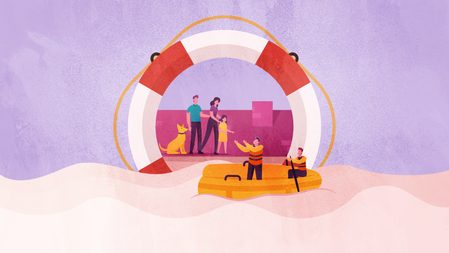 Among the salient features of these bills are the enhanced mandates for national government agencies upon the declaration of a climate emergency. These include the Climate Change Commission as the lead advisory policymaking body for climate issues, the Department of Education’s integration of climate change into school curricula, and PAGASA’s analyses into current climate change impacts.

However, several key national agencies are missing from these bills. Perhaps the most important of these is the Department of Energy, which is instrumental for enabling the inevitable just transition to a Filipino economy and society powered by renewable energy.

Doing so is necessary for reducing our carbon emissions and upholding the moral imperative for a vulnerable country like the Philippines to avoid following the same pollutive development strategies that caused the climate emergency in the first place. It would also help reduce the high energy and electricity prices, of which many of us are currently enduring.

There is also a lack of emphasis on climate justice and human rights, which are part of the core basis for declaring a climate emergency. Implementing adaptation and mitigation solutions is aimed at reducing vulnerabilities and risks imposed on most-prone sectors like women, children and youth, senior citizens, indigenous peoples, and the urban poor.

While climate justice has been championed by the government at the global policymaking arena, allowing human rights to be abused or violated due to the actions of fossil fuel industries contradicts its position. More importantly, it limits the capacity of the youth of today and future generations to pursue a high quality of life in the next few decades.

These bills also call for a multi-sectoral approach in addressing the climate emergency, yet they only highlight the role of the private sector in environmental protection. The lack of emphasis on the role of civil society organizations, communities, academia, and the media in solving related issues is more notable due to a decrease in inclusive climate-related decision-making from the previous administration. Addressing this is not an option but a necessity if the government is serious about implementing the “whole-of-nation” approach it has been highlighting for the past few years.

[OPINION] On losing your home, livelihood, and more due to the climate crisis For the next few months of debates over these bills, a key amendment involves empowering local stakeholders to enforce their own climate solutions as part of more inclusive decision-making. As frontliners in experiencing and responding to climate change impacts, lawmakers must highlight the importance of decentralizing powers and instead enhancing support for local governments, communities, and other local sectors.

Forms of support include more funding, technical aid, and capacity-building, to be coordinated with the Department of Interior and Local Government. Local decision-makers should be enabled to issue resolutions declaring a climate emergency, avoiding coal projects, and improving Local Climate Change Action Plans, in close collaboration with non-government actors.

Another important addition to said proposed legislation is to mandate national government agencies to finalize decarbonization pathways for the Philippine economy as part of its development plan and overarching climate action strategies. Departments with mandates on agriculture, waste, industry, transport, forests, and energy need to establish and publicly disclose the country’s strategies to reduce carbon emissions, especially its self-determined target of 75% decrease within the current decade.

Key to reducing emissions is to hasten the end of the era of fossil fuels through a just transition to renewable energy. These include a stricter enforcement of the coal moratorium, the Renewable Energy Act, and the Energy Efficiency and Conservation Act, and avoiding further investments in pollutive and/or high-risk energy sources.

It is also important that these bills enable the government to uphold and implement policies aligned with the findings of the Commission on Human Rights’ inquiry into climate change. The commission found that carbon majors can be held liable for human rights violations linked to climate change impacts, including on the now universally-recognized right to a healthy environment. This development is vital in the pursuit of climate and intergenerational justice and avoiding further loss and damage.

The time is long overdue for the Philippines to officially recognize that we are in the era of the climate emergency. There is simply too much at stake for the country to regard it as simply another item on the governance agenda or an occasional threat that comes and goes with the seasons.

When all is said and done, it is one thing to pass another law. Implementation is an entirely different matter. – Rappler.com