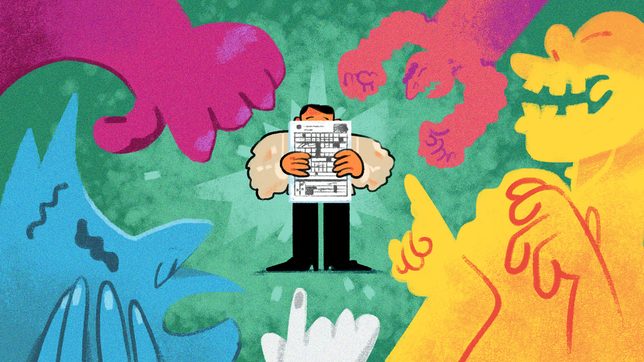 Facebook Twitter Copy URL
Copied
'Even though they do not have the political machinery, being a nuisance candidate does not mean that they lack vision and conviction'

Last August, the House of Representatives unanimously approved the final reading of House Bill 9557, which proposes heavier fines against nuisance candidates. Though the bill is new, nuisance candidates have been part of our country’s electoral politics and history. Every election season, we can expect that not everybody who filed their certificates of candidacy will be allowed to proceed with the campaign.

No less than the Commission on Elections provided the grounds for any candidate to be declared as nuisance candidate. Under the Omnibus Election Code, a nuisance candidate is someone who has filed a certificate of candidacy with intent to make a mockery of the election process; with the intent of confusing the voting public by the similarity of names of the registered candidate; or without a bona fide intention to run for office. If declared as such, the “certificate of candidacy may be denied due course or may be canceled.”

One can say that their presence adds drama and color to Philippine elections. But more importantly, the fact that we make a distinction as to whether or not a person is a nuisance candidate ultimately brings us to the harsh reality that our nation’s political landscape is elitist.

Philippine elections is expensive. Political aspirants would have to secure a great deal of financial and social capital if they want to win the elections. Even at the local level, you will be needing millions of pesos to fund your campaign. You should be prepared to spend on media advertisements, motorcades, tarpaulins, and many other election paraphernalia. A political party is also an asset, especially during campaign season. Even if they are not driven by ideology, we cannot deny that being a party member has benefits for the candidate in terms of building connections among its members and, more importantly, securing the votes of their constituents.  And of course, candidates bank on popularity. Being part of a political family can be framed by a candidate as a way of continuing the legacy of their grandparents or parents. In the case of showbiz personalities who are entering the world of politics, to be known can be one less thing to worry about. With the money to spend, connections to mobilize, and popularity to count on, the rich, the powerful, and the well-known surely have the advantage. These people precisely make up the elites in politics.

The nuisance candidates do not belong to this circle. Instead, they are like most ordinary Filipinos who belong to the masses. They have little to no money that can be spent on elections. They do not have a strong political party to count on. They are unpopular. Unlike the elites who we see on the television and posters and hear on the radio with their election gimmicks and jingles, nuisance candidates get media exposure only on the day they file their COC. If they are to be an internet sensation, it cannot guarantee that they will win or at the very least become official candidates.

As a public, we have mixed reactions when we encounter nuisance candidates. We mock and laugh at them. Some will regard them as crazy. Others will say that these people are just wasting their time attempting to join a game played and mostly won by the elites. But there are cases where we sympathize with nuisance candidates. For instance, netizens lauded the speech of Phil Delos Reyes, a security guard who filed his certificate of candidacy for senator:

He added that he will improve the quality of life of Filipinos through concrete solutions such as reintegration programs for persons deprived of liberty, universal housing, education for impoverished children, discounts on electricity, water, and internet services, and raising walls near rivers to prevent floods.

What does this mean? Even though they do not have the political machinery, being a nuisance candidate does not mean that they lack vision and conviction. Like us, the frustrations and hopes for a better nation that nuisance candidates have are realized from the day-to-day struggles of an ordinary Filipino. They are aware of the problems that need to be addressed. And the solutions that they give are concrete, even better than that of traditional politicians who sugarcoat their unclear plans and unfulfilled promises.

In the coming days, the Comelec will officially declare the official and nuisance candidates for the 2022 national elections. We can expect that the same names will be the ones who will make it to the final list of candidates. And there could be different faces who will take the seat of power, but they are mostly coming from the same circle of elites. But as a people, if nothing significant or much worse happens to our country in the years to come, then these official candidates and future leaders themselves will be the nuisance (panggulo) to the nation. – Rappler.com

Prince Kennex R. Aldama is an assistant professor of sociology at the Department of Social Sciences, UP Los Baños. He is the Vice President of the Philippine Sociological Society.