[OPINION] What should Philippine media do when the president lies? Facebook Twitter Copy URL
Copied
'The Philippine media should assess where they stand during these hard times: do they stand with the people whom they claim to serve? Or do they stand with perpetrators of hate and lies just to keep their businesses safe and running?'

Last November 17, the president once again spewed lies based on fake news and disinformation in a pre-taped press conference aired on government-run PTV4, as well as some independent networks. It was also streamed live on many major media outlets’ social media pages (although, ironically, the actual address was not really happening live).

In that particular press briefing, Philippine President Rodrigo Duterte started off his updates by ranting against Vice President Leni Robredo, saying that Robredo had claimed publicly that Duterte was missing in action during the onslaught of recent typhoons Rolly and Ulysses. Duterte accused Robredo of lying.

“I would like to just give a caution to the vice president. She made a blunder — a big one — and she practically lied, making her incapable of the truth,” the irate president said.

But Duterte’s recent tirade against Robredo does not have any factual basis. The hashtag #NasaanAngPangulo, which trended on Twitter during the past typhoons because of his absence in emergency response efforts, did not start from Robredo’s channels but from ordinary citizens who were genuinely looking for the president to be on top of such crises.

But what’s even more damning is that his address was aired on national television, and that media outlets were just letting him make false statements to Filipino viewers. 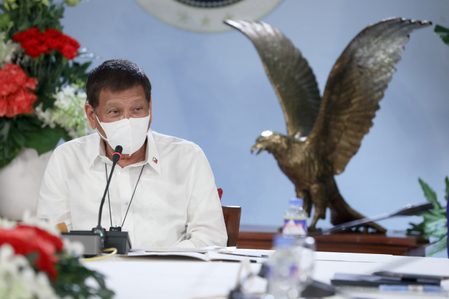 This makes me question the role of media during this age of disinformation. What, really, is our role as the people behind everybody’s TV screens? Can we just air reports based on what’s given to us and call ourselves “journalists” or “reporters?” Do our days end when we have aired or published what was given to us by presumably appropriate sources?

But what if our sources are liars?

During the recent US elections, when incumbent president of the United States Donald Trump addressed the nation by starting with a lie (“Good evening. I’d like to provide the American people with an update on our efforts to protect the integrity of our very important 2020 election. If you count the legal votes, I easily win. If you count the illegal votes, they can try to steal the election from us”), major broadcast news networks – specifically ABC News, NBC News, and CBS News – decided to cut off Trump’s monologue, only going back on air after Trump’s address.

While US media is far from perfect — I personally feel that their decision to cut off Trump’s hate speeches are 4 years too late — we can see that, at least, they have grown the balls to combat the spreading of lies on their own channels. For the first time, at least in recent history, these American media networks are choosing the welfare of their viewers over any breaking content, protecting them from disinformation.

Can Philippine media do the same?

My honest answer: I do not think so — not this year or in the near future. With how the current administration did dirty with the Philippines’ largest TV network ABS-CBN, as well as with independent social news network Rappler, it is, I guess, natural to assume that major media outfits have grown scared that they might be next. We must remember that they still are, after all, big private businesses at the end of the day. And how do media network owners (most of whom are rich businessmen and not journalists) make their decisions? Let’s call it as it is; it is always corporate profits over anything else. That is just the truth.

But I hope that the Fourth Estate can prove me wrong. I really wish that I am wrong. I hope that there are bigger balls behind those screens and pages. I hope that the Philippine media — my “home” for the past 5 years — is stronger and braver than it seems. There is pangil in there, I am sure, that we have just not shown yet.

So what should the Philippine media do when Duterte blurts out another lie?

They can do what ABC, NBC, and CBS did recently: they can cut it out of the pre-taped address. That would be a very brave move. Or they can still air the entire address, but the news anchors can tell the viewers afterwards that some statements made by the president have yet to be fact-checked. Or they can show graphic text overlay as Duterte’s speech is onscreen that says something like, “These statements have yet to be fact-checked,” or something that informs audiences that what’s being aired is opinion, not news.

These steps, while they may seem trivial to those working outside media, would be such a bold statement already, as if to say, Nope, our airwaves will not be wasted anymore on fake news. The Philippine media should assess where they stand during these hard times: do they stand with the people whom they claim to serve? Or do they stand with perpetrators of hate and lies just to keep their businesses safe and running?

[OPINION] When the media censors itself 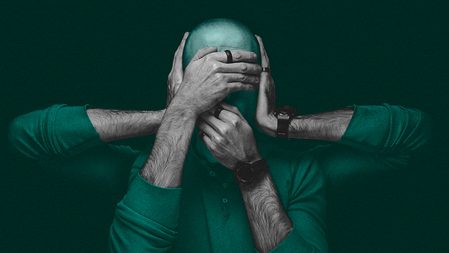 We in the Philippine media — from the owners to the reporters — should question our integrity. With all our professional achievements under our belts, will we just allow ourselves to be messengers of someone’s agenda? Do we just stick with the perception that everything that comes out of the president’s mouth is always important?

If our answer is yes, then we are not worthy to be called “journalists” — we are just couriers of a message.

The media plays such a huge role not only in informing the public, but also in helping the public come up with their own opinions on important issues. I hope we can do this. I believe we should. – Rappler.com

Juju Z. Baluyot is a television producer and writer. His thoughts, ideas, and opinions do not necessarily reflect those of his affiliations.