[OPINION] What’s the value of one vote? 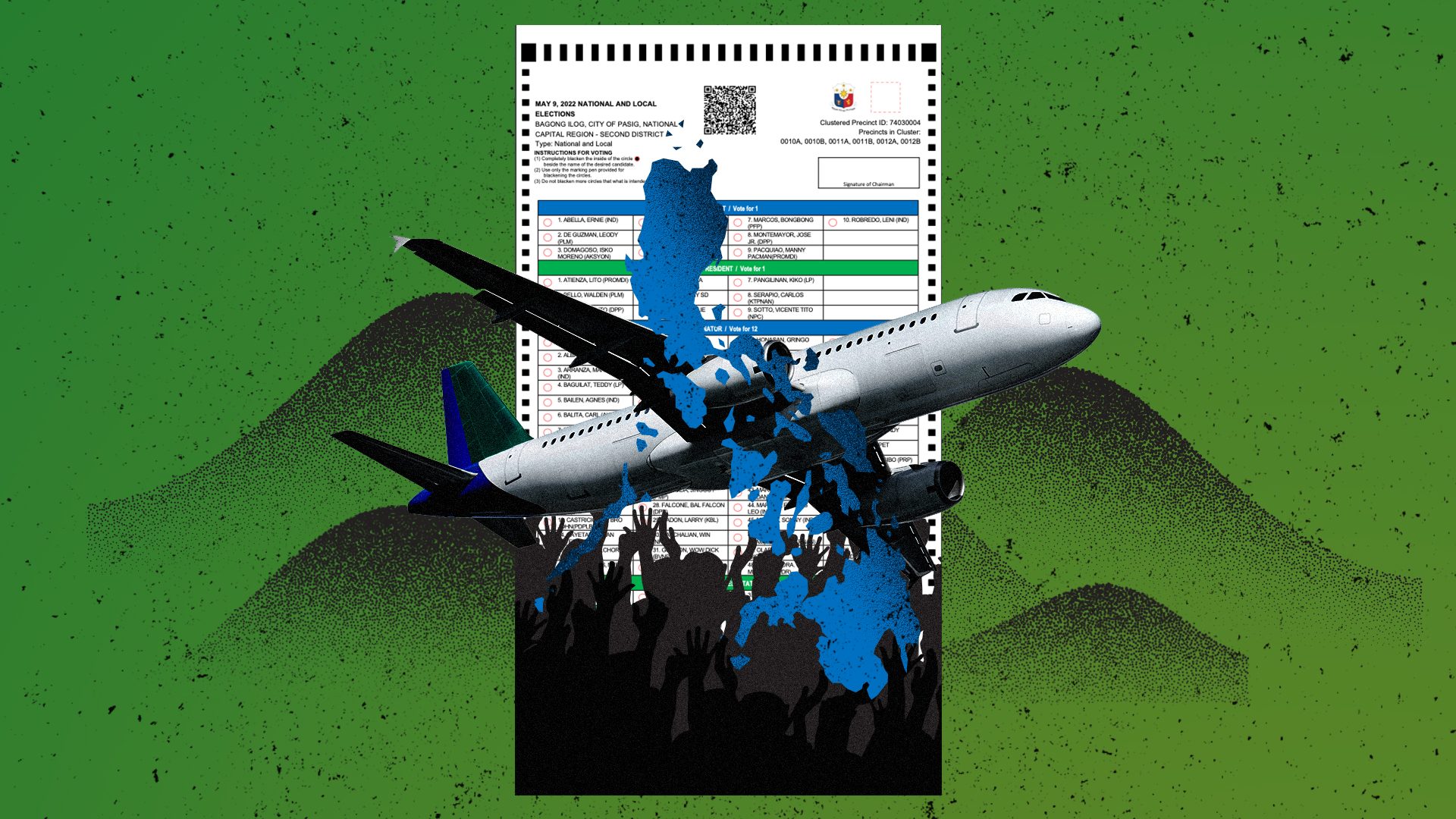 Facebook Twitter Copy URL
Copied
'As a regular middle class professional, I often thought that my life didn’t really change much, regardless of whoever was in power'

Although the official campaign period for the 2022 Philippine elections only lasts 90 days, pretty much any Filipino with eyes, ears, or social media can notice that red, pink, green, or plaid are imbued with more meaning than usual. Social media, especially, has been a battlefield for the past few months and years. An argument can even be made that the preparations for this election have spanned decades of revisionist history and partisan education, rehabilitation of reputations, and development of name recognition.

Unlike other countries, where battle lines are drawn between liberal and conservative, labor and management, in the Philippines, it’s all about the personalities. Political dynasties rise and fall. Athletic and entertainment careers fade with age, only for familiar names to reinvent themselves as candidates for public office. Massive sums of money are churned through political machinery, even though the salaries of public servants pale in comparison to the resources needed to secure positions of power.

Different countries have different systems. In parliamentary systems, it is the political party that matters. The party, or coalition of parties that have the most representatives, form the government, with the party leader as the prime minister or chancellor, and the minority parties in opposition. This type of system is prevalent in British and other Commonwealth countries. Elections don’t always happen on a regular schedule in this type of system, where the head of state can hold power as long as they have parliamentary support.

The US has its own unique twist, with its electoral college, and its bicameral Congress. Having started as 13 separate colonies and grown into 50 states, America attempts to split the difference between giving power to each state and representation to the population. Each state gets two Senators, but each state’s population determines how many representatives it gets to send to the lower house. In this system, it is not actually the popular vote that elects the President, but 538 electors roughly equivalent to the number of Congressional representatives.

While a tiny minority of states divide their electoral votes proportionally, most states are winner-takes-all. It doesn’t matter if you win a particular state by one vote or by millions of votes – the winning party usually gets all the state’s electoral votes. This helps explain how presidents like Trump or Bush can get elected even after losing the popular vote. If the smaller states all swing one way, they can total up enough electoral votes to defeat the more populous states.

In the same way, while Republicans represent less of the population than Democrats, they typically win enough of the smaller rural areas to project their power disproportionately. Democratic power bases typically rest in bigger more diverse states, but they have to win a higher percentage of the vote just to break even. California is by far the most populous state (over 39 million), and by itself, it would represent the world’s fifth largest economy, but a voter from Wyoming (approximately 582,000) has roughly nine times the power of a voter from California. 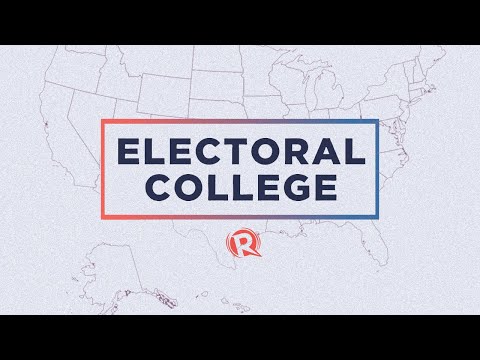 Meanwhile, in the Philippines, we use the popular vote. It doesn’t matter how many barangays or provinces or consular posts you win. What matters is the total of the votes from registered Filipino voters all over the country and around the world. That’s why politicians target vote-rich areas, and why squatter colonies proliferate, as localities with more population have more voters and more resources allocated.

This can be good or bad. For better or worse, Comelec can cancel voting in war-torn areas like Afghanistan and Ukraine, as there are so few registered overseas Filipino voters there that they are not statistically significant. 2022 is the first year since overseas Filipino voting started in 2004 that the number of registered overseas voters has declined, partly due to the pandemic bringing many OFWs home.

According to the Bangko Sentral, personal remittances from OFWs reached $34.88 billion in 2021, equivalent to almost 9% of GDP. In terms of power though, the overseas Filipino vote is not as strong. With roughly 1.5 million overseas Filipino voters out of the roughly 67 million total registered voters, that puts the overseas Filipino vote at only about 2% of the vote. This means that the tenth of the Philippine population that is overseas accounts for at least a similar proportion of the economy, but has a disproportionately small voice when it comes to elections.

Would it be more fair if overseas voters had more say? Maybe, if you consider the contributions made to the economy. Maybe not, if you acknowledge that we left the country for greener dollars and pastures. People from the province often decry the disproportionate power of what they call Imperial Manila. Would it be more fair if Visayans or Mindanaoans had more power as voting blocs? Or is the North really that solid?

Should each individual voter’s vote be totaled then considered as a whole, like we do now with the popular vote? Or would it be better to Americanize the system and let provinces speak with one voice, regardless of how close or how wide the eventual margins are? If we tweak the system, does that result in a more fair outcome, and if so, more fair for who?

How to report 2022 election violations 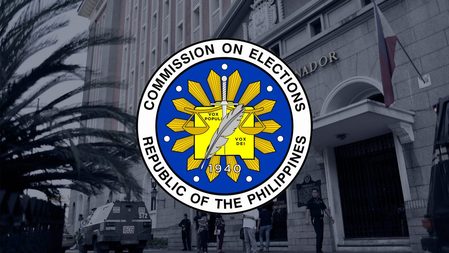 It is what it is

I end this with a confession. Even though I am a natural-born Filipino citizen, I have never cast a vote for president, and it looks like this year is not going to be the year that I do. While I have spent half of my life living in Manila, I left to go to college in America at the age of 17, before I was eligible to vote, and before overseas Filipino voting was allowed. I landed in the US right before the 2000 election, when Al Gore won the popular vote but George W. Bush won the electoral college controversially, based on a court decision that stopped a recount in Florida (where his brother was governor). Each of them had gotten over 50 million votes, but it came down to 538 Floridian votes that swung Florida’s 25 electoral college votes W’s way. Not being American at the time, I could only watch and observe, unperturbed.

Even though I returned to the Philippines in my mid-20s and stayed ’til my mid-30s, I never got around to registering to vote. One election season I happened to be in Cebu, nowhere near my home precinct in Metro Manila. Another time I was abroad on vacation. As a cynical young adult, I also often thought that my one vote didn’t really matter. I was just one Filipino amongst millions, someone who wasn’t super rich vying for government contacts and contracts, nor very poor and in need of government assistance. As a regular middle class professional, I often thought that my life didn’t really change much, regardless of whoever was in power. The last time I renewed my Philippine passport though, I figured I might as well register to vote, and even voted for senators and one party-list representative in 2019. I moved around the time of the election, but the US postal service forwarded my ballot to my new address. I updated my local Philippine consulate right away, and followed their posted advisory and updated them again in 2021, even receiving a reply from their official email. I asked them if I needed to do anything else, and all they said was “thanks for the update.”

You would think that if the consulate replies to acknowledge an address change, then all would be good. Imagine my surprise when after multiple calls and emails, the consulate informed me that they sent my ballot to the wrong address again, and that they expected me to drive 355 miles (almost six hours) to change my address in person, and that I would have to rely on the new person living at my address to return my ballot to them (rather than just tossing it in the trash) and for my name to appear on a list of returned ballots for me to be able to drive the 355 miles again to exercise my right to vote.

I recognize the privilege I have that the consul actually answers my emails, whereas I can’t imagine Comelec replying to an average Metro Manila voter. I acknowledge the power of Rappler’s platform to share my voice. If my younger self could talk to me now, he’d probably tell me not to waste my effort – that my one vote probably doesn’t matter in the grand scheme of things. But if I could tell him and every other registered voter one thing, I would say that voting is a right and a duty, not to be taken lightly. Somehow this election feels different, maybe because I recently became a parent and now I care about my child’s lifetime, not just mine. But I hope that for my sake, and for the sake of every other Filipino anywhere in the world who has no voice and no impact on this election, that the voters that do have that power exercise it wisely. One voter’s vote might not seem like much, but I can tell you honestly, I’d rather have that choice than not. – Rappler.com

Jath Shao is a Filipino-American lawyer who practices immigration and high-net-worth family law. Currently undefeated in court, he enjoys litigation almost as much as he used to enjoy basketball before the pandemic.