In terms of social media usage, Filipinos are still leading the world, based on the Digital 2021 study by We Are Social and Hootsuite; the average daily time spent on social media by Filipinos clocks in at 4 hours and 15 minutes.

Nowadays, most people use social media for leisure, particularly for entertainment. This sometimes involves exposure to content by various social media influencers. Some of this content is considered thought-provoking, motivating, and life-changing. But some of it is questionable.

For example, in her Facebook page, Donnalyn Bartolome posted that people who have jobs should not be sad but instead should be happy because they have a chance to change their lives. She went on to say that people should just be thankful for their jobs because they are considered a blessing. But if people are unhappy, she then hopes that they can find a job that will make them happy.

Another example is Rendon Labador’s comment about students who do protest rallies in the streets, wherein he posited that they are the type of people who just rely on others for their well-being. He contended that a person’s life does not depend on the leaders of the government. He then also described these students as palamunin, or jobless people who only depend on others to live.

This kind of mindset among social media influencers is alarming and harmful. The likes of Donnalyn Bartolome and Rendon Labador are people who have misguided principles in life and lack an understanding of the sociological dimensions that explain the conditions of different Filipinos, especially the ordinary working class.

The social status of an individual depends on the socioeconomic privileges that one has for acquiring resources. This status can be ascribed through one’s birth or can be achieved by choice, merit, and individual effort, which can be made possible through one’s performance, talents, abilities, and opportunities.

The factors that affect one’s social mobility depend on environmental, biological, and cultural factors such as sex, gender, intellect, ability, fortune or sheer luck, physical appearance, education, skills, parental status, and government interventions, among others.

Donnalyn Bartolome and Rendon Labador should understand that not all people have the same opportunities as they do. Some people are deprived of opportunities. It is impossible to be a successful person if they don’t have the resources to materialize and actualize their life goals. Donnalyn should understand that people who are unmotivated to go to work may be experiencing mental health issues, personal problems, lack of recognition and rewards, a low salary, transportation issues, exploitation, abuse, and other related factors. Rendon should also understand that these students are just doing their roles as active citizens in their society. And the government should listen to the clamors of their people, because they have a big role in helping them move up the social ladder by creating and implementing policies in accordance with the people’s needs and interests.

These social media influencers should check their own privileges so that they will understand the conditions of other Filipinos. As per Brazilian educator and philosopher Paulo Freire, conscientization is important to cultivate where individuals can have an understanding of their own social reality regarding the reasons why they experience their current condition, which can be done through reflection and thus taking action against the oppressive elements that perpetuate it.

On the other hand, sociological imagination is another important aspect of understanding the class struggle. This can help individuals based on the following: to see what is going on in the world and what may be happening within us; to see that many of our problems can be attributed to what society is responsible for; to see that many of our personal problems can be transformed into political issues; to see the intricate connection between the patterns of our own lives and the course of history; and to know what this connection means for the kind of person we are becoming. These benefits will be really helpful for us to look at what is going on around us and to see their connection to our own personal experiences. 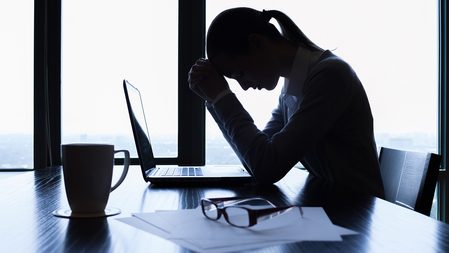 Furthermore, schools play a critical role in shaping the minds of students in order to accomplish this. Teachers should teach students how to study by analyzing and providing critiques towards the current state of their society.

Teachers should also employ critical pedagogy. Teaching should, as Paulo Freire argues, challenge learners to examine power structures and patterns of inequality within the status quo.

If students are taught critically, then they can become active citizens who partake in initiatives and mobilize movements that address the socioeconomic and political issues of their country instead of maintaining the oppressive order.

Classrooms should also employ transformative education so that students can make informed decisions and actions. This intends to empower students to see the social world differently, guided by an ethical lens, that challenges them to change the status quo by becoming agents of change in our society.

If this is the kind of mindset that digital citizens have, I think this can influence people on social media to correct misguided principles that circulate in cyberspace, by spreading awareness on how to think critically with a sense of understanding and empathy.

I believe that social media influencers should also be influenced by these lenses in order to have a paradigm shift in their mindset. But more than being influenced, essentially, is the fact that knowing and immersing themselves in the actual experiences of the ordinary working class can be more transformative. – Rappler.com

Joseph D. Ramiscal is a senior high school teacher at the Nemesio I. Yabut Senior High School. He finished his Master of Arts in Education, Major in Social Science at the National Teachers College. His topic of interest in academic writing revolves around education, teaching/pedagogy, and social science education.