[OPINION] Why the 2022 presidential candidates must have a global outlook All the candidates vying for the presidency of the Philippines must already communicate their global strategic outlooks to the electorate. This will allow Filipinos to understand how their prospective heads of state view the country’s future engagements with the international community.

As May 9, 2022 nears, this public policy exercise could counter trapo-style behavior. Presidential candidates would be encouraged to articulate their visions for an independent Philippine foreign policy. That, or get exposed as non-strategic-minded trapo-elites out to protect their narrowly-vested interests.

Indeed, whether the Philippines likes it or not, both its State and society remain impacted by the crises-prone capitalist world system. These predicaments — the crisis of the capitalist economy, rising regional political-security tensions, an unrelenting COVID-19 pandemic, and the climate change emergency — all combine to destabilize the current situation. Hence, whoever shall control Malacañang by June 30, 2022 must be able to guide the Philippines and its people toward a safer and more stable future.

The Filipino masses should at least be aware of the basic foreign policy intentions of the presidential candidates, particularly in terms of the escalating power rivalry between the United States and China. How would any impending government address such external relations issues and concerns?

For example, the 2014 RP-US Enhanced Defense Cooperation Agreement (EDCA), which allows American imperialist forces to have access to, and maintain, operational control over Philippine military bases and facilities, is scheduled for its 10-year review before April 28, 2024. Since Manila can still unilaterally terminate the EDCA by “giving one year’s written notice” to Washington, any decision to do so by the new administration will have to be initiated by the first quarter of 2023. Meanwhile, the 50th year of the establishment of bilateral diplomatic relations between Manila and Beijing will be commemorated on June 9, 2025. This landmark agreement stands on the “One China Policy” related to the historical conflict between China and Taiwan. This longstanding quarrel, which continues to intensify, involves regional security dimensions directly affecting the Philippines’ territorial disputes with China. How would the next Philippine president engage Beijing, as some regional states are beginning to shift from their previous One China stance under American pressure?

The latest news from America also points to a likely presidential return for Donald Trump by January 2025. How should Malacañang prepare for this, given the former US president’s highly erratic foreign policy, which rattled the international equilibrium as late as early this year? Conversely, the Communist Party of China (CPC) is slated to conduct its 20th National Congress in October 2022. Whether or not Xi Jinping will remain as the General Secretary, China can be expected to expand upon and deepen its geostrategic thrusts. This scenario, which would be based on the current party line “Xi Jinping Thought on Socialism with Chinese Characteristics for a New Era,” is in preparation for the Chinese state’s rise to great power status in time for its centennial on October 1, 2049. How would Malacañang’s incoming occupant respond to a fortification of China’s own global outlook and development?

Furthermore, the ASEAN (Association of Southeast Asian Nations) is set to celebrate its 60th anniversary as a regional bloc on August 8, 2027. Over the past decade, however, various ASEAN member states have been constrained to align their long-term interests with either the US or China. Hence, one of the world’s oldest regional formations is degrading its historical unities due to great power competition across the region. In this setting, how would the Philippines — as an ASEAN founding member — position itself within a weakened regional body, whose collective leadership continues to uphold strong autocratic and anti-democratic regimes repressing their own people?

Amid the broader geostrategic undercurrents shaping the Asia-Indo-Pacific, Manila will be enticed to join major regional projects along economic and security tracks. For instance, what should Manila’s bearing be toward the Comprehensive and Progressive Agreement for Trans-Pacific Partnership (CPTPP)? This neoliberal trade pact, comprising 11 Asia-Pacific economies, is already attracting China’s attention, in contrast to the lingering apathy of the US. Likewise, how should the Philippine State respond to the AUKUS (Australia-United Kingdom-United States) and Quad (Quadrilateral Security Dialogue) alliances by next year? These dual mechanisms of militarist aggression are driven by America’s objectives targeting China.

WATCH: China not happy with strategic trajectory of Australia – expert 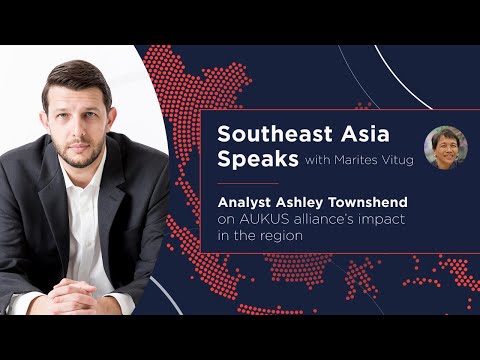 Yet, the subject of foreign affairs has rarely been a national electoral concern in the Philippines — even for presidential candidates. This politically immature trait is due to the backward and underdeveloped capitalist system operating in the country. The latter’s social majority — the masses of poor working people — remain systemically oppressed, exploited, marginalized, and repressed by the bourgeois ruling-class elites. Because of this, the poor Filipino masses, living in dire material conditions, are alienated as a class inside their own society. In effect, many have grown to disdain attaining any better grasp of key issues and concerns affecting society in general, including alternative solutions.

Clearly, Philippine mass media still has a very vital role to play in educating the country’s public during and in between electoral cycles. The media can help by raising critical questions centered on policies and platforms, instead of on non-issues and personalities. In this regard, progressive issues and interests concerning Philippine foreign policy can be a starting point. – Rappler.com