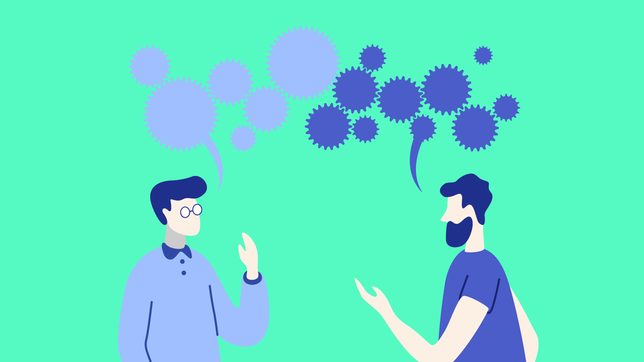 Facts are crucial for without them we run the risk of turning to unfounded intuitions that could endanger ourselves and others.

We rely on factual information to build trust, confidence, and consensus among one another. We seek medical advice whenever we feel fragile and listen intently to the weather forecasts, as much as we depend on the years of expertise of our farmers in tilling our lands.

The ongoing health pandemic and climate crisis coupled with the scourge of political disinformation and conflict-centered polarization, however, are causing a major pushback in the way we see the value of facts in our daily lives.

We pretty much have an idea of who the main culprits are in this scenario, including but not limited to elected leaders and politicians who amplify the “I can instantly solve everything” rhetoric that is unwarranted and oftentimes against the very idea of a shared consensus.

But this is not the space to name and shame the actors behind the anti-democratic and anti-science narratives. Rather, we focus on the potential of science communication as a democratic advocate of facts and reason.

Science communication, which comes in many names like science popularization and public understanding of science, generally deals with ways in which factual and scientific information are communicated to various publics and within different sociopolitical contexts.

In other words, the understanding and practice of science communication are dependent upon the needs of the public it wishes to serve. We say “serve” to underscore the civic and progressive role of communicators in conveying useful and relevant information to members of society, particularly in the Philippines and other parts of the Global South.

Cognizant of the challenges surrounding the state of science in the country, such as the miniscule state funding for research and development and the dismal performance of our students in the global assessment on science and mathematics, the more reason there is to support initiatives that can raise our appreciation of factual and science-based information.

We need an inclusive notion of science that recognizes the diverse understanding and application of scientific information aimed at realizing the day-to-day but also the long-term needs of the marginalized groups and the general public.

This means, among other things, valuing the systems and practices put in place by farmers, fisherfolk, and indigenous peoples, as well as acknowledging the important work of scientists, scholars, journalists, and community workers on the ground.

In the academe, inclusive science means engaging the broadest possible schools of thoughts belonging to social sciences, arts and humanities, and natural sciences. There are indeed many sciences of communication which outline numerous sets of tools used by scientists and interdisciplinary scholars in their respective fields.

At the University of the Philippines Los Baños (UPLB), for example, the Department of Science Communication housed at the College of Development Communication (CDC) is in a unique position to revisit the potential of science communication considering the department’s immersion in a wide array of scientific and developmental work.

Much has certainly changed since September 1989 when Juan F. Jamias, professor at the then Institute of Development Communication (now CDC), articulated the thrust of science communication, that is, to communicate science and technology and their products to the larger society. Yet until today, the essence of this brief account is imbued in the activities of the department as it continues to expand its hold of scholarship and practice.

This is a broad picture of how science communication is at thriving UPLB, and we are confident that our colleagues from other institutions of higher learning are taking (or at least about to take) a big leap forward to harness the power of facts and science.

Science communication, both as a scholarly field of study and a collaborative community practice, must nevertheless recognize its own biases and limitations. While it alone cannot resolve the entirety of the complex mess that we are in, science communication offers viable prospects that can address the cataclysm of our times. – Rappler.com

Jefferson Lyndon D. Ragragio is an assistant professor at the College of Development Communication, University of the Philippines Los Baños. He has a PhD in media studies from Hong Kong Baptist University. He tweets @JeffRagragio