[OPINION] Why the hate on the homeless? 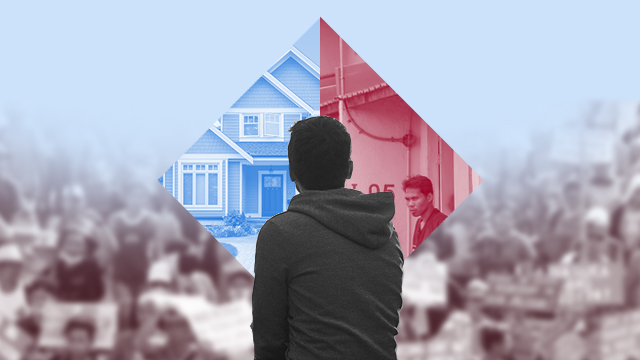 I can’t remember a time when reportage on issues concerning the urban poor and homeless have not been largely slanted against their favor in some way. Floods, pollution, a slow economy, crime and even laziness are often wholly pit on the least fortunate in Philippine society. This was even before Kadamay became a household name.

Recently, the terms used to describe Kadamay’s actions have been defamatory to say the least with “invasion,” “attack,” and “takeover” being some of the most frequently used. Almost as if, we are actually being overrun by an outside force when in fact nobody can deny that Kadamay’s members are actually the poor, homeless and underprivileged that our laws are supposed to serve.

Battle of the classes

Does it make us feel better about ourselves (middle class professionals) when we hear these types of stories and proliferate this skewed perception of our kababayans? Their actions are dismissed as that of misplaced entitlement to public housing but aren’t the homeless supposed to be sheltered in the first place? It says so in Article XIII, Section 9 of the Constitution. Moreover, don’t most people in a position of relative privilege exude their own sense of entitlement to the opportunities presented to them?

We have to stop thinking that all Filipinos are given the same set of tools and avenues for a better life. Kadamay members are not asking for mansions, they are merely calling to utilize some of the smallest, shoddy shelters the country has to offer mainly because nobody was going to use them in the first place.

More importantly, they are not doing these things for themselves. Aspects of the organization that the media repeatedly leave out of the discourse is that Kadamay seeks to encourage all Filipinos, especially the poorest to act and for their rights to be upheld because nobody is going to do it for them. Least of all, the state which has made the vital mistakes leading up to the current dilemma with idle housing.

I do not own a home, nor a mansion, and I work every day as a teacher and as an administration officer for one of Metro Manila’s universities but I am far from the situation of homelessness and extreme poverty faced by millions of Filipinos. This does not change the fact that nobody wanted to be born into poverty and most are ill equipped to deal with the worsening circumstances that follow. I do not think I would be where I am today without the social conditions that brought me here.

On the other hand, there is a particular kind of elitism that blames poverty on the poor. As if hundreds of years and generations of them have yet to figure out that hard work is the only answer out of the slums.

Kadamay’s continued actions, have forced us to take a look at the homeless and re-evaluate our own situation. Our country has the largest homeless population in all of Southeast Asia, hardly a coincidence. It is not pleasant but we have to confront the continuing neglect of the Philippine government under President Duterte of the housing crisis.

It has been a year since we all learned of the idle housing phenomenon, more than a hundred thousand rotting away. It’s been more than five years since both the National Housing Authority and Malacanang under the past two administrations knew about this and have done virtually nothing to rectify this.

We should do more than checking our privileges, which only implies we look inward. At the moment, it would do us better to understand the homeless and uplift them. Besides, looking inward does not hurt; and comfort is rather a millennial-middle-class privilege. The homeless’ efforts at organizing themselves should not push us to react in fear and disgust but take lessons and ultimately stand with them as fellow Filipinos.— Rappler.com

Krupskaya Valila is a faculty member of the College of Communication of the Polytechnic University of the Philippines.