[ANALYSIS] A lesson from the hills: Confronting sickness and infections among the Tau-Buhid 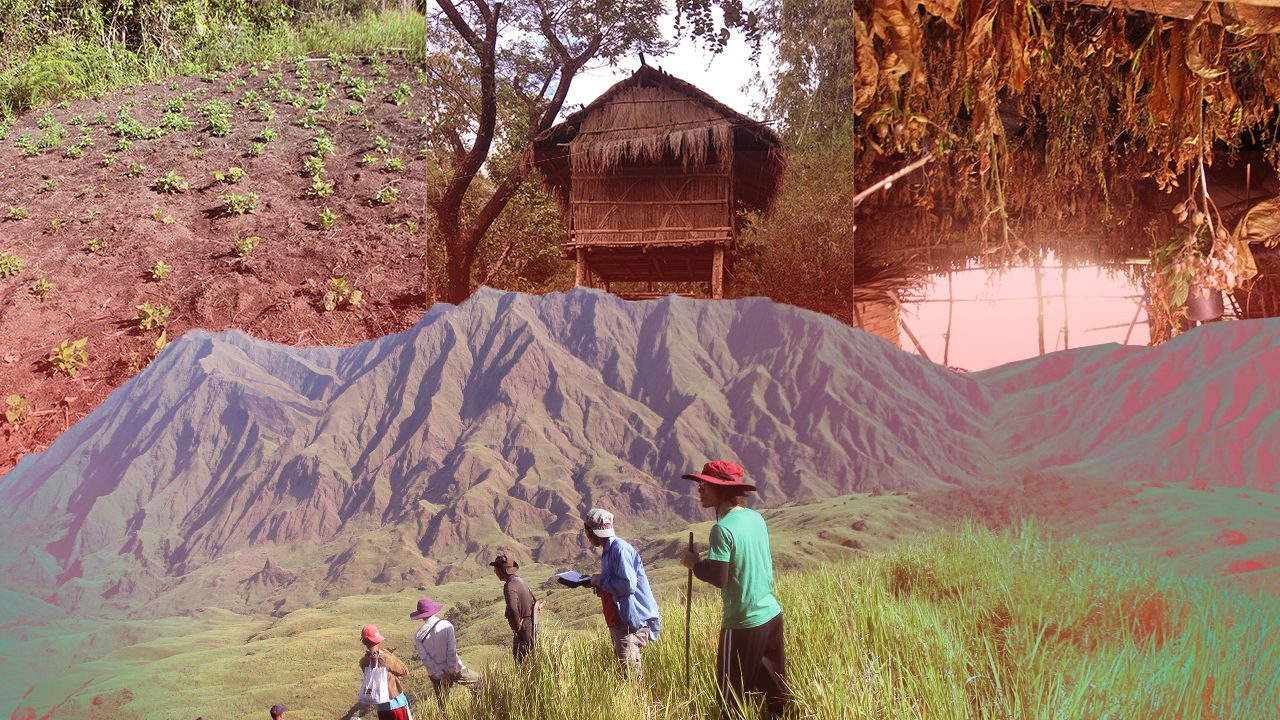 Facebook Twitter Copy URL
Copied
'What happens when cultural understanding about diseases is suddenly disrupted by a rapidly spreading illness which may be unknown to healing traditions?'

The upland Tau-Buhid are a group of Mangyan in Mindoro who subsist autonomously on swidden cultivation, hunting, and foraging in remote regions overlapping with Mts. Iglit-Baco Natural Park (MIBNP).

Among many reasons, they restrict access to their villages to prevent spread of diseases which may be introduced to them accidentally by lowlanders (siganon). MIBNP is frequented by outsiders because of its scenic landscapes and the Tamaraw (Bubalus mindorensis).

In their medical system, a disease or any ailments may be considered “sickness” (efakasaytan) or a state of being unwell. Sickness is a broad concept addressed each with specific medicines called balugbugan. Maladies are diagnosed as either spirit affliction or lowland infection. There are medicines for illnesses that are spiritually caused. Their cures are administered in their rituals specific to each ailment.

For example, wounds that do not heal and turn rotten are understood in terms of sorcery. Sorcery is a right-making dynamic founded on a moral philosophy that “he who is guilty dies.” Victims are viewed to have been indebted to someone but did not repay wilfully. Indebtedness includes emotional hurt and/or actual material damages to another. This may comprise offenses such as in property rights, non-fulfillment of promises, betrayal of trust, lying, cheating, false accusations, and other actions that may cause ill feelings to others.

As repayment, the creditor may seek the life of the debtor as a form of exactment. Averting, or lifting a curse, is through a healing ritual performed by a fufuama (elder, grandfather literally) with a sacrificial pig and sets of balugbugan consisting of herbs, soil, roots, and stone minerals sourced from their sacred mountains. Healing may work for some maladies but not for others.

Hence, someone who could not be healed is left to oneself because they believe that one’s own life could repay the debt one had incurred, and nothing more. In some cases, when children die, they are considered as payments for their parents’ debts.

Traditional views on sickness make the Tau-Buhid world complex through an interwoven connection of spirit and biology. Yet this also makes life and death simply intelligible. This is because a prolonged sickness is understood as a willingness of the aggrieved sorcerer to forgive only if he could be repaid with what was lost, while sudden or slow death is perceived in terms of the gravity of an action or debt that cannot be corrected or exacted even through forgiveness. Thus, families whose relatives die suddenly put their case to rest given the notion it has with it. This makes grieving bearable for them.

In other words, for the Tau-Buhid, sickness is a condition connected to customs addressed not only in terms of a cure but also of the moral transgression that caused it. Such cultural notions are pervasive, and command community order and unity among them.

But what happens when cultural understanding about diseases is suddenly disrupted by a rapidly spreading illness which may be unknown to healing traditions? It’s a problem some indigenous cultural communities face today worldwide.

Sicknesses that are symptomatic of lowland infections are those accompanied by a flu or its symptoms (running nose, cough, chills, fever, among others). When members contract the illness, they are placed in an elevated hut, the height of a full-grown tree, like an infirmary, built either in the periphery of or outside the community. Such protocol is also applicable even to sick nursing children whose mothers are required to accompany them during isolation.

There, the sick is assigned helpers who could provide food and medicine sourced from lowlands. Lowland medicines such as paracetamol or their variants are administered because there is no balugbugan available for such lowland illness. If healed, it would take an extended isolation before they – helpers included – can finally be reintegrated into the community.

Strict containment rules are reinforced through some cultural practices. For example, with many betel chewing ethnic groups in the Philippines, the Tau-Buhid are among those who are an exception, although lowland Tau-Buhid began shifting to tobacco leaf chewing (pit-pit) recently. Instead, they are known for their bagtu or pipe smoking. For many elders, smoking serves as an insect repellant, especially for mosquitos, and as a mouth antiseptic. Unlike lowlanders who inhale the smoke up the nostrils before releasing it, the Tau-Buhid retain the smoke only in the mouth then blow it out after some time. Hence, smoking is seen as a healthy activity encouraged even among children.

Tobacco (sulod) smoke is believed to repel any contagions in the air which may be inhaled, especially when lowlanders are around, such as in meetings requiring their presence. More so, preventing infections through contact is buttressed by a belief that ancestral spirits would be disturbed by a lowlander’s prolonged presence in their communities. The dead are regarded to live among them, and thus disturbing them is thought to cause catastrophe.

Overall, unknown diseases are dealt with through immediate enforcement of village closure. It is not new but something that has been traditionally done since time immemorial. Elders know that isolation is only precautionary while they try to seek for any available resources which may formulate a balugbugan, even if it seems impossible.

Today, elders are aware that the coronavirus disease (COVID-19) is a biological illness which may never have any traditional cure. Recently, I learned that a few days after the lockdown, the Chief had requested the government to close MIBNP and limit the rangers’ entry to enforce further isolation – or “quarantine” in the present lexicon. Upland communities through their respective fufuama cooperate not just because it has been a practice in the past but because they understand its importance to their collective survival.

Perhaps the government could learn from Tau-Buhid elders who know that any abrupt order imposed on their people without regard to how they understand a common need for disease containment will find non-cooperation. Recently, we have been called pasaway. But pasaway as a cultural form of resistance against quarantine-induced order cannot be dismissed only as a problematic attitude. It is one that is symbolic of Filipinos longing for an order that is more inclusive of political and economic differences.

Pasaway is our collective response whenever a constitutional model of governance that helps us identify who we are as Filipinos is challenged by a tyrannical imposition. This behavior is reflective of anthropologist Tania Li’s notion that “local realities are more complex than policy models suggest.”

In a larger society like ours, the Constitution serves as our manifesto for common survival.

In my view, therefore, an idea of a cyclical long-term quarantine directed from above will not gain cooperation until the State devises strategies that respect our Constitutional rights – rights which, like the Tau-Buhid, encapsulate a shared understanding about life, sickness, and death. – Rappler.com

Christian A. Rosales is an anthropologist working intermittently among Mangyan communities since 2007. You may email him at christianrosales2556@gmail.com

For a social science framework related to this essay, see his article, “Sorcery, Rights, and Cosmopolitics among the Tau-Buhid Mangyan in Mts. Iglit-Baco National Park in Agham-Tao. 2019. Vol. 27 (1): 110-159” available at Philippine Social Science Council.