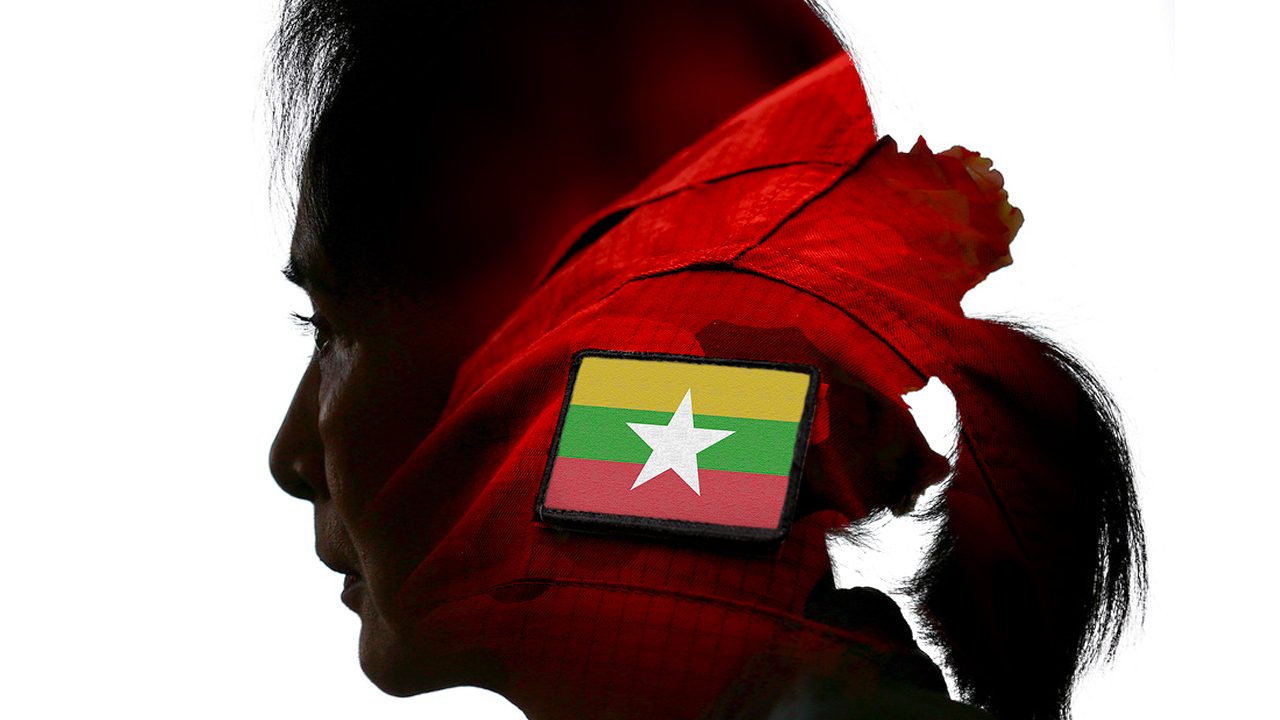 In the early hours of February 1, the day Myanmar’s newly elected parliamentarians were to take their seats, the armed forces arrested senior members of the National League for Democracy (NLD), including State Counselor and NLD leader Aung San Suu Kyi and Myanmar President Win Myint. The military declared a state of emergency, announcing it will govern the country for one year, after which it promises fresh elections.

Understanding this political crisis requires unpacking the role of the military in Myanmar’s beleaguered democratization, the calculus of Commander-in-Chief Min Aung Hlaing, and a geopolitical context dominated by China.

The military claimed that the November 8, 2020 general election — in which the NLD won 396 of 476 contested seats in the bicameral parliament, while the military-backed Union Solidarity and Development Party (USDP) won only 33 seats — should have been postponed due to the COVID-19 pandemic. Military leaders alleged massive fraud, although international and domestic election observers have thus far found no such evidence. Meetings between the military and the NLD collapsed after Suu Kyi reportedly rejected all of the military’s demands, which included postponing parliament, abolishing the election commission, and recounting the votes from the November election with military supervision. While the military’s actions appear indefensible, it also appears that Suu Kyi overestimated her ability to wield another electoral mandate.

The collapse of the power-sharing arrangement between the armed forces and civilian government fits a troubled historical pattern. Myanmar’s military-authored 2008 Constitution enshrined provisions that enabled the armed forces to step back from absolute power in 2011 without fear of reprisal but left Myanmar’s civilian government weak and especially vulnerable to a coup d’état.

In 2020, the NLD proposed dozens of constitutional amendments aimed at curtailing the military’s influence by reducing its guaranteed allotment of parliamentary seats to below 25%, lowering the over-75% threshold to pass constitutional amendments (which effectively grants the military a veto), and transferring control of the armed forces from the top general to the president. The military vetoed all amendments that would have reduced its political power and regarded the NLD’s efforts as a direct threat to its privileged position.

Min Aung Hlaing’s political calculus is also important for understanding the takeover. His second five-year term as commander-in-chief was expected to end upon reaching the mandatory retirement age of 65 in July 2021. Had the USDP and its allies won at least a third of the contested parliamentary seats in the November election, they could have elected him president with the aid of the unelected military parliamentarians. This would have enabled him to designate his successor with the approval of the military-dominated National Defense and Security Council, a function he could not constitutionally perform as commander-in-chief.

After the NLD’s landslide victory, claiming electoral fraud and seizing power may be what Min Aung Hlaing regarded as his last opportunity to ensure military guidance of Myanmar’s “disciplined” democratization while protecting the economic gains of his cronies and avoiding prosecution. Given Suu Kyi’s age and lack of a political heir apparent, the military may be looking to hold power until it can shape a more compliant civilian government.

International reaction to the military takeover has ranged from measured calls for dialogue and stability from the Association of Southeast Asian Nations (ASEAN) to protests and condemnation. On January 29, 3 days after the armed forces publicly refused to rule out a coup, a group of Myanmar-based diplomatic missions representing Western countries issued a rare joint statement opposing any attempt to alter the electoral outcome. After the takeover, US Secretary of State Antony Blinken demanded that “[t]he military must reverse these actions immediately.” President Joe Biden threatened new sanctions. The military, not known for its economic competence, must now contend with capital flight from what was Southeast Asia’s fastest growing economy in 2016, as well as the COVID-19 pandemic. All of this will likely set Myanmar’s economy back years.

The military also faces a domestic population that overwhelmingly supports the NLD and is likely furious that hard-won, albeit partial, democratization has been so abruptly halted. Furthermore, the military’s disrespect for domestic institutions has implications for the tortuous peace process with armed ethnic groups in Myanmar’s borderlands. Groups that negotiated ceasefires with the central government may increasingly doubt Naypyidaw’s intentions for peace and inclusive development, raising the danger of further cycles of violence. With less legitimacy and capacity than when they previously ruled the country, military leaders appear to be acting in self-interest rather than the national interest.

Diplomatically, Myanmar has risked returning to pariahdom because of military atrocities against Rohingya Muslim ethnic minorities in Rakhine State. Since 2017, over 750,000 Rohingya have fled to refugee camps in neighboring Bangladesh. Aung San Suu Kyi’s outspoken defense of the armed forces despite international condemnation and her refusal to disavow anti-Rohingya hate speech severely tarnished her global reputation as a Nobel-winning champion of democracy and alienated international supporters. Suu Kyi may have calculated that doubling down on nationalism would protect her from being outflanked by the military and Buddhist extremists, allowing her to secure a larger electoral victory and ultimately strengthen civilian rule by amending the constitution. That gamble appears to have failed spectacularly. Unlike many of Myanmar’s diplomatic partners, China has avoided criticizing its “friendly neighbor.” Beijing provided economic and diplomatic lifelines to the previous military regime in exchange for access to natural resources and extensive political influence, generating concerns in Myanmar that the country was becoming dangerously overdependent on China. Political reforms enabled Naypyidaw to reduce that dependence, but as international opprobrium mounted over the Rakhine crisis, China continued to defend Myanmar against human rights criticisms at the United Nations while pouring investment into the country and supporting the peace process with ethnic armed groups. As Myanmar has moved further into Beijing’s orbit, it is again becoming vulnerable to overreliance on China, and Chinese diplomatic leverage. The return to military rule will accelerate this process at a time of heightened tension in both Sino-US and Sino-Indian relations.

Yet, Myanmar’s political volatility also threatens China’s interests in a stable environment for its infrastructure projects and strategy for accessing the Indian Ocean. On January 12 — less than 3 weeks before the military takeover — Chinese Foreign Minister Wang Yi visited Myanmar to discuss cooperation on a wide range of issues with Suu Kyi, Win Myint, and Min Aung Hlaing. That the takeover happened despite Beijing’s extensive investment suggests that greater stability might have been achieved by collaboratively promoting good governance in Myanmar.

Myanmar has confronted colonialism, intercommunal violence, military dictatorship, and civil war. Securing stability requires tolerance across political fault lines, rule of law, and respect for the expressed will of the people. Myanmar’s military subverting democratic processes bodes ill for human rights and geopolitical stability. The crisis poses an early test of President Biden’s vision for a coalition of democracies, but it also highlights the need for regional powers to rise to the challenge. Both Seoul and Tokyo regard Myanmar and Southeast Asia as important elements of “new southern strategies” to economically diversify away from China.

As key US allies and leading Asian democracies, South Korea and Japan should join willing ASEAN partners in issuing a statement demanding the release of civilian leaders, immediate access to Myanmar by international observers, and a commitment from the military to reverse its seizure of power. As China will likely block action by the UN Security Council, coordination among regional stakeholders and global democracies will be critical to an international response that places the people of Myanmar, and their self-determination and prosperity, at its center. – Rappler.com

Leif-Eric Easley is Associate Professor of International Studies at Ewha University in Seoul.

This article is distributed with permission by Pacific Forum’s PacNet.