[FIRST PERSON] ‘To catch a moonbeam’: Memories of Maria Ressa in college 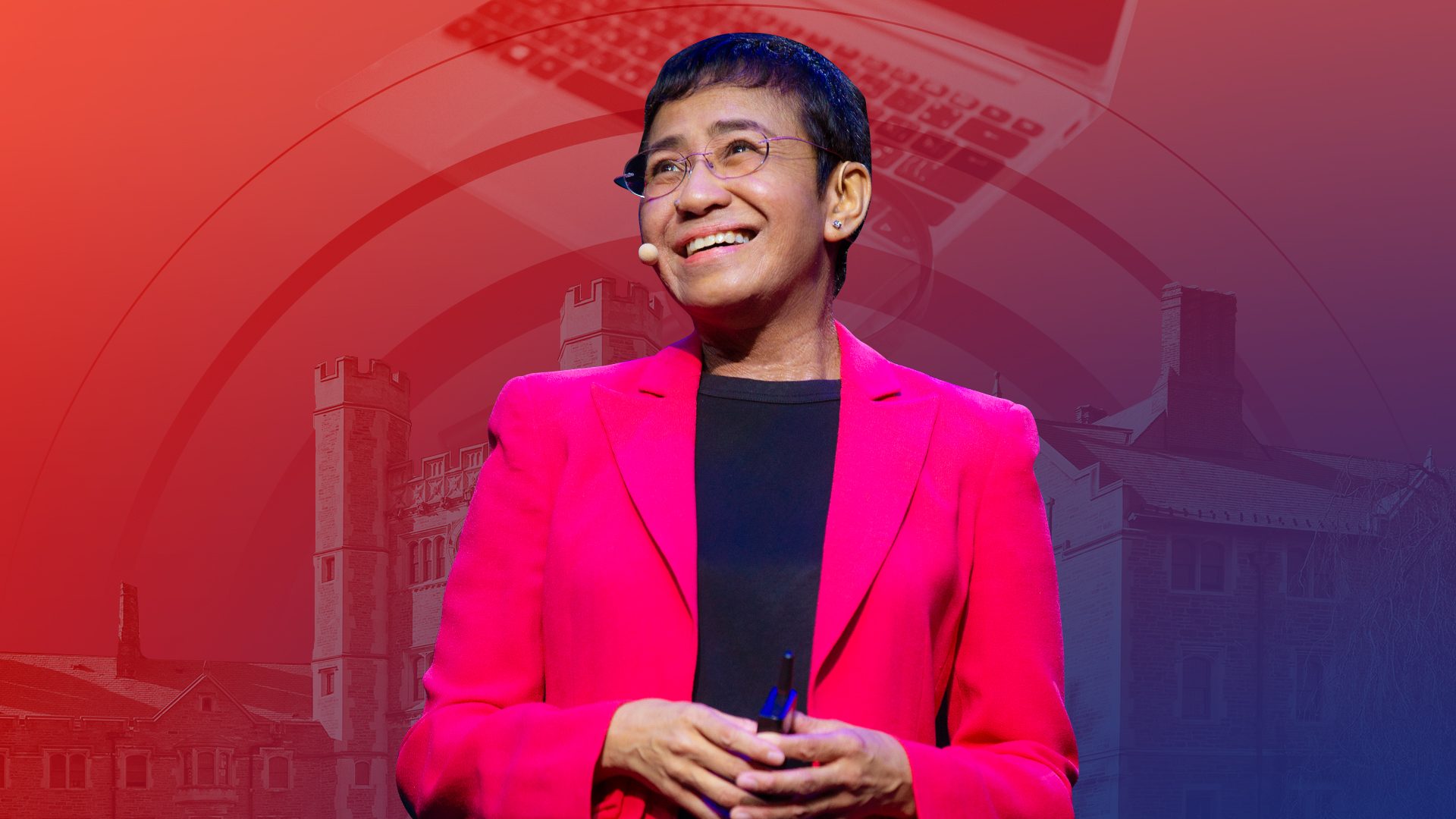 Facebook Twitter Copy URL
Copied
'I remember she partly paid for school by working in food services, helping cook breakfast in Wilcox, and that she had originally planned to major in pre-med'

As Maria walked out of the courtroom masked, surrounded by lawyers, journalists, and government officials, my heart sank seeing the cold anonymity of the injustice she faced. Looking closer at the screen, my jaw relaxed slightly, as that familiar inquisitive look in her patient eyes peeked out above her mask with characteristic determination and quiet intensity. A spark of hope was rekindled when I realized Maria’s optimism was intact.

My mind wandered back to our college days at Princeton surrounded by Gothic buildings, cavernous libraries with endless rows of books, and grassy courtyards buzzing with idealistic teens. Maria and I were randomly placed in the Wilson/First/Hobson residential college near the southern end of campus. She lived in a single in Walker Hall, one of the only old stone buildings in our 1960’s-era constructed courtyard of buildings. She lived in the first entryway with a dynamic group of classmates: Maria, Leslie, Margaret, Julia, Suzy, Tina, Sally, Karen, Elisabeth, Ed, Doug, Dave, Neil, Ken, Bill, Bill, Eric, and a few I am sure I have forgotten. The defining characteristic of the old entryways was that the showers were located in the basement and no matter how high up you lived in the dormitory, you had to make the journey every day to the depths of the basement to brush your teeth, shower, and use the restroom.

Trying to reconcile the buoyant, eternally curious, and intellectually insatiable Maria from our college days at Princeton with the terrifying images of officials taking her from her Rappler office on fabricated charges was surreal. Speaking to her at our last college reunion and hearing the urgency in her voice about the important role the social media companies were playing in the global war on truth and disinformation, I watched incredulous as division grew deeper in both of our communities, as extreme ideology took sway over so many, and as online threats turned into real-time violence. I heard Maria’s sparkling clear words echo in my mind, “We are the test case, Mary. The same could happen to the US.” The Philippines had been the test case for the sowing of division through social media and the consequences were beginning to play out in democracies around the globe. Maria and the brave journalists at Rappler had drawn their line. They were not going to back down to dangerous lies being sown online about them. As they vowed to #HoldtheLine, my worries for Maria, the Philippines, and the United States grew. Did we have the fortitude to come together, to separate the fact from the fiction, to appeal to our higher angels? For the first time in my life, I wasn’t sure.

Maria was from the Philippines via Tom’s River, NJ. Freshman year of college, she favored vests and feathered hair, and we were both quite dependent on our glasses. It is funny what you remember when your friend becomes a presence on the world stage. I remember she was an actor. I had forgotten she was a musician playing the violin and the guitar. I remember she partly paid for school by working in food services, helping cook breakfast in Wilcox, and that she had originally planned to major in pre-med. Maria moved with the efficient beauty of a hummingbird. She did not waste one morsel of this opportunity for which she had worked so hard. Learning was a delight for her and her enthusiasm was contagious.

All of the actors on her stages became her collaborators. Maria was always like that. She shared! President of the Princeton Class of 1986, Elisabeth Rogers, said that Maria was respected by her peers as an “actor’s director.” They were both very involved with Theatre Intime which was an entirely student-run organization at the time. Maria, Paul Berman, Elisabeth, and many others were deeply involved in running the theater and mounting productions there and learned “on the job.” One of the first plays Maria directed was Agnes of God starring Jessica Gould as Agnes and Elisabeth Rogers as Mother Superior. According to her best friend Leslie Tucker, Maria also directed About Last Night with Rob Brink.

Her good friend Olivia Bruce remembers hunting all around town looking for some nun’s habits for the protagonist in Agnes of God. Olivia also worked with Maria on the play Comings and Goings. Their main overlap was in the theater program and English classes. She recalled, “We were in an acting class together, and I watched her and helped work on the plays she directed, including her thesis. She is a natural leader – actors wanted her direction and her approval (which you see with the Rappler reporters now!) – and she’s so even-keeled, and calm, especially in difficult situations. She works so hard – all the time – and doesn’t know how to stop! I have always loved her wide-eyed, taking-it-all-in spirit and energy, her sharp intellect, and great sense of humor. AND her optimism! Never met an insurmountable problem.” Leslie Tucker shares vivid memories of the humorous times they shared staying up all night to write their creative theater theses in the computer lab that seemed so far from the center of campus (though in reality it was at most three blocks away). Once in Professor Jean Claude von Itallie’s playwriting seminar, Maria mischievously observed, “Jean Claude, we haven’t read any of Leslie’s scenes.” Leslie hadn’t prepared any work for that day and was astounded that Maria had tattled on her like that to the professor. Leslie asked Maria why she had done that and she sweetly replied, “I want to be your friend.” Leslie also remembered how Maria would always punch her in the arm to get her attention and recalled that she “had a permanent bruise on her upper arm and that she used to howl, ‘Ow! Leave me alone, you violent short person.’”

I subconsciously started humming a few bars of “How do you solve a problem like Maria?” from The Sound of Music as I called college friends for their memories of Maria. In my mind, I pictured Maria in the movie rushing into the abbey with her guitar, enthralling young children with her enthusiastic heart, mischief, and music, challenging the older nuns with her spirited pleas, and leading others out of danger with her faith, will, and love. I found myself giggling with memories of the common area above Wilcox Hall where we liked to hang out in the evening by the foosball tables. Her dear friend Olivia remembers one night sitting in the common area as Maria played her guitar and Olivia worked on a popular rock song called “Leather and Lace” with her. My mind jumped between the memory and the movie, “Why would anyone want to solve a problem like Maria?” Wasn’t she the one taking on these huge problems? In fact, wasn’t she not only defining and facing the danger, solving the problems, and saving us from the virtual threats that materialized and threatened to destroy her? Have you had any luck trying to “catch a moonbeam” in your hand? – Rappler.com

Mary Slattery Johnson works at Syzygy Global Education. She is fascinated with how new forms of media are changing the literacy landscape. She was a classmate with Maria at Princeton University and attended graduate school at Stanford University.