[OPINION] An anthropologist on rethinking history to inspire the future 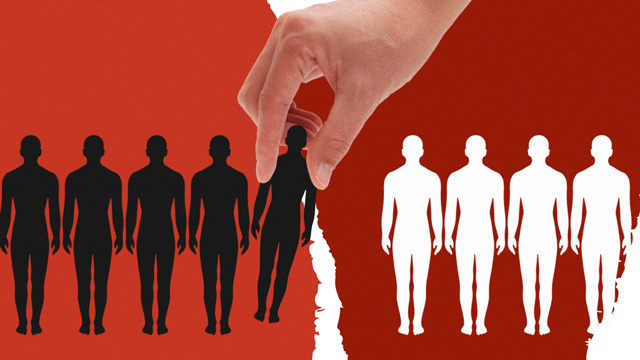 While growing up in Tinambac, Camarines Sur, I would hear elders connect “primitiveness” and lack of social progress with the Agta group who visits our town to sell mountain products. This view is racist at its core and does not have a space in our contemporary society. However, this perspective continues to be part of our experiences, as almost all of us who were educated in the Philippine history curriculum learn about the waves of peoples arriving in the islands.

While it is archaeologically supported that the Agta (or Aeta) are one of the very first groups that populated the Philippines, our basic education history textbooks' narrative about them is denigrating. The deep history of the Philippines is more complex than what the Waves of Migration Theory (WMT) suggests; that there were “waves” of different groups of people with varying degrees of skin tones and social and technological sophistication. Unfortunately, this model was still covered in two textbooks as recently as 2010 (Kapaligirang Pilipino, Anda 2010; Pilipinas: Isang Sulyap at Pagyakap, Rama et al. 2006). An Araling Panlipunan (Social Studies) teacher that I spoke to also confirmed that WMT was part of the Grade 4 curriculum a few years ago but that current textbooks do not include this anymore. However, they add that they are not yet equipped to provide an appropriate narrative. (READ: [OPINION] I'm already a minority. Do I need to learn more about racism?)

The popular narrative of Philippine population origins speculates that the first group to inhabit the islands was the dark-skinned pygmies classified as the Negritos. They currently inhabit interior mountain ranges across the Philippine archipelago because, as postulated by the model, of their “inferior culture.” They were pushed to the mountains when a second group arrived, identified as the Indonesian A and B. The last group, the Malays, arrived in 3 succeeding waves, the last group appearing just before contact with Europeans. The last wave was eventually Islamized and Christianized. They settled in the lowlands, thereby pushing the Indonesians and the first two waves of Malays to the mountains. The first two waves of Malays were not converted to either Islam or Christianity. Inherent in this model is the progression of appearance of different groups of peoples, with each succeeding wave having lighter and lighter skin tones as the level of culture got “higher and higher.”

Alas, this perspective even broke into oral history. A Bicol story that I remember reading in a school lesson talks about a creator over-cooking or under-cooking humans, referring to dark- and fair-skinned populations. While this story props brown skin as the “perfect” recipe, it is certainly racially prejudiced. 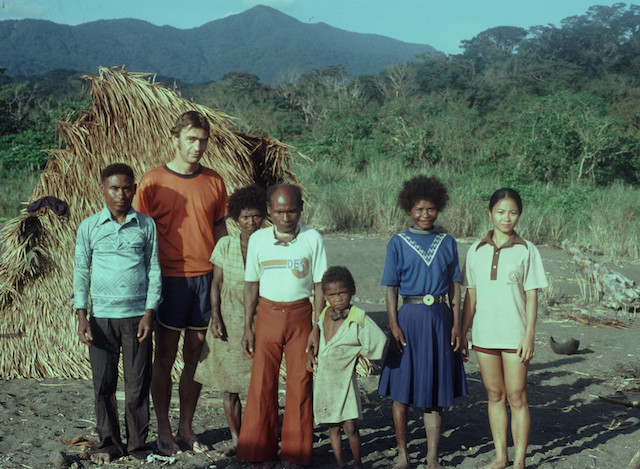 THE AGTA. Annie Estioko-Griffin and Bion Griffin with the Nanadukan, Cagayan Agta.Annie and Bion's decades of work with the Agta provide us with an awareness of theircomplex culture, breaking our notions of Agta passiveness. For example, Annie Griffindocumented women hunters among the Agta.

Anthropologists have argued for a long time that race is a social construct. It is not a biological reality. There are no human races; there is only one human race. The concept of race reinforces the colonial structures that favors Eurocentric views. For example, it justified conquest and colonialism through the view that non-Western peoples need to be civilized, articulated by the “White Man’s Burden” perception. In the Philippines this proceeded through the Benevolent Assimilation policy of the American colonial government. (READ: [OPINION] Dear white people in the Philippines)

Indeed, Philippine history is replete with these narratives; that there was a need to civilize and Christianize the “isolated” Philippine ethnolinguistic groups. Some scholars rationalize these narratives as a product of an era. Models, such as the Waves of Migration Theory and the Three Age System, developed by otherwise well-meaning people, were unwittingly racist and Eurocentric. This, however, does not excuse the models from its denigrating foundation. Franz Boas, considered as the Father of American Anthropology, crusaded against these types of model as early as the late 19th century until his death in 1942.

In the Philippines, senior Filipino anthropologists appropriately responded to these models by highlighting the deterministic and diffusionist nature of the abovementioned paradigms. F. Landa Jocano, Ponciano Bennagen, Zeus Salazar, Prospero Covar, and E. Arsenio Manuel, to name a few, have all underscored the need to define history in our own terms. The diffusionist models that they are responding to imply that nothing new was ever developed or innovated in the Philippines. The models also propagate the idea that Filipinos peacefully move out of the way of newcomers. As such, Filipinos are described as just passive observers, waiting for someone from the outside to bring in new material and cultural innovations. Some historians even interpret these models as colonial strategies to indoctrinate Filipinos as peace-loving people who would avoid confrontation when a new group arrives.

In a separate essay, I advocated for a change in the Philippine history curriculum, one that highlights our indigenous history. It is one of the ways that we can move beyond the colonial mindset. We have to unlearn flawed dominant historical narratives. Doing so will also empower our past and inspire our future. – Rappler.com

Stephen Acabado is associate professor of anthropology at the University of California, Los Angeles. He is a Bicolano from Tinambac, Camarines Sur. His archaeological work revolves around indigenous responses to colonialism. He is a strong advocate of an engaged anthropology.