[OPINION] Basecommunity: A step towards dignified living for the urban poor Facebook Twitter Copy URL
Copied
'Most of the hard-working urban poor are struggling to acquire at least a minuscule portion of the privileges we enjoy.... Should that be a subject of ridicule?'

On June 16, 2021, the Manila Public Information Office posted on its Facebook page the road improvements and development in Basecommunity, an in-city townhouse public housing project. Out of the nine photos included in the post, one generated almost 16,000 reactions from netizens, of which 15,000 expressed laughter. The photo showed the houses almost touching roofs while the road between them appeared to be just a meter apart. Because of this, the housing project easily attracted ridicule.

Like the thousands who laughed at the photo, I wondered if I should laugh at it, too. Yet laughing would prove I had learned nothing despite my education. I also realized that, sometimes, we have to refrain from expressing opinions on, and ridiculing, matters we do not fully understand. This housing project is a good example.

A few weeks ago, my classmate and I had the privilege of interviewing two community leaders from Kabalikat sa Kaunlaran ng BASECO Inc., a people’s organization in that area. Kabalikat President Jeorgie Tenolete and Secretary Mayeth Betasolo met us online for an interview as part of the requirements for one of my graduate courses in anthropology.

Apparently, the Basecommunity housing project had been pushed for by Kabalikat for those who lost their homes when fire ravaged their community a few years ago. The City of Manila had responded, but could not accommodate all of the households in the new units. So, Kabalikat and the Urban Poor Associates, its partner NGO, asked Habitat for Humanity whether it might fund the construction of the remaining houses, since it already had a good track record in the community. 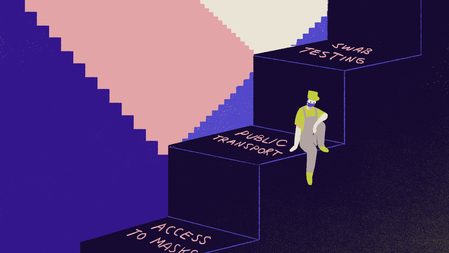 Going back to the photo post, its comments section showed an assortment of insights. Some expressed their admiration for the local government, but many posted snide remarks. Warnings were given that the potential tenants might just ruin the units because they would be receiving them for free. Some cautioned about “professional squatters” who make housing projects a business by availing of a unit and selling it for a significant price. Others said that a high-rise building would have been better and could have housed more tenants.

To that last point, we have to consider that BASECO is an area initially reclaimed through fillings from discarded construction material. For every floor of the building, the support structures have to be sunk deeper until they hit solid rock – a costly undertaking. Flooding and other extreme weather conditions could also dissolve the “ground,” which would destroy everything built on it. This is why most of the structures we see in BASECO are low- to mid-rise buildings.

To the earlier points, despite the lack of space, the houses in Basecommunity were built with better materials and were obviously more dignified compared to shanties. There, the occupants would not need to constantly worry if their roofs would leak or be blown away, or if floodwaters would enter their homes and destroy their possessions during a typhoon or monsoon. In addition, it is also doubtful that people who lost their homes to fire would sell their units and choose to return to living in shanties as they feel a sense of loyalty to their neighbors and community.

Those many of us brand as “squatters” are people like us, with the same rights. We all struggle albeit in varying degrees. The mindless argument that they remain poor because they are lazy has been refuted over and over again by the amount of work low-wage earners in the informal economy contribute to the city. Men, women, and even children try to balance multiple jobs just to get by daily. All they ask is to be afforded their rights – affordable housing, livelihood, proper basic services, and dignity. Moreover, sociologist Ana Marie Karaos reminds us that the city could not survive without their labor, as their low wages and limited access to housing and services in effect subsidize our own lifestyles. Sadly, it is easy for the privileged to mock or dismiss this kind of achievement. This is not an attempt to romanticize the situation of the urban poor; rather, it is a challenge to all of us to look at ourselves and the arbitrary fortunes that we enjoy. Why do we look down on others simply because we were born more privileged than they? With the privileges that we have, what are we doing to help others have better lives?

Let us always remember that the parameters we use on ourselves cannot be applied to everyone. Most of the hard-working urban poor are struggling to acquire at least a minuscule portion of the privileges we enjoy – a decent house with secure tenure in their same vibrant community — near their work, schools, and hospitals. They are no different from us in striving for a better life for their families. Should that be a subject of ridicule? – Rappler.com