[OPINION] On being politically neutral as a development worker 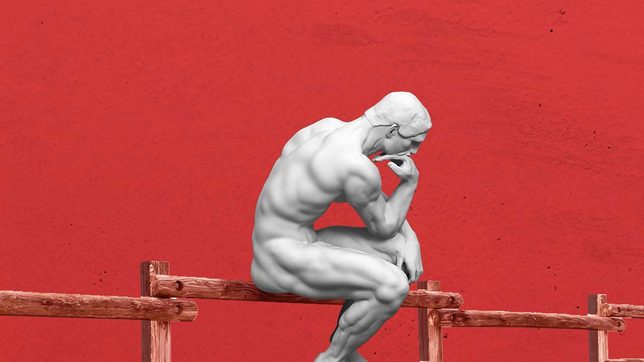 Facebook Twitter Copy URL
Copied
'First, we are an international organization and have to be non-partisan. We will get into trouble both internationally and (more so) domestically if we try to sway public opinion towards or against a particular candidate.'

I’ve somehow always known that being neutral has its downsides. Why can’t I pick a side? Why can’t I stand for what I think is right? Aren’t I enabling or exacerbating the situation if I don’t speak up and do more?

It’s always been a push and pull for me. As someone who has been working in a few international organizations as a development practitioner specializing in democracy and governance, it’s difficult to focus on governance challenges, but at the same time not disclose my personal stance on important issues. Can I truly be neutral when highlighting political and economic reform of government institutions and processes, evaluating transparency and accountability, and flagging graft and corruption?

When it comes to neutrality, these, I think, indicate the strain between my personal self and my  professional self. My personal self is always being internally compelled to speak up when I know  something is plainly wrong and objectionable. My professional self has to be a bit more careful in the way I conduct myself, knowing it will affect my career and my organization, which I believe is  doing important work in and for the country.

Neutrality has been one of the common threads we practice at work, including choosing partners. The partners whom we work with are a good mix of individuals, groups, offices, and organizations  in government, civil society, the private sector, the academe, and even the media. But we always  have to be cognizant and judicious of the partners we support. Due diligence is regularly conducted.

Working with someone who’s overly critical of the government can hamper our work with the government, especially if the administration is a particularly defensive and/or vindictive one. Working with someone who’s avidly and consistently championing the work of the government can  cast doubts on our mandate, definitely if the administration has been, in fact, less than a stellar performer. Considering the consequences, the former can slow us down, and even bar us from working in the country; the latter can call into question the work that we do moving forward. Truthfully, I still have no idea. The balancing act continues.

The pressure of neutrality and the tension between my personal (being outspoken about social issues) and professional (being prudent) selves becomes even higher, now with the impending Philippine campaign and election season.

Certainly, I have to keep my political choices under wraps. Believe me, I’d want nothing more than to publicly advocate for my candidates of choice. However, this is absolutely not an option, as critics may constantly challenge the initiatives, projects, and programs that I implement and manage, decrying that this work is heavily influenced by my political leanings. And this would also  consequently ascribe misguided notions, not just on me, but on my current organization.

But now that I think about it — shouldn’t more individuals be as circumspect? Though that’s going a  bit off-topic.

Even during this pre-campaign and -election season, I’ve already been reading and hearing criticisms coming from political supporters. I have had to deal with political supporters calling myself or others out for not giving their candidates more focus and attention through the course of our work.

Although the pressure is still weighty (since political affairs, notably, during campaigns and elections, involve many emotions), this time, neutrality becomes a bit more clear-cut for me.

To those chiding myself and others and to those who are just curious, hear me out.

First, we are an international organization and have to be non-partisan. We will get into trouble both internationally and (more so) domestically if we try to sway public opinion towards or against a particular candidate.

Second, deciding to give a candidate more “screen time,” so to speak, definitely makes us partial. That will only create this cycle of other supporters asking, “…then what about our candidate?”

And last, I do recognize that political supporters can be or are very passionate about their candidates, to the effect that they’d be up in arms when they feel their candidates have been  maligned, not praised, or even something as simple as not being mentioned. But I do hope more  political supporters will look at our work — not from the lens of a political group or movement — but from the vantage point of international organizations and development practitioners. We are expectedly removed from the situation for objectivity’s sake, yet constantly striving to create, strengthen, and advance positive change.

These being said, I intentionally choose not to be neutral for the important issues, both inside and outside of work. I am clearly serious about and biased against misinformation and disinformation, historical denialism, the lack of equality in the law and its application, discrimination, and human  rights violations. But those are definitely leaps and bounds away from giving candidates a platform for their political agenda — regardless of whether they’re good or bad.

As you can probably already tell, practicing neutrality is patently clearer to me for some situations more than others. I think many of my friends and colleagues in the development world would probably agree: in our line of work, we can’t dole out judgments without facts; we can’t go to the  extremes for fear of endangering our work, our colleagues’ work, and our organizations’ work (factoring in the bigger impact we can and still need to do in the country); and we can’t be publicly vocal (emphasis on the publicly part) about our political choices.

That’s just how it is. And that’s how it should be. – Rappler.com

Marie Antoinette “Tonette” de Jesus likes to think of herself as non-partisan, but with very strong opinions on what’s right and what’s wrong — in other words, she’s very opinionated. She has been an international development  practitioner for most of her professional career, focusing on governance and politics, international relations, and economics.

You may reach her at mapdejesus@gmail.com for any comments and feedback. Follow her on Twitter @tonettedejesus. The views and opinions expressed in this piece are solely hers.