Facebook Twitter Copy URL
Copied
'Why is there even a need to come out? Straight people don’t spend their leisure time contemplating how they're going to tell their parents they like the opposite gender.'

Don’t we all have pre-rehearsed scenarios in mind for specific situations? Even in real life, we want to be in control of the entire narrative, especially its ending.

“What would happen if we didn’t have to be afraid?” Karl asked Vlad before the alternate ending played in the season finale of Gaya Sa Pelikula. The alternate ending showed Karl’s imagined denouement — just the two of them out and proud of their love and not thinking of anything else. That took me back to many a night of contemplation and existential dread, and it made me ask myself that very question.

I have lived my life in fear. I hid for many years, and I still am choosing to be unseen. I am sure I am not the only one who had spent years upon years fighting the silent battle of questioning and self-acceptance. No one deserves to be imprisoned by terror because society does not agree with who we are. Even with that in mind, however, I am still afraid of telling the people I love the most that I need a companion, that I need someone to protect me from the world.

It seems as though coming out to people I don’t know or have known for a shorter period of time is much more comfortable than coming out to the people whom I owe my life to; there are little to no judgments and zero worries of how they would further see me as a person because I hadn’t built a relationship with them yet. I long to form new bonds not foregrounded on lies and pretensions.

Why is there even a need to come out? Straight people don’t spend their leisure time contemplating how they’re going to tell their parents they like the opposite gender. It is frustrating that the LGBTQ+ community has to go through this process of hiding, whereas heterosexuals simply live out the best of their lives.

I didn’t believe in coming out before.

I assumed: I just need to live my life exactly the way I am living it right now. Maybe I could leave breadcrumbs for my family and friends to slowly reveal to them who I really am, but that’s it. I never cared about coming out. I didn’t think the formality of it was essential. 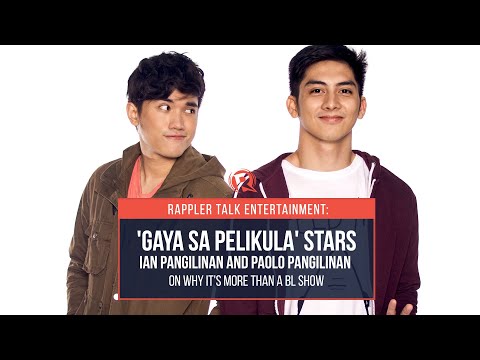 But one day, my best friend, who at that time was the only person who knew I was gay, accidentally outed me to a friend of his. He meant no harm and I don’t personally know who the friend was, but it bothered me. It bothered me that a person other than my best friend knew about my true identity, and that this person was walking down the same corridors of the same college. It wasn’t much of an epiphany, but it made me realize that I should be the one in charge of telling my story – that I own my narrative.

It is scary out there, that’s for sure. The world is not always happy tears and colorful confetti. But that’s the reason we need to keep on fighting, to keep on demanding equality and acceptance, because we want to eliminate the very hate that has made the world so unsafe. We want our tears to be celebratory; we want to shower in confetti under rainbow flags. We want society to go past simply tolerating the LGBTQ+; to see that being straight is no longer the default; to make coming out no longer necessary.

I have spent my fair share of time — almost my entire life, thus far — inside the closet. There is no rule as to how long one should stay inside it, but I know I deserve to embrace the world as the world deserves to embrace the real me.

Yes, it is the year 2020 and much has changed. But the Philippines is still far from being accepting, especially the people who run this country. We call for the passing of the SOGIE Equality Bill because of this. We march in protests to assert not only our presence, but more importantly, our validity. We express our anger on all platforms available to amplify the call for a more inclusive society.

We will continue fighting for equal rights, so that someday the happy ending we long for will not stay the alternative. – Rappler.com

Ray Mark Samson Espiritu is a BA Communication junior at Gordon College, and is editor-in-chief of The Forefront, the college’s official student publication. He is also a National Secretariat for the College Editors Guild of the Philippines.