[OPINION] The future of women's leadership in the Bangsamoro 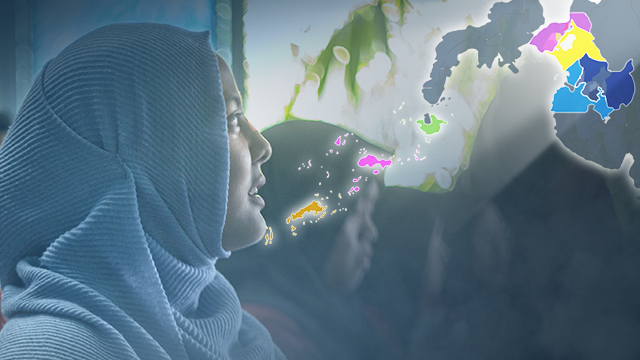 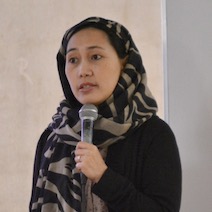 “Nothing about us without us” is a well-known anti-oppression slogan which means that policies will neither be effective nor achieve their intended impacts if these do not emanate from the people directly affected. This slogan captures why women’s rights defenders and peace workers have been calling for a women’s agenda for each of the 5 provinces in the Bangsamoro Autonomous Region in Muslim Mindanao (BARMM).

Aside from recognizing the common needs and diverse identities of women in the region, these province-wide agendas will be able to respond to the unique contexts and aspirations of each area. However, for a local women’s agenda to work, it must come from Bangsamoro women from all walks of life, from different sectors, and with diverse roles and responsibilities. Women are not merely asking for seats at the policy negotiating table to face current leadership – rather, we want our own leadership to be recognized and respected. (READ: [OPINION] Standing with women leaders in ending violence, building peace)

The sad reality is that, oftentimes, during public consultations or calls for participation, women tend to be lumped together into a single, monolithic sector. Women have various identities and roles, just like men, and this should always be considered in policymaking. Usually, women from the academe, from the public sector, and young professionals can speak up for themselves and articulate their needs. However, women who are Muslim religious and traditional leaders are often left behind or ignored by their male counterparts. Women who are fishers and farmers tend to be invisible because they belong to male-dominated sectors, doing “men’s work.” The other sectors women belong to, and this is not an all-encompassing list – the internally displaced, orphans, out-of-school youth, widows, persons with disabilities – are the most vulnerable because not only do they tend to be the poorest, but because their needs are presumed to be the same as the men who speak on their behalf. (READ: [OPINION] Building social capital with the Bangsamoro is a must)

That is why Al-Mujadilah Development Foundation (AMDF), a local women’s organization based in Lanao del Sur, organized the Maswarah O Mga Bae in Lanao which convened more than 200 women from 40 municipalities in Lanao del Sur to create a women’s agenda on the areas of health, education, livelihood, protection, peace-building, political participation, and sustainable environment and resources. We ensured that women and girls from at least 20 sectors, including those least represented during Bangsamoro Organic Law (BOL) consultations, were able to participate in creating a shared vision of what a gender-responsive BARMM government looks like. The resulting Meranaw’s Women’s Agenda – along with the gender provisions in BOL and the Bangsamoro Women’s Agenda co-created with feminist network WEACT 1325 – will be used as the starting point for lobbying from the municipalities up to the regional government.

We Bangsamoro women have taken many steps forward but, admittedly, the fight is far from over. In Lanao del Sur, most policymakers and leaders are from established clans predominantly based in urban areas. Even during consultation processes, invitations are sent to those either based in, or from, the cities of Marawi or in Iligan. People from the rural areas – men, but more so women – are unable to participate and their voices are not heard unless leaders go directly to them. In the rare times they are consulted, there are limited provisions for transportation or follow-up communication. Sometimes, communities do not understand all the convoluted processes and jargon that go into decision-making. They become impatient. Policy discussions tend to be very technical and are not presented in their local languages. No wonder many do not see engagement in policy processes as a good investment of their time.

From my decades-long experience of not just working, but living, in the region, I have found that Bangsamoro women in rural areas tend to stick to the most accessible and visible form of governance – the programs or activities directly implemented in their areas. Therefore, their absence from consultations results in a policy and needs mismatch. There is no sense of ownership and, thus, government investments are not sustained. One cannot blame the rural women. After all, how can you appreciate a solution if you were never part of identifying or even solving the problem? The pervasive feeling of being an “outsider” merely adds up to the pent-up mistrust brought about by decades of poor governance.

I hope we can spark and sustain genuine conversations on how to ensure that Bangsamoro women will not be left behind in this new form of government. At the moment, only 12 women sit in the 78-member Bangsamoro Transition Authority (BTA). On a positive note, women leaders have heard our calls, such as the Offices of MP Anna Tarhata Basman, Minister Raissa Jajurie, and MP Maisara Latip-Dandamun. On the other hand, it is also only the women leaders who are currently prioritizing issues important to Bangsamoro women, which are also issues which affect everyone, not just women.

It may take a long while before those in power proactively engage with women without us having to constantly bang on their veritable doors. We need strong policies that will protect women and children, particularly the widows, combatants, and orphans. The Qur’an is very clear about attending to the needs of these specific sectors. We all need to work together to ensure that policies do not reinforce patriarchal and harmful practices, such as child, early, and forced marriages. We also need to closely monitor the Gender and Development Code of BARMM – it will merely be a scrap of paper without proper implementation.

If we truly want the Bangsamoro women to be equal partners in development, then all policies and decisions affecting us should be made with us. – Rappler.com

Zahria Pandao Muti-Mapandi is the Executive Director of Al-Mujadilah Development Foundation (AMDF), a Lanao-based women's organization for social development committed to promote women's rights, good governance, and peace building towards gender-just communities. In the pursuit and attainment of this mission, AMDF members, serving as Allah's vice-regents (khalifah), are guided by the principle of unification of creation (tawhid).