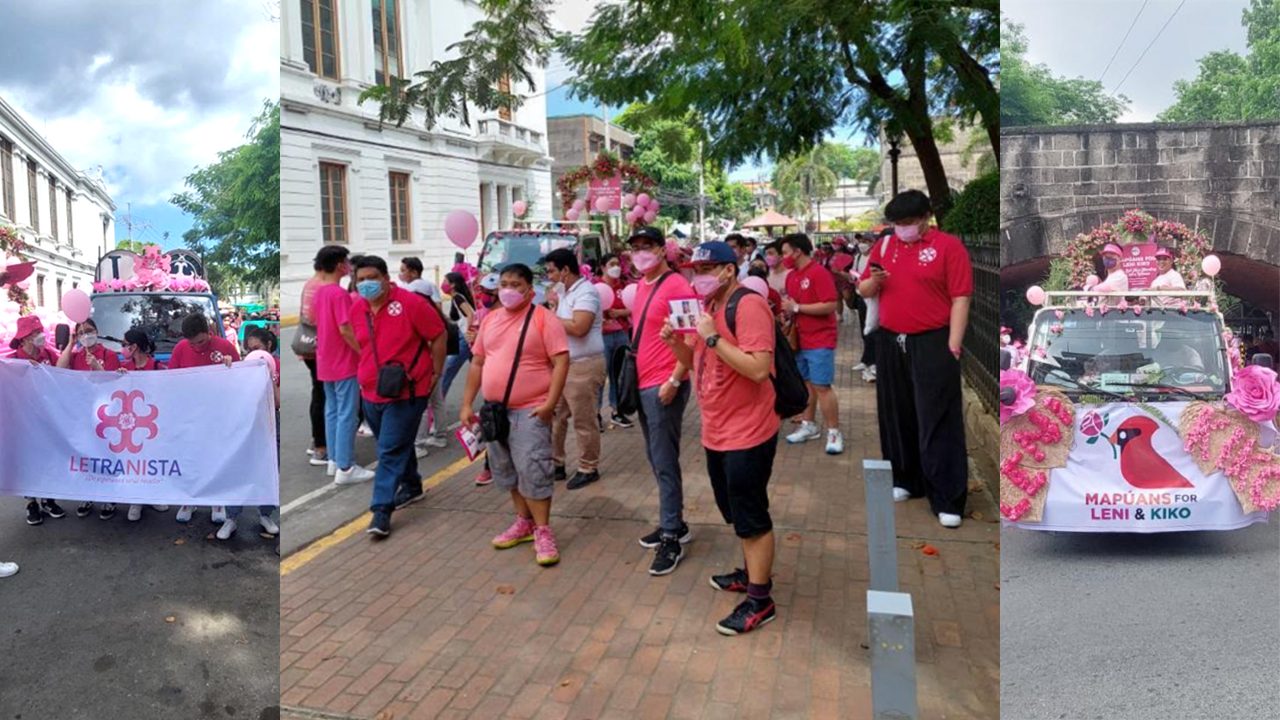 Facebook Twitter Copy URL
Copied
'Instead of reacting negatively to the hecklers, they would do a finger heart or the L sign as a symbol of camaraderie'

When we read about large political assemblies organized by various groups, we always expect that the bigger the rally, the higher the number of attendees. But what if a group of college students holds a mini parade followed by a performance and a campaign program for people from the surrounding neighborhoods and districts? We are talking about schools coming up with events like a solidarity walk, and because we’re still in the middle of the COVID-19 pandemic, inviting fellow students who have gotten used to hybrid or online classes may prove to be a challenge. Will they succeed in attracting a decent number of fellow students and attendees to join such an activity?

Our government office received a letter from a school where I used to teach. Their student organization was asking for advice and assistance for their plan to hold a political event. I just stared at the request letter for a minute or so. I was astounded because I remember these kids. I left a decade-long corporate job to accept a teaching position in their school. I had always imagined teaching in a classroom filled with enthusiastic and diligent students. I was looking forward to teaching that semester and was given a full load of 24 units. The teaching load was heavy for a newbie assistant professor but the large number of students didn’t matter. My goal was to contribute to the institution and advocate a learning community rather than be a teacher delivering a monologue.

I had about 400 students (almost 50 per class). Weeks into teaching, more than half of my students came to class without reading an assigned 10-page short story. Many also didn’t submit their 500-word essay. “They’re energetic but some are passive in the classroom,” said one of my teaching colleagues. True enough, some of them brought books but rarely opened them. During class, I wasn’t sure if their eyes were looking at me intently, trying to understand what I was trying to say, or if they were spaced out and distracted.

[OPINION] Leni, the youth vote, and why it’s not over just yet 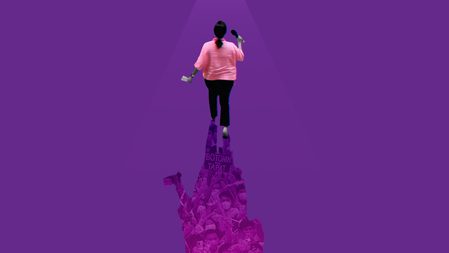 The year was 2013 and the pork barrel scam was on the news. When I asked about the issue of corruption, they had no opinion. Neither were they aware as to why it was necessary to march in the streets to express indignation over the politicians who stole taxpayer money. Terms like GDP and inflation were completely foreign to them and no simple explanation of these would make them understand or at the very least rouse the slightest concern about the current political and economic climate. Discussing history also meant having to narrate everything. I asked myself, “Are teachers at fault? Are their parents to blame?” I was worried that we were raising an apathetic, apolitical, and ahistorical generation.

The signatory was named Ryan, a student leader. I got in touch with him and told him that our office never objected to these kinds of events. In fact, we welcome and encourage progressive activities such as this one to awaken the political consciousness of the rest of the community. I told him that I used to teach in his school. He was surprised and invited me to join the line-up of activities that they had prepared.

On the day of the activity, students from different colleges and universities within the Walled City converged at the Plaza Roma, facing the Manila Cathedral. While some attended mass, other kids were outside, waiting under the shade of trees wearing sun visors and shirts in different shades of pink. Some were holding placards with political statements packaged as witty lines and attention-grabbing phrases. We’re all familiar with these effects during Leni-Kiko sorties that are often read by VP Leni Robredo to the delight of the crowd. But the highlight of the event was what they called the “solidarity walk,” a rather meek term reflective of the values and principles of the religious orders that manage these colleges and universities. The kids were given the blessing (literally) by their deans and department chairs, most of whom were priests and nuns. It’s a relief that Catholic institutions are encouraging the present generation to take part in what could be one of the most historic moments of their life. Ryan called me and I was introduced to the group as their “former professor.” The kids kept calling me “Sir” and I was requested to join the other teachers already lined up at the back. The students who joined the parade were very different from the ones that I handled before. They were energetic, sociable, and curious. As I observed them talking, taking part in chanting, and bursting into song, it became clear that their zeal stemmed from the ideal that the government must care for them. The rallying call for equality for all, through the Leni-Kiko slogan “Gobyernong Tapat, Angat Buhay Lahat,” became everyone’s mantra.

The thing with political parades, especially when walking the streets of Manila, is that it is merely a journey to a safe and adequate space for the main program. Protest rallies, when done in the streets, are inevitably exposed to heckles and shouts, especially from the general public and supporters of rival political groups. The same was true for the students as they marched outside the walls of Intramuros. The Walled City offers protection and space for learning, but the outside world may yet prove to be the real teacher. As we walked with the students carrying their pink banners, traversing Bonifacio Drive, Burgos Drive, then crossing bridges and squeezing through the narrow streets of downtown Binondo, we were all given stern looks of judgement by drivers and their passengers. It was like in their heads they were thinking, “These are kids from Catholic schools! Why on earth are they submitting themselves to the heat and the smog?” One student even quipped, “Mga nausukan ng tambutso for Leni” and “Mga sinigawan ng mga Marcos fanatics for Leni.” Some of the jeers and catcalls were discouraging. But there were also some supporters honking their horns in support for these kids. Hands jutted out of car windows and gave the L (for Leni) sign, enough for the students to cheer in enthusiasm and shout “Leni-Kiko!” as a way of thanking their allies for the much-needed encouragement.

I wonder how these students suddenly became involved in politics. Perhaps the teaching methods at that time were too traditional, too rigid, hence the lukewarm attitude of the students toward learning. With the rise of alternative learning tools such as social media content that is educational yet delivered in an entertaining and creative manner, we see a new breed of politically-aware students marching the streets and fighting an oppressive government. As I joined these kids and braved the heat and exhaustion from hours of walking, I could feel their passion and call for change. These kids are relentless! They braved the fumes from cars and the boos and taunts from some motorists shouting the name of another presidential candidate. But instead of reacting negatively to the hecklers, they would do a finger heart or the L sign as a symbol of camaraderie. I was so worried over what would become of them, because some of them barely read and studied their lessons. But their heart and mind are in the right place. I am in fact so proud of what they have become. Win or lose, these kids fought hard. The difference between a small rally and a large sortie is that community-based events, especially the ones run by college students with the support of their schools, are more personal. A small group that could barely cover a basketball court may have a small impact online and may not yield photos as awe-inspiring as those in massive rallies, but it doesn’t necessarily mean that they have not succeeded or made a statement.

We marched back to the Walled City and before the walk ended, Ryan and his classmates thanked me for being there and for ensuring a safe and smooth flow of activities. They asked me if I wanted to teach again. The other kids whom I had a short conversation with during the march insisted that I return to teaching. I was reminded of myself when I was in their school, how I eagerly wanted to turn the classroom into a refuge of learning, how I wanted to level with them to fully understand their circumstance. I told them that the day wasn’t about me. It’s the day that they stood up and became the best version of themselves.

As I left the venue, I told myself that I shouldn’t worry about them. And that I can return to teaching. What mattered more is they know what is right and wrong, and the true meaning of equality and justice for all. I know that they’ll be alright. – Rappler.com

Jeffrey P. Yap is currently the Supervising Historic Sites Development Officer of the Intramuros Administration. He is in charge of handling community-based events (including rallies and political sorties) in the Walled City.