Facebook Twitter Copy URL
Copied
'[The TV industry] was an industry where fighting for something that you rightfully deserve is seen as a form of rebellion, of noise, of a problem'

I still remember the first time that I knew I wanted to be a TV guy. I was 10 when a fire broke out in a plastic factory just a block away from our house. My siblings and I were watching the commotion through the window when a news van suddenly arrived and parked right in front of our house. The reporter, the cameraman, and a third person (who I would later identify as the producer/writer) ran out of the vehicle towards the fire.

3, 2, 1, roll! My mind forgot about the fire; all I kept looking at was how the three-person team assembled themselves a few feet away from the fire and did their thing. Later, I saw the reporter on TV.

I couldn’t get that picture out of my head. They looked cool, strong, confident, and just purely badass. I wanted to be like them. I didn’t come from a rich family and I knew early on that I would need a good job, so I thought that to make a living out of my knack for writing wouldn’t be so bad.

True enough, I ended up working in media in 2015; I started as a multimedia producer and researcher for a good two years before I was promoted to segment producer and writer, the job which I held for a solid four years in two free-TV networks.

On my Instagram account, I compiled my Instagram Stories taken from my field shoots in a series of Story Highlights: the food I ate in the field, the people I met, the love-hate relationship with airports, the hours-long land travel (which I would use to prepare my shoot guide or write my scripts), and the scary boat rides. I hiked mountains despite my unfit body, crossed rivers, did basic sea diving despite my fear of big water, covered VIP-only events, and flew to the US twice to accept awards for a couple of documentaries I worked on, among many others.

However, these are all just Story Highlights now; last May 11, I said goodbye not only to my colleagues, but also to the terrific 6-year career I had in broadcasting.

I would be lying if I said I didn’t think my job was cool. I loved my job. I was aware that my friends and family found my daily life exciting. Even now, when I look at my Story Highlights, I can’t help but smile and remember how much fun I had in my field shoots.

‘Journalism is a profession worth taking risks for’ 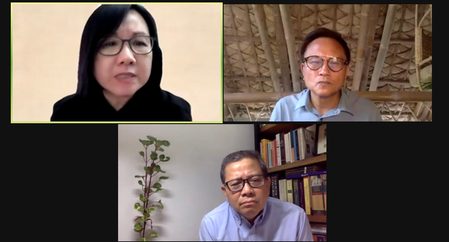 But what my Story Highlights failed to show is an even more overwhelming reality that the TV industry always failed to acknowledge and address (they will tell you that they are doing something, but what they won’t tell you is that they aren’t doing enough): the normalization of restless days and sleepless nights, the toxicity of “Kung naghirap kami noon, dapat pagdaanan ninyo rin ‘yun!” mindset, the low chances of employment regularization, and the high demand for high-quality output in exchange for low pay and benefits. It was an industry where fighting for something that you rightfully deserve is seen as a form of rebellion, of noise, of a problem.

I didn’t mind those things that much when I was younger. I was doing it out of passion, I thought, or “Para sa bayan,” as what my colleagues would always say when asked why they do what they do. It was probably true back then, but now that I am getting older, I get terrified already of the thought that I don’t have that much yet in my hands.

Did I misprioritize? While others prioritized job and financial security and stability (which they have now), I prioritized my career growth and fulfillment. I got those things, but then I still ask, What’s next? The constant search for a substantial answer is never-ending.

Recently, an HR professional shared in a tweet about how an applicant from a particular school declined the offer for an entry-level position with a P37,000 starting salary. The tweet had gone viral. Initially, I thought that the applicant was crazy for turning down such good pay, but then, I also realized that such a reception was the reason why many Filipino employees like myself never got what we deserved – because we always settled for the “nakasanayan,” for the “pwede na,” even when, truthfully, we are worth so much more. I guess Filipinos were just not ready to face the truth that we are valued less than we are.

[OPINION] When it’s time to leave 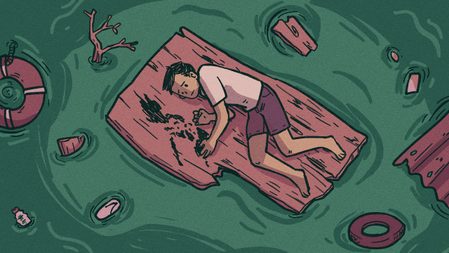 I was thrilled when I got an offer from a well-known BPO and digital services company for a corporate communications role with better pay, with the employee benefits that I never had before, and with the assurance of a chance for employment regularization. Had I stayed in the TV industry, I probably would have been regularized after 6 to 10 years of service; with my new employer, I can be regularized after just 6 months. So, while I admit I am still sentimental about leaving the great career I spent in broadcasting, I am still excited about venturing into an entirely different career in a new company and industry that promise to compensate me with what I deserve. It’s not as impossible as I thought it was.

When I posted on Instagram Stories that I was already serving my last day at my now-former employer, I was stunned that many of my friends asked if I was moving to another TV network or if I was pursuing a media career abroad. I realized that – probably because of how hard I worked in broadcasting – I have already been caged in the “TV guy” identity when, in fact, I can be more. All of us can be more than who and what we are now.

For someone who’s not born with a silver spoon, that shouldn’t be so bad, either. – Rappler.com

Juju Z. Baluyot is a former broadcast writer and producer.