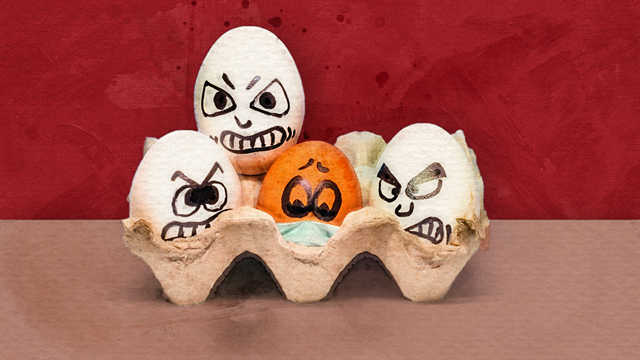 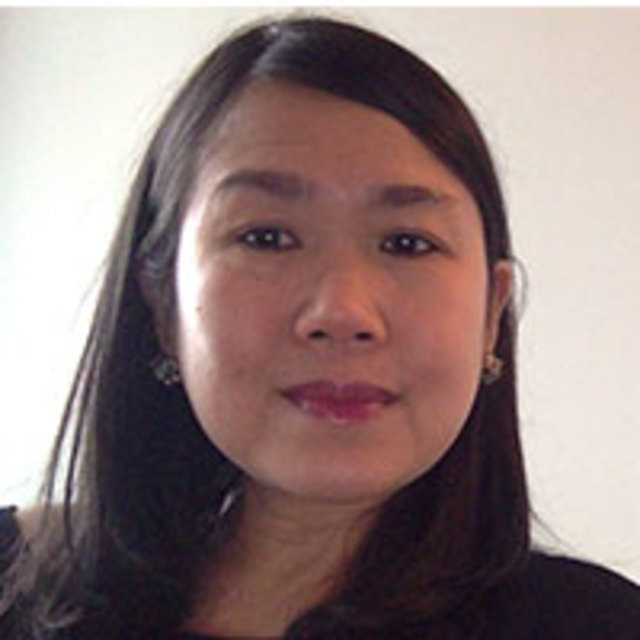 As fear and anxiety spread over the coronavirus — which originated from Wuhan, China and traveled to other countries, including Canada, which has 4 cases confirmed – I started wearing a mask.

As someone who has often been mistaken for Chinese, I knew that I had to be prepared, not just for the coronavirus, but for the xenophobia and racism that came with it. (READ: As coronavirus spreads, Duterte hits 'xenophobia' vs Chinese)

But I didn’t want to don a surgical mask – apart from having no desire to stand out in public, experts have said that unless you’re sick or you’re a healthcare worker, you’re better off washing your hands regularly. (READ: WHO launches campaign against China virus misinformation)

So I decided to hide behind a mask of “wellness.” I made sure I looked more vibrant than usual. I never went in public without proper clothes and makeup on. I made sure I had honey candy in case my throat scratched. I had tissue paper, in case, God forbid, I needed to sneeze. And I had a hand sanitizer, which I obsessively “washed” my hands with in public.

An overreaction you say? When SARS arrived in Canada in 2003, it not only left a trail of 44 deaths. Toronto lost about $1 billion as tourists stopped coming, retail slowed down, and many Chinese-operated businesses lost money. It also left deep emotional scars – on children of Chinese descent who were bullied and taunted by their classmates in school, on temporary workers who lost their jobs, and on Asian-Canadians shunned in public transport and elsewhere.

This time around, with social media normalizing ugly behaviors and peddling lies and misinformation, the coronavirus backlash has not only been swifter, but harsher.

Canadian and foreign media have written about the troubling number of racist incidents and comments directed at people of Chinese and Asian descent as a result of the coronavirus. In Markham, Ontario, a restaurant named Wuhan Noodle not only lost 2/3 of its customers after the outbreak, it continues to deal with countless prank calls and prank web reviews. In Vancouver, a video of a man telling a woman of Chinese descent that she “dropped her coronavirus,” has gone viral.

News websites have become repositories for casual racism. “Did Chinese New Year happen?” asked one commenter on a CBC article about the coronavirus, to which someone responded, “Yes, it was the year of the fried rat.” Wrote another: “Quarantine all Chinese until Chinese virus is gone.”

This view was ultimately echoed by parents at a Toronto-area region, who submitted a petition calling on a district school board to track down students who recently traveled to China and ask them to “stay home and keep isolated.” The school board responded by urging parents not to see the coronavirus as a “Chinese virus,” and not to “make assumptions about students or staff based on their race or travel history.”

So far, no one has avoided sitting beside me or any other Asian-looking person on the streetcar and subway. But last week, as I walked down a street near my home, someone who was approaching suddenly veered her course in order to avoid me. I was the only person on the street, so it wasn’t like it was crowded. What was I to make of that?

When SARS hit Toronto, it “tested the multicultural model often presented as the reason for making that city a livable global metropolis,” wrote York University professors Roger Keill and Harris Ali in an article published in the Canadian Journal of Cultural Studies. “Billed as the ‘Chinese disease,’ SARS connected seamlessly with previous periods of racializing disease assumed to originate from migrants and foreigners in North America.”

Amy Go, interim executive director of the Chinese Canadian National Council for Social Justice, told Al Jazeera that xenophobic reactions to the coronavirus are reminiscent of the “Yellow Peril” in Canada at the turn of the 20th century. In the 1880s, more than 15,000 Chinese laborers arrived in Vancouver to help construct the Canadian Pacific Railway. They were soon accused of stealing jobs and bringing filth and disease. Once the railway was completed, Canada imposed a head tax on Chinese immigration, marking the first time the country excluded immigrants on the basis of ethnic origin. Decades later, during the Second World War, Canada interned more than 22,000 Japanese-Canadians, citing “national security.” Not only were they evacuated and segregated, their homes and businesses were sold to finance their detention.

The likelihood of these discriminatory acts being legislated today may seem far-fetched. For every Canadian who hurls a racial slur, you can see that there are 3 or more who come to the defense of those being insulted. A Toronto journalist recently lost his job after he tweeted a photo of himself with an Asian barber wearing a mask, and said, “Hopefully ALL I got today was a haircut.” Government leaders including Prime Minister Justin Trudeau have condemned racism related to the coronavirus.

And yet, there is an increasing realization among many that instead of simply saying “This does not represent who Canada is,” Canadians can do better by acknowledging that racism still exists in their country and that it’s about time they discuss and confront it.

As for me, I’ve decided to shed my own mask, or at least its emotional component. Not only is it exhausting to constantly hide under a mask, I have decided to confront my own fears of being at the receiving end of xenophobia. I’m also prepared to stare down racism in the face. – Rappler.com

Marites Sison is a Toronto-based journalist.