Facebook Twitter Copy URL
Copied
'The new airport will generate thousands of jobs, but how many of those jobs can fishermen qualify for?'

The bill allowing San Miguel Corporation (SMC) to build the New Manila International Airport in Bulacan has now lapsed into law. However, the green light to commence the construction of the airport seems to also place a huge stop sign in front of the people living in Barangay Taliptip and Bambang.

During a recent visit to my aunt’s house in Taliptip, I heard her talking to someone while pointing at the vast area the airport was about to cover. She was not happy with the idea. She said that it would make a huge difference in their life, as there would be an upsurge of people traveling to their area. Their place, which was once plain and quiet, was about to experience all the hustle and bustle of the big city.

During my visit, I passed by a bridge to take photos of the river. Nothing was new. Children were still jumping off of the bridge and into the water, and the elders were still fishing with their self-made rods. I got to talk to one man there, who shared how his family’s life would change once the construction began and they got relocated.

Taliptip is considered the center of the fishing community in Bulacan, and this area, as well as its neighboring coastal communities, currently face problems of displacement and environmental threats because of this massive land reclamation project.

On the verge of sinking

I am lucky enough that my town, Plaridel, experiences less flooding because of its high elevation. But many other areas in Bulacan are greatly affected when typhoons hit. Recently, Typhoon Ulysses had displaced citizens living in low-lying cities and towns in my province, including those from Taliptip and Bambang.

Taliptip also contributes 41 million metric tons of marine products annually. The destruction of the coastal areas would thus be a major threat to the country’s food security and marine biodiversity. If the airport construction pushes through, this means there will be less fish to catch and a loss of local fish species in Bulacan.

No one wants to be condemned to a future of rising seas, sinking land, worsening floods, and dwindling food. There should be no rush to build the Aerotropolis, as we will only push the knife we’ve already stabbed into the environment even deeper. 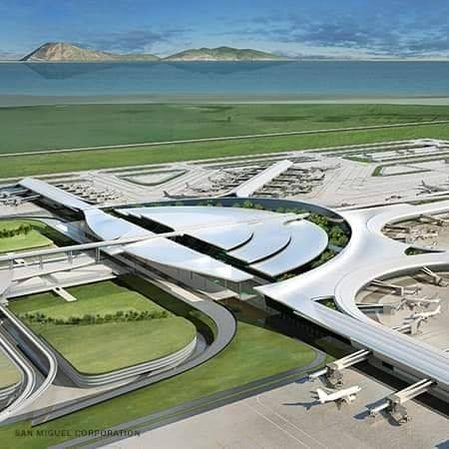 The residents of Barangay Taliptip and Bambang will have to give up their land for the huge reclamation project. Aside from the assistance SMC will provide, the residents are also given the opportunity to work for the company, through projects such as the dredging of the Tullahan River and the Bulacan river systems, and the Pasig River cleanup. SMC will also fund relocation, as they want residents to have a smooth transition.

However, all these seem like band-aid solutions that will support the residents only for a limited time. What will happen to them after the dredging projects are over? A decade to build an airport is quite a long time, but what happens after? The new airport will generate thousands of jobs, but how many of those jobs can fishermen qualify for?

The residents will find it hard to return to their primary livelihood, which has fed their families for many years. After they abandon their homes, it will be difficult for them to go back to fishing and salt-making. People are like wildlife; they shouldn’t be taken out of their natural habitat. I can only hope that the temporary employment of these individuals could answer their needs.

If this project is a win-win situation for all, why are the underprivileged being displaced? Why do we need to make developments for the future, when we won’t even have a future if we keep on disturbing the environment? – Rappler.com

Mary Catherine Espejo is a second-year Communication student at the University of the Philippines Baguio.