[OPINION] A new David and Goliath: On Filipinos’ defense of Israel The renewal of hostilities between Israel and Palestine early on this May has Filipinos  weighing in their opinions on the more than 73-year-old conflict between the two nations. While  social media has been awash with statements of support for the Palestinian people – widely  considered to be the world’s oldest unsettled refugee population – many Filipinos have expressed  solidarity with the State of Israel, sending prayers and calling on God to bless His “chosen people” and protect them from their enemies.

The stories of the Jewish and Filipino peoples had their similarities: subjugation,  oppression, eventual liberation. To find kinship with them was easy, and Philippine-Israeli relations  have always been warm. During the 1930s, hundreds of European Jews found a safe haven in the  Philippines thanks to the Quezon administration’s Open Door Policy. When the United Nations  drew up plans for the partition of Palestine in 1947, the Roxas administration was among the 33  countries, and the only Asian country among them, that voted in favor of Resolution 181 and the  creation of an independent Jewish state. In 2018, the Duterte administration broke ground, and  Rodrigo Duterte became the first Filipino president in office to step foot on Israeli soil. 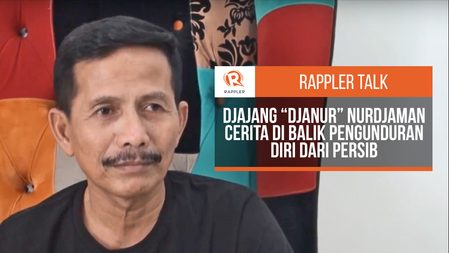 In a deeply-religious and predominantly-Catholic country such as ours, many Filipinos  grew up with tales of the Biblical Israel – the flight from Egypt, the parting of the Red Sea, the fall  of Jericho, David and Goliath. Throughout Jewish history, God had been there to rescue the  underdog David against the Goliaths that dared to harm him. It only follows that He return again,  this time, to protect Israel from its enemies in the Arab world.

When Israel first declared independence in 1948, it was alone and surrounded by hostile Arab neighbors who refused to recognize its legitimacy, viewing its very existence as yet another  incursion of the West into the Arab world. Seven decades and seven wars later, Israel is now one  of the chief military powers of the Middle East – a new Goliath – and the question of Palestine  looms over the heads of the international community.

Since 1967, Israel has occupied the previously Palestinian territories of the West Bank  (including East Jerusalem) and the Gaza Strip, embarking on a policy of ethnic dispossession in  flagrant violation of international law, demolishing Palestinian homes and entire villages, resettling  Israeli citizens, and establishing Jewish communities in their place.

Rights groups have likened conditions under the occupied territories to South African  Apartheid. Under Israeli rule, Palestinians live as a disenfranchised minority. Laws and judicial  courts favor ethnic Jews over Arabs. Government resources are unfairly distributed among Jewish  communities while Palestinians are relegated to overcrowded towns and villages. Police and  military abuses are rampant. Thousands have been arbitrarily arrested and detained, including  women and children, with reports of maltreatment, torture, and even unlawful killings not at all  uncommon. The ongoing 13-year land, air, and sea blockade of the Gaza Strip has its more than  2 million inhabitants crippling under the restrictions. Electricity is scarce, and only food and  medicine are granted limited entry. In the West Bank, Palestinians are forced to carry permits and  identifications cards as Israeli checkpoints and roadblocks restrict their freedom of movement. For the past 73 years, the State of Israel and its occupied territories has functioned as the  largest open-air prison on this Earth. More than 7 million Palestinians today are unable to return  to their native homeland. Many of them live in abject poverty, under the poorest conditions known  to man in one of many refugee camps. All the while, a disproportionately superior political and  military power steals and plunders the land that was once and continues to be rightfully theirs. The  story is all too familiar.

Whatever the Israel of today is, it is no David. Like a twisted fairytale, the oppressed has  become the oppressor. To see Filipinos defend it and decry the Palestinians as terrorists makes a mockery of our shared history.

With our own experiences as a Filipino David against a Spanish, an American, a Japanese,  and now a Chinese Goliath, one might have thought it easy to find some sort of sympathy for the  Palestinian people – brutalized from their homes and herded into pens under Israeli watch like  sheep for the slaughter – just as we once were. That our government could say nothing other than  express their “serious concerns” while Israel tramples over the remnants of Palestine is an affront  to everything we as a once oppressed and freedom-loving people have stood for. But why should  we expect anything less, I suppose. After all, from where does Duterte’s own Goliath acquire the  weapons it uses to subjugate us – none other than the State of Israel. Whether the sentiments of the religious come from a place of genuine compassion, as twisted and malformed as they may appear to me, I do not know. Whether their support for Israel  comes from informed decision or sheer fanaticism, I cannot know. But as the saying goes, the road  to hell is paved with good intentions. Filipinos seem to have forgotten. Whenever Israel fell victim  to greed and corruption, hubris and arrogance, God was always the first to punish them.

The legitimacy of the Hamas and their activities in Gaza remains an obvious point of  contention. Are they revolutionaries or insurgents? Freedom fighters or terrorists? I cannot  provide an easy answer for either. But one need not believe in political parties to believe in political  ideals. Freedom and nationhood, I think, are principles which transcend ideologies.

So, what stops us now from seeing the plight of the Palestinians, as we once did for the  Jewish people? With our own Independence Day less than a month away, how can we celebrate  our self-determination and deny the Palestinians theirs? The longer we look at our history, the  clearer we should see the Israeli Goliath peering down on the Palestinian David. And with peace  between the two nations as elusive as ever, like us, it remains to be seen whether it is missiles or  diplomacy that serves as David’s sling. – Rappler.com