[OPINION] It’s not okay to pray the gay away Facebook Twitter Copy URL
Copied
'As an openly gay man...the thought of being cured was nothing new to me'

LGBTQ+ members, activists, and lawmakers from around the globe are becoming more vocal in their stand against gender conversion therapy, as it is a dangerous practice that falsely claims to “take away” an individual’s homosexuality. Several demonstrations and rallies against conversion therapies have been observed worldwide, most notably in the United States, United Kingdom, Canada, Brazil, and even China.

Commonly known as “reparative” therapies, gender conversion therapies are a range of psychiatric treatments, counseling interventions, and spiritual activities rooted in false ideologies that attempt to suppress and alter someone’s sexual orientation, gender identity, and gender expression. Most gender conversion therapies are associated with ex-gay ministries and religious organizations where faith is the central driving effort to change.

However, no gender conversion therapies have been found effective in fully changing one’s gender and sexual orientation. Such practices are highly discredited by medical professionals, mental health groups, policymakers, and human rights organizations due to their harmful and irreversible impacts on the physical, mental, and emotional health of LGBTQ+ participants. Particularly, this backward belief affects vulnerable LGBTQ+ children and youth that have yet to come to terms with their gender identity.

Recently, Germany became the fifth nation to ban gender conversion therapy, joining the likes of Brazil, Ecuador, Malta, and Taiwan, along with more than 20 American states and several other cities worldwide. Meanwhile, proposed bills and pending legislation to illegalize such harmful practices have also been in the works in other parts of the globe.

In my home country of the Philippines, a predominantly Christian country in Southeast Asia, no such laws banning gender conversion therapies have been passed. Hence, several religious organizations and ex-gay ministries promoting faith-centered practices that aim to suppress and change the same-sexual desires and behaviors of Filipino LGBTQ+ individuals continue to exist. Even the president himself, Rodrigo Duterte, jokingly mentioned in a public speech that he had cured himself of homosexuality – as if being gay is still a disease that needs to be treated. (Mind you, Mr President, the American Psychological Association and the World Health Organization have long ousted homosexuality from their list of mental disorders.)

As an openly gay man who grew up in the Philippines before moving to Canada in 2018, the thought of being cured was nothing new to me. Apart from the bullying and discrimination that I experienced, growing up in a close-knit neighborhood in Manila, I had been told many times that I needed to act more masculine. That if I want to be successful in life and be accepted into Heaven, I had to change my homosexual behavior. My parents would also remind me that they did not have (nor want) a gay son, and paired me with other girls to turn me into a “real” man. Although I never went to an actual ex-gay ministry (thankfully), I had to suppress my gay identity and conform to the gender norms that were expected of me as a young Filipino boy.

This is the sad reality that most of my fellow Filipino LGBTQ+ live in every single day. Despite being labeled as a liberal country, the Philippines is more tolerant than accepting of homosexuality. Thus, as homosexuals, we face discrimination, hate crimes, and gender-related violence more often than our heterosexual counterparts. Being called bakla, which is usually denoted as a sign of weakness and immorality, meant that we had to hide our homosexual behavior or alter our gender identity in order to be accepted by society. For this reason, a significant number of Filipinos seek guidance and support from religious groups and ex-gay ministries to help change their sexuality and suppress their homosexual desires.

In my co-authored undergraduate study, we affirmed faith and the fear of being discriminated against as the main motivations that influenced self-identifying Filipino ex-gays and ex-lesbians to undergo conversion practices.

For instance, Joseph*, a member of a Catholic apostolate group, mentioned that he experienced “negative feelings” while living the gay lifestyle. These feelings were a combination of “guilt, shame, and sadness” that, for him, was rooted in the heteronormative ideals of a conservative and religious Filipino society.

Nonetheless, in spite of undergoing religious activities and spiritual interventions, all 10 self-identifying ex-gays and ex-lesbians in our study still admitted to having homosexual attractions. 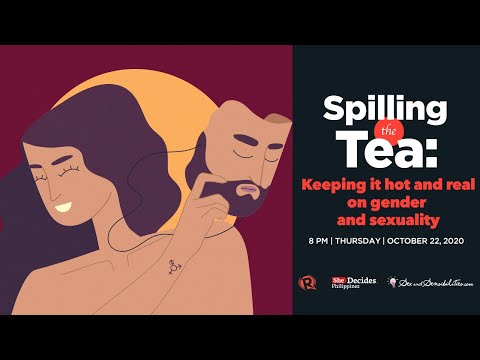 Similarly, in a news article, Ice* shared that changing her homosexual identity was more of a priority for her religious family than her welfare and education. Upon learning Ice’s attraction to another woman, her Christian mother pulled her out of school and sent her to Cabanatuan – 100 kilometers north of Manila. Ice ended up in a town church run by pastors that housed abandoned youth. Noting that “homosexuality is a sin” in the Bible, the pastors would often paddle children exhibiting homosexual behavior. Because of the fear of being paddled and embarrassed in the group, Ice hid her identity and forced herself to admire men.

However, even after years of prayer meetings and religious cleansing, Ice still admits to identifying as a lesbian. In fact, Ice is now in a relationship with another Filipina, in spite of her mother’s concern that they would be condemned to Hell for opting to be homosexuals.

Narratives of Filipino gender conversion therapy participants, such as those of Joseph and Ice, among many others, support the notion that gender and sexual orientation cannot be fully changed. Despite being exposed to religious activities and ex-gay efforts, participants still report significant homosexual struggles. With its seemingly ineffective processes, not to mention its negative impacts on Filipino participants’ physical, mental, and emotional well-being, gender conversion therapy should be banned in the Philippines.

Homosexuality was removed from the Diagnostic and Statistical Manual of Mental Disorders (DSM) in 1973. It has been 47 years since. It is about time for my beloved Philippines to join forward-thinking nations in eradicating backwards beliefs on homosexuality, and to ban gender conversion therapy entirely. – Rappler.com

Nel Jayson Santos is an MA Sociology Student at the Memorial University of Newfoundland and is one of the few authors of ex-gay studies in the Philippines.

*Pseudonyms have been used