Facebook Twitter Copy URL
Copied
'[S]ince the day you touched me, all I can do is quiver in silence at the sight of that instrument'

I was 10 when my parents first brought me to the music store. All kinds of instruments were on display, and I remember thinking about wanting to learn the violin. My parents decided to enroll me in piano lessons instead. Unwittingly, I obliged. Little did I know that it would be the last day of my innocence.

Music played a huge role in my childhood. My father often played saxophone music while my mother listened to pop and ballad songs from the ’70s to the ’80s, the golden era of music. I enjoyed it as much as they did, and eventually I developed my own taste.

In fourth grade, when I learned of Michael Jackson’s death, I was devastated. But along with sadness came curiosity. While I had known of the singer’s music since before his demise, I wanted to know more of how he gained inspiration to make music. See, I also wanted to make music because I thought that it would bring pride and joy to my parents, something a 9-year-old girl would normally want.

And so, even though I didn’t originally plan to learn the piano, I went through with it. My mother tirelessly fetched me from school to the studio so that I would be on time. The first few sessions were alright, you were kind and I was gullible. 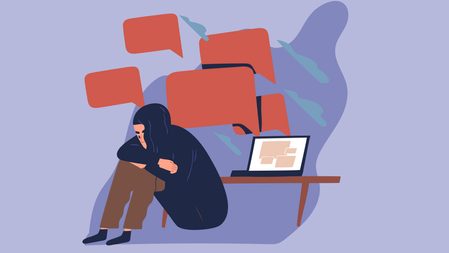 I had mistaken that kindness for something sincere and without malice. Little by little, you taught me how to read notes, and each time I performed well, you would offer me your PlayStation Portable. You knew I loved games.

As time went by, I became more comfortable around you and you took advantage of that. I remember going into the studio wearing a shirt and a black skirt. You told me I looked “sexy” and that I was “hot.” Back then, I thought it was harmless. I felt good, actually. But now, as an adult myself, I cannot fathom how a grown man like you would have the stomach to tell a prepubescent girl that they appealed to you the same way Kasumi from Dead or Alive – a character with a voluptuous figure – did. Remember, I was only 10 years old.

You didn’t stop the comparisons. From Tifa Lockhart to Mai Shiranui, the characters always showed skin and I would often wonder where it all came from. My body was as straight as a plank but I can still remember how your eyes preyed over them like it was food waiting to be devoured. I was scared and I learned close to nothing over time, because you would only teach me for 20 minutes then let me play your PSP for the rest of the session.

Inevitably, you started to touch me inappropriately. What were once taps to remind me of my poor posture became lingering strokes and grazes. I would not say anything back to you because I convinced myself that you were merely doing your job as a teacher. But how could you be a teacher when, instead of enhancing my talent, all I gained from you is confusion, hurt, and fear?

The notes and rhythms that were once in my head were replaced with deep contempt and disgust. I could not play the instrument even when my parents begged me to. I knew I hurt them because I wasted their money and devotion. I knew they had hoped for me to do well. And I did, but you just had to take it all away from me.

I wanted to tell my parents of what you were doing to me but I just couldn’t bring myself to break their hearts. I wanted to be their pride whenever there were gatherings. I wanted to be that kid who played the piano. But since the day you touched me, all I can do is quiver in silence at the sight of that instrument. I would shrug and keep mute whenever someone asked me why I never played in public. I was ashamed.

Until now, my parents remain oblivious of what you had done to me. And I regret it so much because letting you get away with it meant opening more doors for you to molest and groom other girls.

SOS Children’s Village: A safe space against abuse and neglect 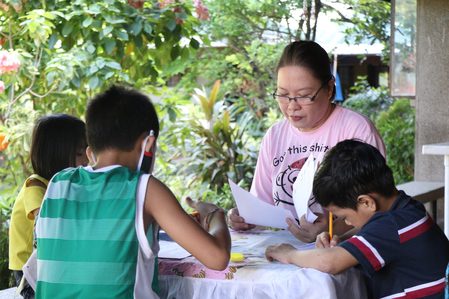 I wish I wrote down your name, because my trauma has only forced my brain to forget it. But your face, your hands, and most especially your eyes – they haunt me to this day.

I don’t know where you are now but I hope you find this letter someday and realize how much pain you’ve put me through. While your remorse is not guaranteed, I just want you to know that you were no good to me as a piano teacher nor as a person.

I am writing to you because I want to make peace with myself and to tell myself that it wasn’t my fault.

To my parents, who would one day figure out that it was their daughter who wrote this, please don’t blame yourselves. I love you and I’m sorry for not being brave enough to tell you this as myself…that I had to use a pseudonym to get this out.

And to all the other girls who went through the same thing, be kind to yourselves. Like what Dr. Jean Milburn from the series Sex Education said, it’s not about you. What your abusers did to you can only be pointed back to them. So please, fight and continue to find other passions, even if it means another heartbreak.

It’s what I’ll continue to do. – Rappler.com