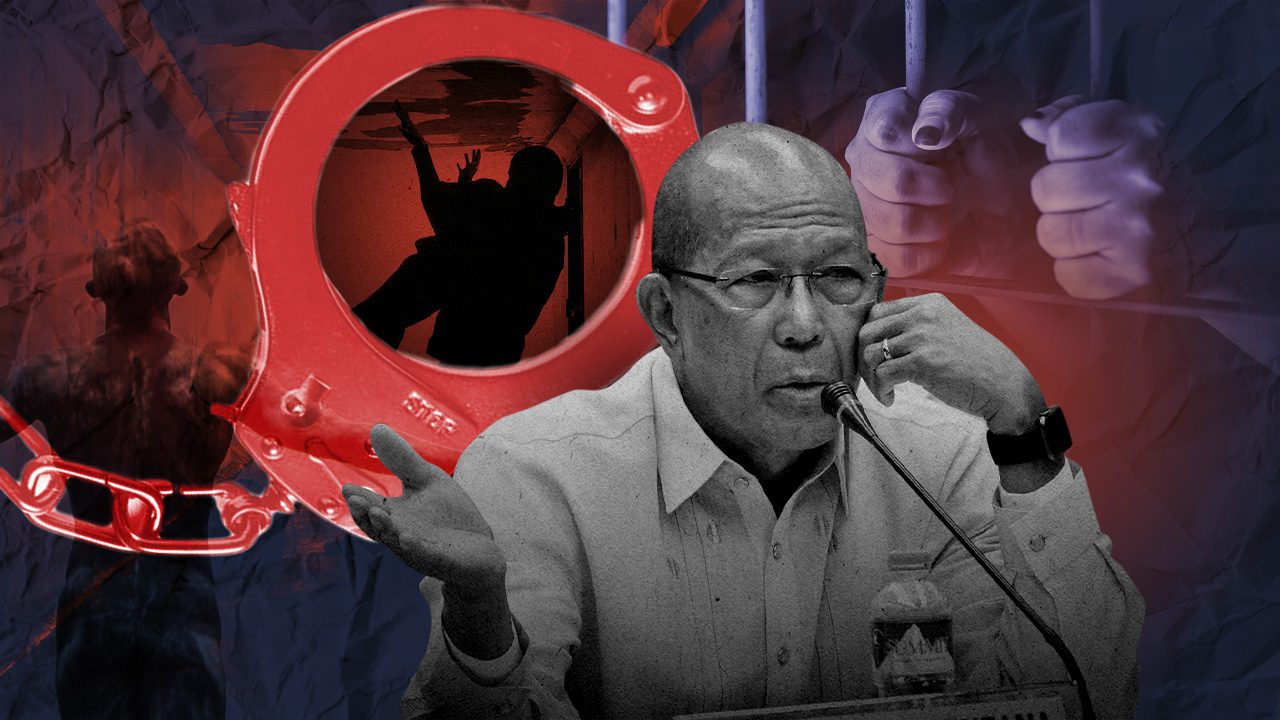 Facebook Twitter Copy URL
Copied
'My daughter has been incessantly vilified through videos and memes on social media, and through tarps and posters in public places. Have you now marked her, and us, her family, for death?'

At a media briefing on January 20, Defense Secretary Lorenzana showed a list naming what he said were UP students who had joined the communist rebel movement and subsequently died in encounters with the military.

Among those Lorenzana named was Myles Cantal Albasin, my daughter, who has been in detention for close to 35 months now.

Myles and 5 young men were illegally arrested in Mabinay town, Negros Oriental on March 3, 2018 by soldiers in what the military claims was an “encounter.” Although the Mabinay 6 tested negative in paraffin tests, they were charged with illegal possession of firearms and explosives, which has become standard for those the State brands its “enemies,” whether in drugs, politics, or dissent.

Today, we are still waiting for the court’s ruling on our petition for bail, hearings for which concluded in June 2019 with no opposition from the prosecution.

When I saw the list handed out during the media briefing and Lorenzana’s tweet that showed Myles’ photo along with other young people Lorenzana was referring to, I feared for my detained daughter’s as well as our family’s safety, given how, under this government, such lists have become a tool of terror, a mark of death.

My fears were heightened when, toward evening, I received a friend request on Facebook from a certain “Matt Florence,” whose profile photo was of a foreign-looking male with what appeared to be a Photoshopped hand aiming a gun.

My daughter has been incessantly vilified through videos and memes on social media, and through tarps and posters in public places. Have you now marked her, and us, her family, for death?

This is utterly despicable. Facts do not matter to this government, which hides behind lies. Mr Lorenzana also lied about Rachel Mae Palang, whose photo appeared alongside Myles in his tweet, who was not even from UP but from Velez College in Cebu. So why did she and Myles end up on his list?

But there’s the rub. With their vaunted billions in intelligence funds, it is hard to believe this was a mere error. I believe it was deliberate, intended to send a message.

Mr Lorenzana, have you no respect for the dead anymore? How can you continue rubbing salt on their families’ wounds every time you parade their faces like trophies? You say you are a parent, too. Do you even feel their pain?

You were once a soldier. Is there no more honor among warriors?

We are parents who dream of a land free from oppression, of a society that upholds equality, and of a rule of law for the people and not for a privileged few. We raised our children to explore and ask and make up their minds. We sent them to schools we knew would open their minds and give them the tools to scrutinize the world and seek to make it better. Because of this, we respect their life choices.

Like all Filipinos, this pandemic has made our lives difficult. Jail visits have been suspended. It has been more than a year since we last saw Myles. In the male dormitory of the Dumaguete City District Jail where she is detained, a jail officer died and two others tested positive.

We all know that face masks are essential to slowing the spread of COVID-19. But the government has not supplied masks for everyone in the jail. And yet it has billions of pesos to spend against those it perceives to be a threat to President Rodrigo Duterte and his ruthless administration.

On March 3, the Mabinay 6 will have been behind bars for 3 years. Yet their trial has not even begun.

In a country where impunity for the violence and corruption plaguing our people has become the norm, we take comfort in God’s protection and divine intervention.

Still, we have waited long enough for justice to take its course. We will no longer be silent. – Rappler.com

Grace Albasin is a veteran journalist, and the mother of Myles Cantal Albasin, a youth leader who had been arrested by the military in Negros Oriental with 5 others in 2018.