[OPINION] Policies and systems on mental health should be worker-oriented I learned that I had bipolar disorder back when I was in high school. The trend of acknowledging mental health had also begun to rise at that time, and deliberations regarding whether or not to pass the Mental Health Bill were underway.

Contrary to popular belief, there were those who opposed the bill, such as Janice Cambri. According to them, the proposed law violates international agreements, most notably the UN Convention on the Rights of Disabled Persons.

Such a claim led me to wider speculations after high school. I began to look into “anti-psychiatry,” “critical psychiatry,” and “deinstitutionalization,” and encountered names such as Thomas Szaz, Joanna Moncrieff, and Peter Sedgwick. This was concurrent with my looking into “disability politics,” “disability justice,” and “disability rights,” and the works of Michael Oliver and Marta Russell. Sadly, of course, the aforementioned names were located in the Global North, and I rarely encountered works and names coming from the Global South both in the fields of mental health and disability issues.

Despite this, however, such works have strengthened my political belief as a disabled person and a person diagnosed with a mental health condition. Most of them pointed out that due to the current socio-economic system, wherein productivism is the topmost priority, not only do physical health problems continue to persist, but mental health problems as well, mostly affecting the working class. With the continuance of labor injustices such as contractualization, unjust wages, and union-busting, how could workers survive under this system? Not to mention, of course, that basic services such as health care, housing, food, and clothing are commercialized for the benefit of the ruling class.

Mental health policies and systems should be worker-oriented

Whether or not the Mental Health Law is in line with international agreements is not even enough. After all, international organizations, notably the United Nations, rarely criticize the root cause of disability and mental health-related oppression, which is the current socio-economic system. Besides, such organizations only see disability as a natural part of human diversity despite the likes of war, famine, and imperialism, which cause widespread social inequality.

What’s the alternative to this? First, mental health service users should organize themselves. This would be a small yet great step since it signals that these users are ready to fight against the current culture, wherein mental health concerns are just individual problems.

How to open up about your mental health at work 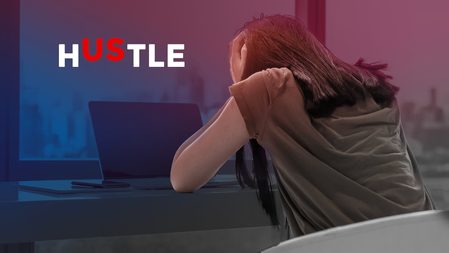 Last but not least, users should join in solidarity with the working class in fighting not only the current culture and the oppression of mental health, but also their root causes. Current mental health services are controlled by the ruling class, where it could be used as a defense mechanism against possible revolts from the working class.

Meeting all these conditions would guarantee that our systems and policies regarding mental health are worker-oriented. After all, the central focus on enriching mental health is not in providing tons of seminars, but rather in protecting the welfare of workers, such as guaranteeing security of tenure, fair wages, and providing for their basic needs.

It is time for service users to step out of the closet and strengthen their political awareness. – Rappler.com

Ronald De Guzman Jr. is currently on Leave of Absence from the University of the Philippines Baguio. For feedback, you may reach him at student.ronalddeguzmanjr.01@gmail.com or rgdeguzman1@up.edu.ph .