[OPINION] Refugee protection and the threats of the Anti-Terrorism Law 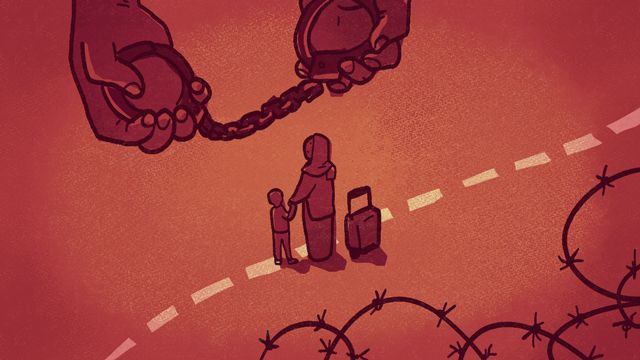 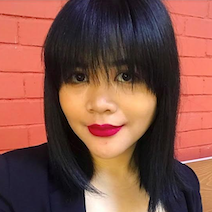 In 2019, the UN High Commissioner for Refugees (UNHCR) reported that around 26 million individuals were forced to leave their countries to seek protection in other states. For many refugees and asylum seekers, accessing asylum in another territory could be more challenging than leaving one’s home country. Persons applying for refugee status could experience harsh journeys going to their country of destination. They may also face detention and imprisonment in their receiving countries. Worse, they could be forcibly deported to their countries of origin (refoulement), where they might again face threats to their lives and safety.

The Philippines is the first Southeast Asian country to sign the Refugee Convention. Since the early 20th century, the Philippines has been accepting asylum seekers onto its shores. At present, around 690 refugees are living in the country, and they are provided with state protection that will allow them to enjoy rights without fear of being forcibly deported to their countries of origin. The Philippine government has also introduced policies to assist refugees towards self-reliance and integration into their host communities. (READ: When the Philippines opened its doors to Jewish refugees)

This protection enjoyed by persons of concern, however, could be under threat now that the controversial Philippine Anti-Terrorism bill has become a law.

Section 11 of the Philippine Anti-Terrorism Act of 2020 defines foreign terrorists as those persons who travel outside their countries for the purpose of planning or executing terrorist activity in the Philippines. While the law aims to protect the country against terrorists coming from abroad, it does not provide safeguards for innocent persons seeking asylum in the Philippines to not be wrongfully classified as terrorists. This is particularly a concern for asylum seekers coming from countries identified as "high-risk states" or terrorism hotbeds. Proscription of terrorists from foreign juridictions is also allowed under this measure. This has implications for persons who were unjustly tagged as terrorists by their governments, as they could be identified as terrorists through this method. Being tagged as a terrorist could deprive legitimate asylum seekers the opportunity to safely access refuge in the Philippines.

Before an asylum seeker is granted refugee status, his application must first go through a refugee status determination (RSD) process to ascertain the persecution or threats of harm experienced by the asylum seeker in the country he fled from. This process requires a thorough assessment of political and social issues in the countries of origin before asylum seekers can be classified as refugees in the Philippines. The current RSD procedure also has its mechanisms in determining whether an asylum seeker has committed acts that would fall under Article 1F, or the exclusion clauses, of the Refugee Convention, which could bar one’s application for asylum. (READ: Philippines grants asylum to Iranian beauty queen)

This national asylum mechanism, however, could be undermined by the proposed powers of the Anti-Terror Council (ATC) to designate terrorists. Section 25 of the Anti-Terrorism Law empowers the ATC to designate persons as terrorists upon finding of probable cause of their intent or commission of a terrorist act. Given this provision, the ATC could designate a person based on the intelligence that it collected, regardless of the information coming from RSD assessments. The vague and overbroad definition of “terrorism” under the Act could simply be used to justify the designation. This creates a risk that an asylum seeker who suffered legitimate persecution in his country of origin may not be able to access refuge in the Philippines, as his designation will hinder the asylum application.

Interestingly, the law did not indicate a mechanism where the existing RSD process can inform the designations made by the ATC, should the person in question be an asylum seeker. The measure also did not mention how it can be harmonized with the current RSD process. It also did not provide a clause recognizing the primacy of non-refoulement (prohibition on forced deportation) as a state policy.

Persons already identified as refugees in the Philippines may also face a grave situation should they be wrongfully designated as terrorists. Though they enjoy the same protection as Philippine citizens, refugees in the country remain a vulnerable population. A designation of them as terrorist could cause the freezing of their assets, and would have implications on their freedom of movement, livelihood, and access to humanitarian support.

Considering the infirmities of the Anti-Terrorism Law, it could now be more challenging for asylum seekers and refugees to access protection in the country. Fleeing persecution from their home countries is already a challenge for refugees and asylum seekers. Accessing and maintaining safety and security in another country should not cause more suffering to these persons of concern.

The Anti-Terrorism Law as it stands now fails to take into consideration the struggles and situation of refugees and asylum seekers in the country. Worse, the law could even expose these persons of concern to further harm with its infirm definitions and provisions. Ending terrorism is important in achieving a peaceful society, but the path to eliminating terrorism should not curtail people’s rights and freedoms, including refugee rights.

Refugees and asylum seekers fled their countries in search of a safe haven. The Philippines has always been one for them, and it should remain as such. – Rappler.com

Reinna Bermudez is OIC Chief of the Commission on Human Rights' Center for Crisis, Conflict, and Humanitarian Protection. She is also Juris Doctor student at the University of the Philippines College of Law.