[OPINION] Thoughts on the job cuts, from an ABS-CBN employee 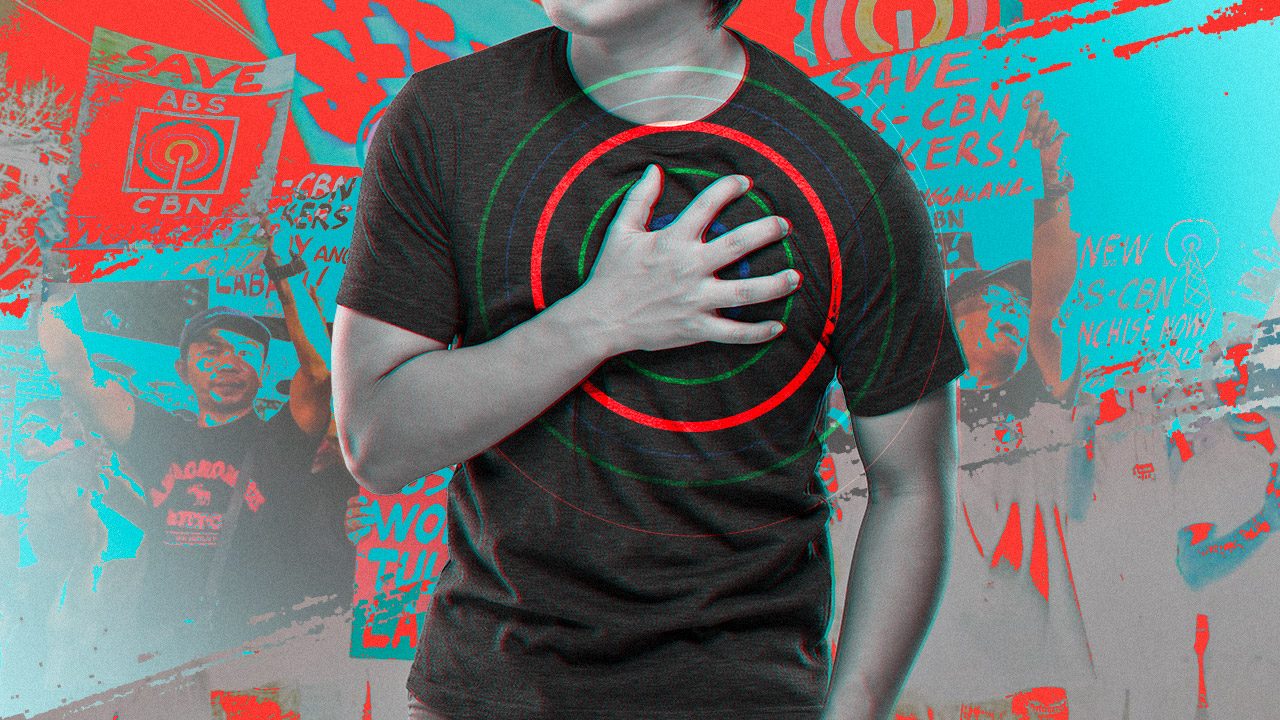 Facebook Twitter Copy URL
Copied
'I am only one of the 11,071 employees.... But also, I am one of many who are tired of this circus that is the government.'

The news that we’ve dreaded for a long time has come. It’s here, right on our laptop and cellphone screens: our bosses announcing the heartbreaking decision to let go of most of us. (READ: With no franchise, ABS-CBN cuts jobs)

After management announced that layoffs would start next month, our work group chats have been flooded with messages of thanks and goodbyes from officemates – far from the usual weekly updates on our stories and case studies.

If this were a television segment, this is the part of the story where a dramatic score would play in the background, with close-ups on our faces to emphasize the tears falling. But there was none of that. Most of us sat anxiously inside our homes as we mentally and emotionally processed the fact that we were about to lose our jobs in the middle of a health crisis.

As employees, artists, and supporters trooped outside the network’s compound this week to hold protests and noise barrages, reality sank in. And the deeper it sank, the harder it was to process the pain. Pain was seeing my boss in tears amid a crowd of protesting employees. Pain was seeing another officemate, who just lost a brother recently, now having to deal with another loss. Pain was listening to the words of another employee, whose mother was just hospitalized, and who now faces unemployment after more than 20 years with the network.

Our pain as employees comes in many different forms. Mine comes in the form of a dream thrown away after years of hard work, because 70 congressmen chose to serve the interests of the powerful few over those of innocent workers – not to mention the millions of viewers across the country who rely on ABS-CBN’s news and entertainment programs.

It is almost impossible to accept everything that transpired in these two months, because we knew the truth all along. The concerned government agencies that Congress had invited to the hearings have cleared the network of our alleged violations. However, sometimes the truth is not enough if critics are willing to use all sorts of legal acrobatics to interpret the law.

Listening to the hearings was torture for us employees, especially when some of the obviously misinformed congressmen remained deaf and allergic to facts. Whether you agree or not with Congress’s decision to deny ABS-CBN a new franchise is immaterial. Thousands of workers and their families are going to suffer in the next few weeks, at a time when the job market is dismal. We should hold accountable the 70 congressmen and the bully of a president that started all this.

But also, I am one of many who are tired of this circus that is the government. We need to take action. We need to take our rage to the streets. No virtual hugs and sad emojis could express the grief that we are all feeling at the moment. Congress’s announcement was the culmination of the more than two months’ worth of anxiety and sleepless nights. We employees do not deserve this.

Despite our pain, I still want to sound hopeful. I take comfort in knowing that millions of Filipinos are with us in this fight, and are beginning to shift gears just as the political climate is worsening. If anything, ABS-CBN’s colorful past should also remind us that this isn’t the first time a dictator had it shut down. The network has gone through far worse episodes in the past, and I trust that it will come back roaring on air one day, just like it did in 1986, to be in the service of the Filipino again.

If this were a television segment, this is the part of the story where the names of the 11,071 workers roll in the closing credits before the screen finally fades to black. Although this isn’t the finale yet, sadly, some of our stories have to end in this chapter.

We may not be included in the network’s next episode when it reopens one day, but we know that as a company, ABS-CBN will survive. It always will.

Nicole Villavecer is a segment producer for ABS-CBN.