What if women ruled the world? Would there be fewer wars and mass shootings? Could the climate change for the better, and the COVID-19 crisis be resolved faster?

Plato would probably be open to the idea. While critics point out that Plato was sexist because he referred to women as the weaker sex, and there are hardly any female characters in his Dialogues, in Book IV of The Republic we find him recommending that women and men receive the same education and training to take on leadership roles in the “polis” (i.e., Greek for the city-state).

This is premised on his assertion that, despite their differences, women and men are endowed with the same human nature, composed of the appetitive (i.e., pleasure seeking), the spirited (i.e., honor seeking), and the rational (i.e., truth seeking). As such, women and men whose dispositions lean toward the appetitive could become merchants, just as the spirit-inclined could become auxiliaries or soldiers. Meanwhile, the reason-driven could become guardians or leaders of the “polis.”

Unfortunately, whatever feminist points this recommendation earns is canceled out by Plato’s other problematic recommendations in The Republic, such as guardians having communal wives and children.

More than 2,300 years after The Republic, women from different parts of the globe have proven again and again that Plato was not entirely correct about the rightful niche of women in society. Not only have women led cities and countries, they have also demonstrated they can lead in traditionally male-dominated fields.

One of the high points of the 2019 U2 concert in the Philippines was the iconic rock band performing  “Ultra Violet (Light My Way)” to salute women leaders around the globe, including some of our own, like Melchora Aquino, Cory Aquino, Lidy Nakpil, and Maria Ressa. Google “women leaders today” and you would see that U2 was not exaggerating. Women CEOs? Check. Women generals? Check. Women fighter pilots? Check.

In the December 20, 2020 issue of the Harvard Business Review, researchers Jack Zenger and Joseph Folkman wrote that based on the results of leadership competency assessments of 60,000 leaders before the pandemic, “women were rated better leaders by those who worked with them compared with men.”

During the COVID-19 crisis in 2020, Zenger and Folkman did another round of assessments of 820 leaders from various industries using a tool called Extraordinary Leader 360-degree assessment. The result: “Consistent with our pre-pandemic analysis, we found that women were rated significantly more positively than men…. The gap between men and women in the pandemic is even larger than previously measured, possibly indicating that women tend to perform better in a crisis.”

Yet, the fact remains that women leaders are a minority. How then might we encourage more women to become leaders?

One way might be to work together to create an environment where it is safe to become one. In the recent  “Beyond the Ghetto” webinar, Ateneo women philosophers underlined the value of making our students aware that despite the preceding, we still live in a largely patriarchal society in which women who rise to leadership positions and who do not conform to  what men traditionally expect of them are punished. This punishment may come in various forms, from remarks like “nakakalalake ka,”  to outright violence, such as what Elliot Rodger did in Isla Vista, California.

In 2014 Rodger uploaded a YouTube video explaining how his “Day of Retribution” was his response to years of enduring rejection because “girls have never been attracted to me.” Rodger’s case was analyzed by the philosopher Kate Manne in her book Down Girl. For Manne, what drove Rodger’s rampage was the mindset that men are entitled to receive “feminine-coded goods and services” (i.e., respect, love, acceptance, nurturing, safety, security and safe haven.) 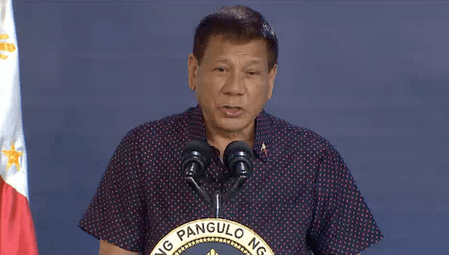 This mindset flows from misogyny, which Manne defines as “social systems or environments where women face hostility and hatred because they’re women in a man’s world – a historical patriarchy.” To curb misogyny, she highlights the value of educating the youth, especially young men, before they unknowingly imbibe the worldview that we all live in a men’s world in which women primarily exist to meet the needs of men.

Discussing and critiquing news headlines and social media feeds which promote misogyny are good starting points for parents, teachers, and the youth. These however would need to be sustained by more systemic and deliberate means like curriculum development and national legislation.  The goal is nothing less than to achieve critical mass so that someday, supposedly educated male heads of state would no longer insult, harass, and imprison women leaders who “threaten” them. – Rappler.com

Von Katindoy teaches at Ateneo and studies at UP Diliman.