[OPINION] What does it mean to celebrate Andres Bonifacio? 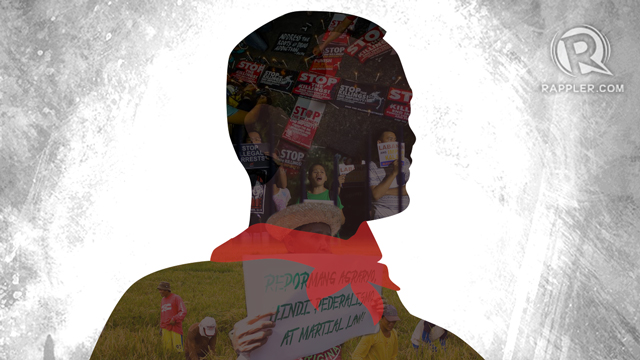 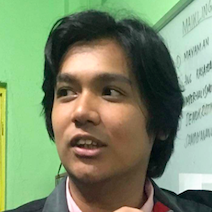 The Philippines is undergoing a continuous crisis, brought about by decades of foreign exploitation and centuries of class entrenchment. Semi-colonialism and semi-feudalism have resulted in a political economy that concentrates economic development in an increasingly small section of the population, while a large majority remain agricultural and left behind. Political power ends up resting on the laurels of the wealthy few, while the rest are left to deal with the constant fear of death.

As an agricultural country, the Philippines has utterly failed to sustain itself. As of August 2019, our import-dependent, export-oriented economy took in $8.66 billion worth of finished goods and equipment while exporting $6.25 billion worth of raw materials we could have processed ourselves into the very things we need.

As of November 2019, we have become the world’s top importer of rice; a true irony for a nation where 75% of the population live in the countryside as farmers. (READ: [ANALYSIS] Duterte's ban on rice imports: Enough of these capricious policies)

All of this feeds back into a system that actively supports the status quo. In this current state, the largest landlords and businessmen earn back from imports and hoarding land, while the poorest farmers only reap debt from trying to live day-to-day.

Any form of critique or resistance against the status quo is met with extreme prejudice – illegal arrests, crackdowns, or outright murder. Less than a year into Oplan Kapanatagan and the number of political prisoners grows larger by the day. In 3 years, Rodrigo Duterte has managed almost 30,000 extrajudicial killings, including 240 farmers, students, activists, government officials, members of the church, unionists, and so on – but no drug pushers. (READ: [OPINION] The irony of National Students Day)

In this current situation, we must ask ourselves: what does it mean to celebrate Andres Bonifacio? Bonifacio similarly found himself in a society plagued by crisis. Spanish colonialism was sucking the country’s natural resources dry, while feudalism entrenched a foreign elite and created institutions which kept them in place.

Bonifacio’s Philippines, in a way, isn’t too different from ours. It was an agricultural country built on the backs of farmers who didn’t own their land. It was highly dependent on foreign imports for its finished goods while its raw materials were sent off to distant markets. Any attempt to dissent was met with extreme prejudice – Rizal was exiled to Dapitan for writing two satirical novels and pushing for reforms.

Bonifacio sought a way out of the current state of affairs. Not through reform, as Rizal had tried, but through revolution. And revolution is the apt word: at its core, revolutions are radical changes. Bonifacio did not simply wish to rebel. When he clamored for the distribution of friar land along with the need to remove the Spaniards from the country, he had started a prairie fire. Bonifacio and the Katipunan wanted a new society, Katagalugan, free from foreign influence and friar control.

Remember Andres Bonifacio by recalling his legacy in Philippine independence is simply not enough. Celebrating Bonifacio isn’t just remembering that he existed, it is contextualizing his deeds in our modern context. Bonifacio’s true legacy was that he showed us what needs to be done. (READ: A family tree: Where are Andres Bonifacio's descendants?)

There is a crisis in Philippine society, similar to the old crisis that birthed the likes of Bonifacio. In the fight for national democracy, we must never forget Bonifacio’s most important lesson: that the only recourse is through struggle.

Even when the Philippine Revolution petered out and transitioned to American colonialism, the revolutionary spirit of the masses continued the struggle Bonifacio began in Balintawak. From the first unions and cries of “Death to Imperialism!” all the way to the calls for genuine agrarian reform and national industrialization, the Filipino people have continued the battle for genuine democracy in any way possible.

The past 50 years have intensified the struggle, armed or otherwise, and have only proven what Bonifacio already knew. No concessions could be made, no victories could be gained, if not taken by the people.

It is up to us, as Filipino people, to uphold the revolutionary tradition of Andres Bonifacio and the Katipunan. Not through pithy proclamations of “Mabuhay ang Pilipinas!” and pseudo-nationalism that fades just as quickly as it goes, but through a constant, unwavering stance for what is true and just. Any call for “unity” and “cooperation” in lieu of criticism is the result of apathy to the reality of Philippine society.

We are not here to “celebrate” Andres Bonifacio. We are here to continue his revolution. We must assess our Philippines – stunted by foreign imperialism, native feudalism, and bureaucrat capitalism, and pledge a covenant as the Katipunan did in 1896 to struggle for its freedom. We have said our words. (READ: Andres Bonifacio: Myths, trivia, execution)

Now is the time for action. – Rappler.com

Justin Umali is a writer and an activist from Laguna. He is a regular contributor for Esquire Philippines, and currently President of Kabataan Partylist Laguna.