[OPINION] What kind of teacher are you? Conformist or critical? Facebook Twitter Copy URL
Copied
'Turning a blind eye to the present condition, conformist teachers only promote the image of an ideal citizen who follows authority without question'

Teachers have a vast influence on the lives of great leaders, thinkers, and dreamers in our society. Every profession is a product of teaching. Teachers, then, are one of the major driving forces in nation-building. Educational institutions bind citizens with the country, which is why they get the lion’s share of the national budget.

However, our citizens’ efforts towards development remain sorely lacking. Is the academe responsible for this lack of a good citizenry? Can we blame our teachers for this? Is this a failure of education as a system?

There are two kinds of teachers that our society produces: the conformist and the critical.

The conformist teacher and the banality of evil

In her famous book Eichmann in Jerusalem: A Report on the Banality of Evil (1958), where she documented the trial of Adolf Eichmann in Jerusalem, Hannah Arendt captures the central idea that evil people do not necessarily perpetrate evil acts. Instead, they can be the result of bureaucrats dutifully obeying orders. We can also apply this central idea to the conformist teacher.

Albert Camus, an Algerian-French philosopher who wrote the book The Plague, also said, “The evil in the world comes almost always from ignorance, and goodwill can cause as much damage as ill-will if it is not enlightened.”

Here I am not talking of absolute evil as acts driven solely by wickedness, depravity, or malevolence. I am describing evil as a human fault or misunderstanding. Thus, in this case, evil takes the form of ignorance, and a teacher’s job is to deliver their students from the “evil” that hinders national progress.

Although the idea is to drive out the “evil” from students, conformist teachers are often content with staying out of politics as a topic and focusing on their subject matter. They always blurt out, “Sumunod ka na lang (Just obey).” There is no dialogical situation for conformist teachers. They don’t engage; they follow.

They pass on to their students the idea of blind obedience, which Arendt calls “thoughtlessness.” This thoughtlessness puts others’ demands or the authority’s interests first, mainly to attain social and financial success. Consequently, this self-interest obliterates social responsibility. Turning a blind eye to the present condition, conformist teachers only promote the image of an ideal citizen who follows authority without question.

If a teacher doesn’t negate social pathologies, and doesn’t incorporate this negation inside the classroom, they contribute to the cancer within society. Take note: cancer grows strong when ignored.

In his talk, The Banality of Evil in Interpreting the Martial Law Experience, Beaujorne Sirad Ramirez said, “These are people who are capable of receiving knowledge, but [are] a dire failure in understanding the plight of others. Since they are motivated by private concerns, they would always think of their particular experience and never the collective.” 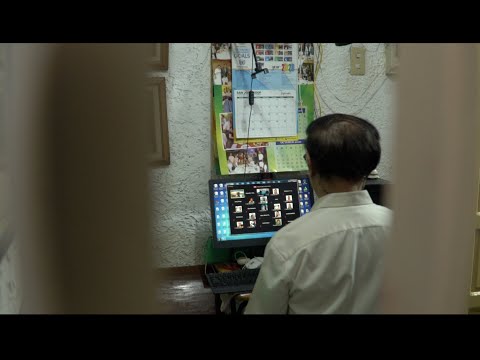 To counter the culture of passivity and neutrality, critical teachers defend democracy. They instill the idea that collective action on social issues is a step to becoming good citizens. Critical teachers believe that education is a weapon to negate hate speech, red-tagging, and fake news, which hinder national progress.

Feminist author bell hooks (yes, that’s really how she spells her name) proposed an engaged pedagogy to promote critical awareness and students’ active participation in the learning process. Critical teachers serve as a catalyst, calling everyone to become involved in learning.

The opposite of conformist teachers, critical teachers engage students in discussions. They are open to contributions and criticisms from their students. This engagement prevents students from a blind devotion to their teachers, and promotes the healthy discourse needed for social transformation.

Unfortunately, society often vilifies critical teachers for being complainers of the system. The administration red-tags them despite their selfless efforts. For example, the ACT Teachers Partylist, which champions causes such as salary hikes, chalk allowances, and public teachers’ rights, has been the target of harassment, threats, and surveillance. People frequently label those who open their students’ eyes to different socio-political issues as members or supporters of the Communist Party.

The classroom is a community that must promote civic awareness and good citizenry; that is why teachers need to encourage students to critically examine their lives and the social, political, and economic problems that affect them. Being a critic of government practices is not subversion. Instead, it is a sign of a good citizen, one who participates in good governance by pointing out our leaders’ fraudulent practices.

Often you will hear, “Kahit sino ang presidente magrereklamo kayo; para sa inyo lahat mali (Regardless of who the president is, you will still complain; everyone will always be wrong).” The critical teacher’s task is to confront these prejudices, so that critical inquiry never turns into demagoguery.

What kind of teacher are you, then? An enabler, or an eye-opener? – Rappler.com

Sensei M. Adorador is in the faculty of the College of Education at Carlos Hilado Memorial State College, Negros Occidental. He is a member of the Congress of Teachers and Educators for Nationalism and Democracy (CONTEND).