[OPINION] What society is today is a reflection of its education The Philippine educational system, by looking at its roots, came from our colonial past. It was when the Americans used education as a tool for us to act, speak, and even think in line with our colonizers, separate from the Spanish who only made some reforms when the Educational Decree of 1863 was enacted, enabling mestizos to study in Europe and gain liberal ideas, which sparked the Philippine nationalism and thus, revolution. We cannot deny the fact that our educational system is one big determiner of how well we perceive quality in many aspects of our lives.

One will agree that the educational system is a product of our distorted identity as a nation. It is true, however, that the other side of the coin is also the case. How we shape our society can be seen through the lens of education. This includes the way we view individual responsibilities, mental health, inclusion, providing critiques, and questioning the current and pressing issues that we face, among other things.

Unfortunately, there is a need for us to check our current value system, not just the value system that we got from the Spaniards which were repeatedly taught in basic education, such as the maniana habit, ningas kugon, palabra de honor, and inter alia. What I am referring to is our problematic behaviors such as gullibility, the low viewpoint of research, how we view mental health, how we choose the next president of the country, and others as well. On education and advancing social change

As an example, when the Basic Education Act of 1982 was still in effect, it was lacking in terms of instilling the “social’”part of education, which Dewey refers to as “Education for Democracy,” wherein true discourse and the engaging of different ideas based on evidence and meaningful engagements could not be observed well. This was because the focus of the Marcos administration, aside from institutional reforms, was only on strengthening the human capital production of the Philippines in terms of supporting the import-substitution-industrialization (ISI) companies – which also failed due to mismanagement and corruption.

Currently, even with the institutional changes such as the implementation of the K-12 program, free college education, and technical-vocational training courses, things are still lacking. Here, I am talking about our value system and how we take things on a larger scale as Filipinos. The national and local elections (NLE) is fast approaching, and with that, aside from instilling voter’s education, I argue that it is also important that we put our value system under scrutiny in order for us to hopefully come up with a consensus on progress and development.

In school, we learn different things such as solving for the area of any shape, writing poems, how to properly do an exercise, understanding how the human body works, among other things. But despite the rigorous undertaking for any individual to learn, it seems that these concepts are not in touch with reality, particularly with how each individual is taught and anticipated to participate as a full member of society.

It is always expected that the highest form of citizenship, for the most part, is through voting. Renato Constantino, in his essay entitled, “The Anti-Social Filipino” has pointed out that the educational system has failed to fulfill its role to transform the nation and instead has only equipped learners to become valuable workers and employees, not emancipated citizens who can see both the small and large scales of things in society. This essay was written more than 50 years ago, and I still ponder on the relevance of Constantino’s words, as it is also true today. The ills of the system must be addressed in order for its stakeholders to focus on sustaining this system.

I also lament teachers who have been alienated by the status quo. It is quite problematic that some of them, being renowned in their fields, have decided to not come to their senses and decide to become partisans, thus, supporting unqualified and even questionable candidates such as Ferdinand Marcos Jr. It is quite ironic that many teachers prohibit cheating, lying, and any form of academic, behavioral, and disciplinary misconduct, but fail to see that these misconducts are also happening in political spheres and even in government.

In line with this, it is frightening that it seems that many have forgotten that entitlement to one’s opinion is not equal to entitlement to facts. It is easy to manipulate and provide altercations without really addressing the most pressing issues at hand. It is like a modern-day divide-and-conquer strategy, but instead of foreign invaders, we are now influenced by our fellow Filipinos and it is now usually done via the internet and social media platforms. 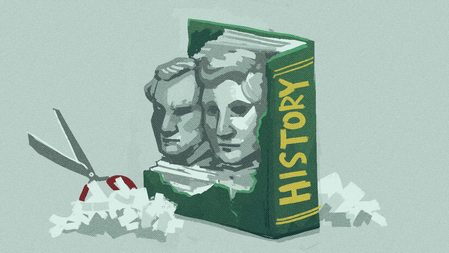 On realigning our values

The effects of academic neutrality and rather, lack of academic freedom even in basic education, is massive. In fact, this neutrality has led to tolerance. The core values of maka-Diyos, maka-kalikasan, makatao, and makabansa are not evident anymore. I agree that it is open to different interpretations and practices, but we must not forget that these core values are place each one of us on the common ground. For example, how can we exhibit maka-Diyos as a core value if we support extrajudicial killings, human rights violations, and people who practice and/or have records of graft and corruption?

One of our problems is that we tend to tolerate any problematic issues because they are outside our personal boundaries. As a nation, many of us do not believe in collective efforts and actions towards social justice, emancipation, and progress. This is a reminderof Karl Popper’s Paradox of Tolerance, wherein the more we tolerate anyone who does the slightest thing that can be considered as a red flag, the more they become powerful, which can result in intolerance.

We keep on focusing on our individuality that we have overlooked the real issues that we must address: structural inequality and poverty, the prevalence of political dynasties and warlords, lack of access to quality social services, work-related exploitation, human rights violations, fanaticism, among other things. As citizens, we must realize that we have become alienated by these structures that we keep on running in circles. I believe that this overhaul must start between the interaction of the teacher and students. As John Dewey has pointed out, education must be social. It must be in touch with reality and what solutions can be done in order for us to become proactive and engaging citizens. Once realized and implemented, there is still hope for a better Philippines – a country with progress in mind rooted in its core values. – Rappler.com

Juniesy Estanislao earned his Bachelor’s in Secondary Education, Major in Social Studies at Pamantasan ng Lungsod ng Marikina in 2018. He currently teaches Araling Panlipunan subjects at the Junior High School of Ingenium School Inc., Marikina City. He is also currently taking up a Master of Arts in Philippine Studies, Major in Development Studies at the Asian Center, University of the Philippines Diliman.