The novelty lies not so much in the context of the pandemic. What makes this election and the recent Labor Day novel is that both occasions come under the shadow of a potential Marcos comeback. And while Marcos and his camp crawl back to power, workers are fighting to assert their agenda on the election’s center stage.

Labor issues are taking center stage for two reasons. First, the conditions continue to ripen for the labor agenda. Two years of the pandemic worsened unemployment and poverty incidence and exposed the government’s pro-capitalist character. Second, a worker decided to compete for the presidency and brought the labor agenda to the fore. Imagine not having a worker in the arena. Presidential candidates can always talk about the pandemic, the increasing intensity of natural calamities due to climate change, the spike in fuel prices, and even war and international relations, but not through the lens of a worker.

With the rise of the labor tide and the presence of a worker candidate, the presidentiables had to take on the challenge of advocating workers’ rights. Vice President Leni Robredo, in particular, claims the title of the opposition and the support of a section of the labor sector. And here comes my rejoinder to my earlier editorial piece on the Vice President’s Angat Buhay Lahat slogan. Early in the campaign season, labor federations in her wing asked her to sign a covenant with workers. Later on, during the recent Labor Day commemorations, she again signed a covenant with another bloc of unions and organizations. Still, despite entering into pacts with selected labor federations and with all her references to the Filipinos’ aspirations of a better life, the Vice President has yet to stand with workers. She has yet to verbalize her stance on labor issues way beyond pacts and ceremonial commemorations for Labor Day.

She has yet to bring on stage, full force, the workers’ call for a living wage, Labor Day or not. She has yet to challenge corporations and manpower outsourcing agencies for circumventing the law’s anti-labor contracting provisions. The covenant she signed with selected labor federations contains calls for a living wage, security of tenure, the right to unionize, and access to social services. Yet, workers have not heard from the Vice President before and after she signed the covenant.

Instead, as I mentioned in my previous editorial, she continues to be a president-to-all – a president to billionaires and working people alike. In one interview, she claimed she would push for an anti-contractualization bill favorable to both workers and employers. Faithful to her trademark pakikinggan lahat ng panig, she said she would ask employers and workers to sit at the same table and draft a bilaterally acceptable version of the Security of Tenure (SOT) Bill.

Robredo to push for anti-endo bill ‘acceptable’ to both workers, employers Workers, especially those who bear the brunt of contractualization, know that table negotiations with capitalists often end in deadlocks. They often end up with business owners refusing to give concessions to the workers – even of the smallest amount. Hence, workers are left with no option but to stage strikes and assert whatever is truly theirs: their wages, their right to a secure and permanent income source, and dignified work conditions.

We can go on and on with examples of how laying everything on the negotiation table will never work. In the end, billionaires and workers have conflicting interests that negotiations cannot reconcile.

Decades of appeasing the ruling class have brought us this: aside from miserable work conditions, social services such as health, transportation, energy, housing, and education are largely privately owned. The pandemic came upon us under these conditions of social inequality, widened the gap between the super-rich and the poor, and threatened the middle class with the possibility of going bankrupt and joining the growing ranks of the poor.

(Meanwhile, religious groups within the Robredo camp are trying to erase the working class from the election narrative by calling this election a fight between good and evil, not between the rich and the poor. Come to think of it, the Bible itself equates excessive wealth with wickedness.)

[New School] Good versus evil: It’s not that simple 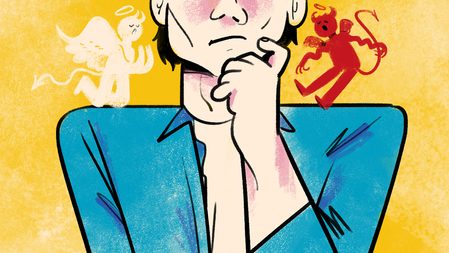 This year’s elections and the International Labor Day commemorations are undoubtedly exciting. With the threat of a Marcos comeback and the labor tide rise, the election season has exposed that while there may be 10 presidential candidates, only two interests are clashing: the capitalists’ interests versus the workers’.

And we know – except for the worker candidate – which side the presidentiables are taking despite having a genuine-opposition badge and an allegiance of certain labor federations. – Rappler.com