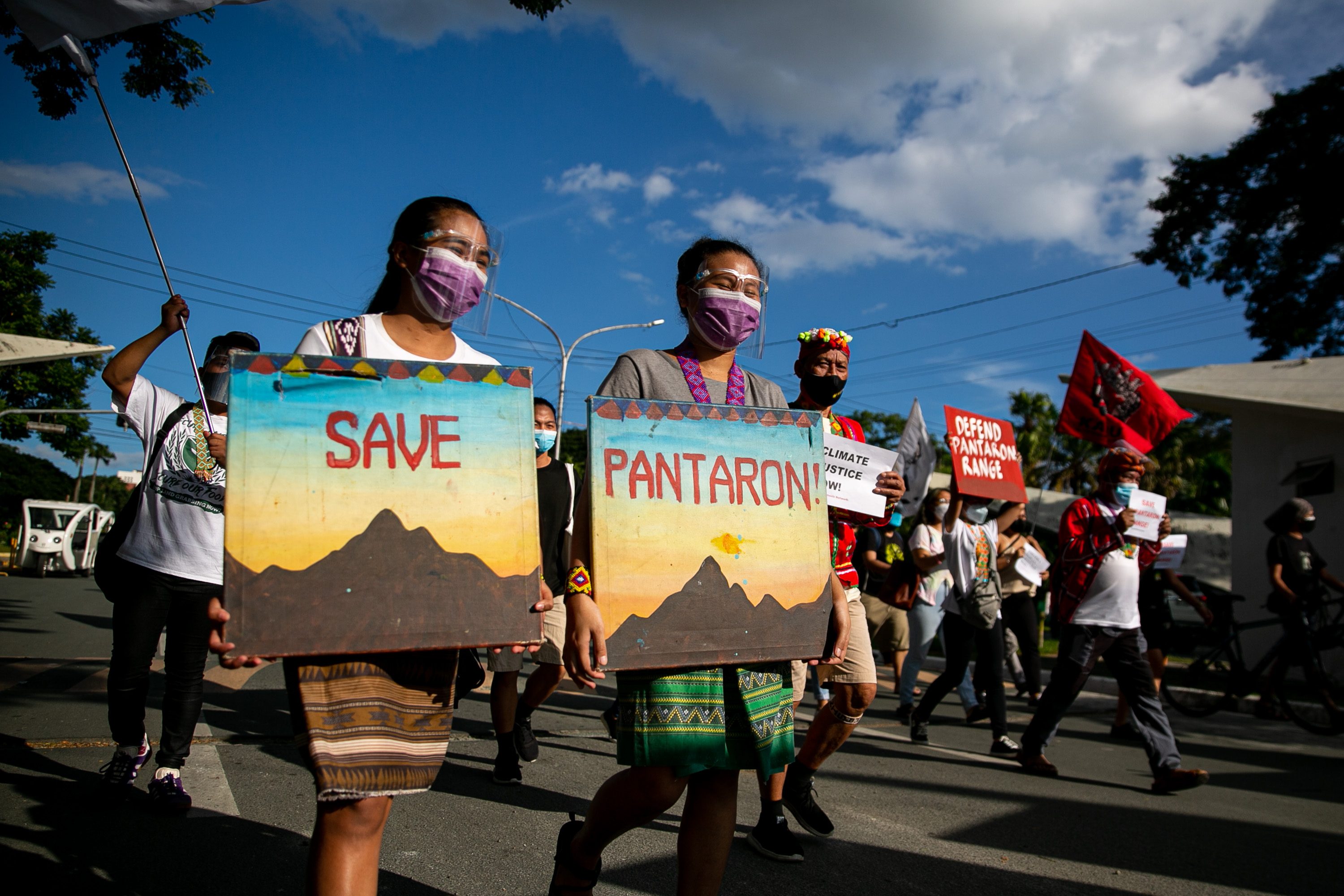 SAVE. Indigenous environmental defenders join the Philippine leg of the COP26 climate protests held across the world on November 6

While everyone is monitoring the intense negotiations and debates here in Glasgow as COP26 enters crunch time, I am forced to monitor instead what is happening back home in the Philippines. Through COP26’s first week, at least 41 land and environmental defenders, including a personal friend and fellow activist, Steve Abua, were arrested by the government of President Rodrigo Duterte.

Steve exposed me to activism during our undergraduate years, which was essential in my eventual development into the environmental researcher and defender that I am today. He is an organizer of small farmers and indigenous people in Central Luzon and is likely the reason why he was abducted by suspected government forces over the weekend.

Prior to his arrest, 40 fishing community members were rounded up by the military for asserting their fishing grounds against the Dutch dredging project for the Manila Bay Aerocity.

Last November 5, I joined Cambodian defenders and supporters from activist group Not1More in a traditional tree blessing ceremony at Kelvingrove Park. This was to call for the release of six environmental defenders of Mother Nature Cambodia who remain in jail today for working on river protection.

Now Steve is in their same plight. I fear worse.

Global Witness has observed that four environmental defenders were being killed every week across the world — in the Philippines under President Duterte, that toll has mounted to 166 deaths.

Killings are just the bloody tip of the iceberg. A recently published paper in a peer-reviewed journal of the International Union for Conservation of Nature observed that “at least 19,498 environmental defenders were subjected to a wide range of human rights abuses under the Duterte administration.”

That equates to 117 Filipino defenders abused for every defender killed. So why vilify, arrest, and murder us?

The fundamental failings of climate negotiations have been the inability to transform rhetoric into reality. COP26 is no different. Meanwhile, environmental defenders have put to practice how people-powered solutions can succeed despite immense threats of violence and suppression.

Why, then, are we not talking about ramping up support for the work of environmental defenders in the climate frontlines?

The recent Glasgow declaration of achieving zero deforestation will ultimately fail if the forest defenders doing the actual work on the ground are being killed with impunity. The announcements of climate finance pledges for adaptation and energy transition will fail if the money ends up in the pockets of corrupt politicians without trickling down to the frontlines.

A little under a week is left for COP26. The way things are going, I can’t help but think that every day spent here could have instead been spent on working for the release of Steve and the countless other Filipino defenders now languishing in jail.

Will COP26 ever listen to the unsung heroes of our planet? – Rappler.com

Lia Mai Torres is the coordinator of the Asia-Pacific Network of Environmental Defenders (APNED), a regional network advocating and working on the issues of human rights, environmental protection, and natural resource conservation. She is currently in Glasgow as a civil society delegate to the COP26 climate talks.