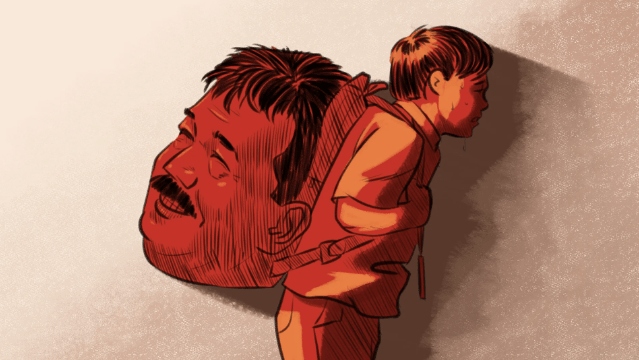 Facebook Twitter Copy URL
Copied
'De Vera consistently allowed, and in many cases, even forwarded policies that made education less accessible in multiple ways, for all different kinds of people'

Announced during the lead-up to Marcos’ first State of the Nation Address, Prospero “Popoy” de Vera’s retention as Commission of Higher Education (CHED) has scarcely received comment. Most major news outlets have reported the development matter-of-factly; only one article so far has pointed out De Vera’s controversial and explicit support for then-presidential and vice presidential candidates Bongbong Marcos and Sara Duterte during campaign season, despite being an active public servant then.

Clearly, the post is a reward for De Vera’s illegal yet brazen support. But his re-appointment deserves more scrutiny and outrage than a mere comment on his patronage politics. If the past years he has served as CHED Commissioner have meant anything at all, it is that his re-appointment does not bode well for students, faculty, their parents, and higher education in general. One of the major themes of De Vera’s term as CHED Chairperson was that tertiary education generally became more expensive. This does not simply refer to rising monetary costs for students. De Vera consistently allowed, and in many cases, even forwarded policies that made education less accessible in multiple ways, for all different kinds of people.

Chief among these was his hesitancy to bar schools from collecting, or even increasing, tuition fees from their students, during a pandemic that caused massive economic distress for all but the wealthiest families.

For all his urging of HEIs to  “exercise leniency and help students,” De Vera’s administration somehow failed to act on either tuition fee refunds, or a moratorium on tuition hikes. In fact, CHED continued to approve tuition fee increases of many universities both during 2020 and 2021. Thus, students and their parents suffered doubly from unabated tuition fee increases during an economic crisis.

School faculty and staff were not safe from De Vera’s policies of economic drain. In a Senate hearing held May 2020, De Vera stated that over 50,000 part-time lecturers in private universities and colleges had been without salaries since March earlier that year. However, he did not mention the fact that thousands of lecturers still found themselves without wages even as tuition fees kept rising. Worse yet, any aid that education workers did receive was treated as a substitute, and not a supplement, to their regular pay.

The toll De Vera’s policies exacted from the education sector were not limited to monetary costs. The clearly failed distance learning scheme taxed many mentally and emotionally, as well. At least 20 student deaths and suicides have been recorded since October 2020, for reasons ranging from being unable to shoulder the rising economic burden of distance learning, to simply being unable to keep up with the mental and emotional weight of education.

De Vera’s sins were not limited to standing by and watching the physical, mental, and economic health of students and workers deteriorate. Around August 2020, De Vera went so far as to threaten the CHED Merit scholarships of 424 students if they weren’t given numerical grades. Far from content with making lives worse through inaction, De Vera decided he would actively worsen the situation himself. Pandemic education did not just become more costly under De Vera’s administration. It also became more dangerous. Students’ lives, in particular, were put under more risk than ever before under De Vera’s watch. This was evident in multiple ways.

Firstly, the disparities in access to distance learning forced many students into desperation just to access education. Notable among the student deaths was the case of Kristelyn Villance, a student from Capiz who died in May 2020 traveling to submit final academic requirements to where a signal was available. CHED dismissed the resulting outrage over a preventable tragedy as “sensationalizing“ and “political agenda” despite the news coming from verifiable campus publications and Villance’s own mother. De Vera has remained silent over other distance learning-related student deaths ever since.

CHED also stood by and let classes continue even in the face of devastating natural calamities. Snubbing widespread calls for a nationwide, Luzon-wide academic break, he reasoned “different schools and different families are affected differently,” even though the resulting destruction and flooding from typhoons Rolly and Ulysses in late 2020 covered wide swathes of territory and affected every aspect of life for the victims – residential, academic, and economic.

Equally dismal to his commissioner position is his term as Chairman of the Board of Regents (BOR) of the University of the Philippines (UP). De Vera facilitated the abrogation of the UP-DND Accords in 2021, while setting up a “panel” to discuss the meaning of “academic freedom” without any student, faculty or staff involved – just school officials and state forces.

Worse yet, threatening the safety of university students was not new to De Vera. In 2019, De Vera made an unsubstantiated claim of “prevalence of drugs” within UP, during the term of a president who waged a bloody war on drugs. He even stood idly by as the Department of Agrarian Reform seized parcels of land owned by Pampanga State Agricultural University, among others, for distribution to non-educational actors.

For all his proclaiming about “the mandate of CHEd to attend to the welfare of both the students and their schools,” his drugs claim, the abrogation of the accords, and his past inactions as commissioner show for sure that De Vera has no business being in a education position nor anywhere near a school.

A future to dread

CHED under De Vera, despite its mandate and power to set minimum standards and compliance on both public and private universities and colleges, has acted powerless at every opportunity. It has left students, their families, and faculty to fend for themselves through health crisis, economic crisis, severe calamities, and state aggressions.

Popoy De Vera’s stint is defined by neglect. His questionable integrity is not limited to playing patronage politics. Time and again, he has proven himself callous to student and faculty welfare, and indifferent towards the costs of higher education on actual stakeholders – a complete antithesis to a public servant supposed to be a champion for quality, accessible higher education, and academic freedom. There is no reason to believe that he won’t just do it all again now that he is returning to his post. – Rappler.com

Seth Dungan is a graduating college student residing in Metro Manila. Juggling part-time work and school, she is contemplating dropping out to work full-time.