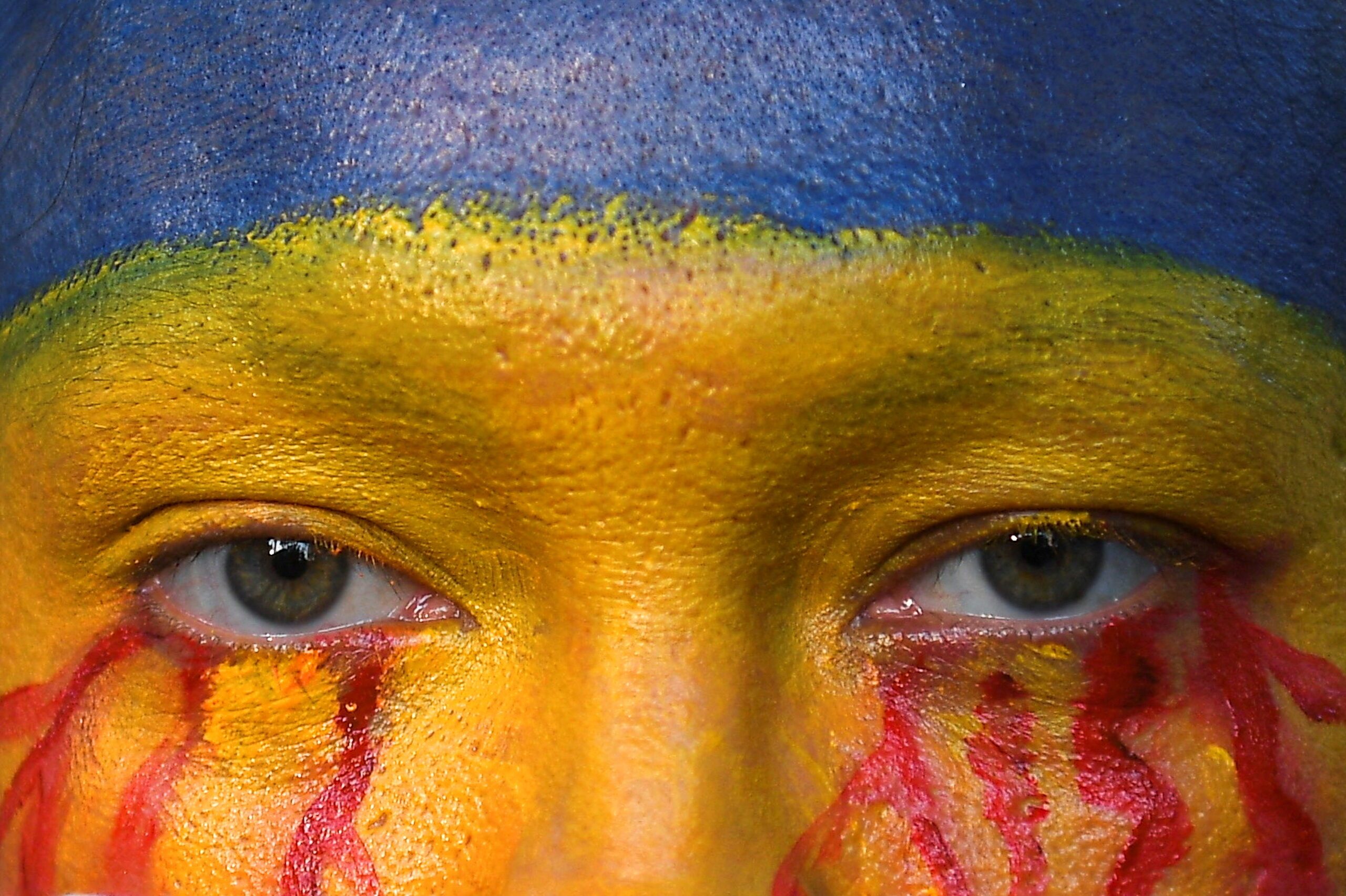 Facebook Twitter Copy URL
Copied
'How much do we know about NATO-Russia relations? How accurate is Putin's security threat claim? How do we discern fact from propaganda?'

In the early hours of February 24, 2022, after a lengthy address to the nation, Putin declared a special military operation against Ukraine. This chain of events finally kicked off a confrontation eight years in the making. For the first time since the Second World War, the sovereignty of a European nation is under threat by foreign invasion. As Russia’s war in Ukraine drags on to its fourth week, Russian propaganda has been stepping up to justify itself.

However, analysts have been quick to debunk Putin’s bogus reasoning for this war. Arguably speaking, the racket caused by Putin reflects an “out-of-touch” perception of history and reality, specifically his claim that NATO poses a security threat to Russia. However, how much do we know about NATO-Russia relations? How accurate is Putin’s security threat claim? How do we discern fact from propaganda?

Firstly, we must understand where NATO started and its position in Europe’s geopolitical atmosphere. The North Atlantic Treaty Organization (NATO) began in 1949 with The North Atlantic Treaty of 1949. This treaty outlines the principles of the Alliance, that is, to contribute to better international relations and promote conditions of stability and well-being (Article 2). NATO first started with 12 members, namely Belgium, Canada, Denmark, France, Iceland, Italy, Luxembourg, the Netherlands, Norway, Portugal, the United Kingdom, and the United States. People may argue that NATO promised the USSR on February 9, 1990, that it would not expand eastward. However, following the collapse of the Soviet Union, a new geopolitical atmosphere formed, and former satellite states willingly sought membership into the Alliance. It is worth noting that membership into NATO goes through a stringent process. Criteria include a functioning democratic political system based on a market economy, fair treatment of minority populations, a commitment to resolve conflicts peacefully, an ability and willingness to make a military contribution to NATO operations, and a commitment to democratic civil-military relations and institutions. The membership process begins with an “intensive dialogue” between the aspirant country and the North Atlantic Council (NAC), which is the decision-making body of NATO. The next step is an invitation to join in the Membership Action Plan (MAP), a program that helps countries prepare for possible membership. The culmination of the process is when the aspirant deposits its instrument of accession with the US government (Article 10).

Notwithstanding the USSR, NATO-Russia relations began with the 1997 NATO-Russia Founding Act on Mutual Relations, Cooperation, and Security. The Act aimed to overcome the remnants of the previous confrontation and strengthen mutual trust and cooperation between the two parties. The Act also reaffirms their determination to give substance to the shared commitment in constructing a stable, peaceful, and undivided Europe. One that is whole and free, to the benefit of all its peoples. In Article II, Mechanism for Consultation and Cooperation, the NATO-Russia Permanent Joint Council, the provisions do not infringe the rights of NATO or Russia to independent decision-making and action. Article III, Areas for Consultation and Cooperation, outlines cooperation on civil and military matters.

We can see that both parties have sought to resolve Cold War frictions through diplomatic means. Unfortunately, NATO decided to suspend the practical cooperation with Russia due to its aggression in eastern Ukraine in 2014. Furthermore, in 2016, NATO began its rotation of four battalion combat groups in the Baltic states and Poland. However, it still maintains political channels of communication and adheres to the prohibition of the permanent deployment of substantial combat forces in NATO accession countries.

With the background on NATO-Russia relations established, we now look into the question of Ukraine and its position between the two major parties.

NATO-Ukraine relations date back as early as 1992 when Ukraine joined the North Atlantic Cooperation Council, later renamed the Euro-Atlantic Partnership Council. In February of the same year, then-NATO Secretary-General M. Werner visited Kyiv. Four months later, then-president Leonid Kravchuk visited the NATO headquarters in Brussels. Later in September, a Ukrainian embassy was opened in Brussels, further cementing contact between these two parties. Two years later, relations were further enhanced when Ukraine agreed to the framework of the NATO Partnership for Peace (PfP) initiative. With the presidency of Viktor Yushchenko, policies shifted focus toward NATO membership. Beginning with intensive dialogues in 2005, Ukraine’s government made every attempt to meet the criteria set by NATO despite fierce internal opposition.

Unfortunately, during NATO’s 2008 Bucharest Summit, it decided that it would not yet offer the Membership Action Plan to Ukraine. When Viktor Yanukovych succeeded Yushchenko, he shelved any active commitment to joining NATO. Instead, he opted to retain the status quo and declare Ukraine as a non-aligned nation (despite him being a well-known pro-Russian). Despite this, Ukraine continued to honor its commitments with NATO, such as the Annual National Program and peacekeeping missions in the Middle East.

After the Euromaidan Protests of 2014, the impeachment of Yanukovych, and the election of Petro Poroshenko, the government continued its non-aligned posture, even stating that it had no intentions of making Ukraine a NATO member. But when Russia annexed Crimea and reports of Russian military activity in Ukraine came to light, the Ukrainian parliament rescinded its prior decision and prioritized NATO membership. On February 7, 2019, the Ukrainian parliament overwhelmingly voted in favor of a Constitutional change that would help fast track Ukrainian membership into NATO and the EU. During the first two years of Zelenskyy’s term, multiple heads of state of NATO members have openly lobbied for Ukraine to receive a Membership Action Plan. A month before Russia’s invasion, Andrii Yermak, Chairman of the Office of the President of Ukraine, said that the Ukrainian authorities hope to hear specific conditions for joining the North Atlantic Alliance. It is perhaps ironic that when Ukraine gave up its Soviet-era inherited nuclear weapons, Russia assured that it would respect its independence and territorial security. Both have since been violated in 2014, and with this unjustified invasion.

To summarize the points laid out, Putin’s claim of NATO being a security threat to Russia could not be further from the truth. While NATO has accepted central and eastern European countries into the Alliance, it does not aggressively posture itself against Russia. NATO was founded upon their collective principle to safeguard the freedom and security of its member countries by political and military means. NATO has also played an increasingly important role in crisis management and peacekeeping. NATO’s stringent membership process and its Act with Russia further disprove Putin’s justification. Accession countries have willingly gone through the requirements for membership and have independently decided on it. They have done so in the interest of better security and cooperation between themselves and their neighbors. This independent decision-making process is protected and agreed upon in Article II of the 1997 NATO-Russia Founding Act.

Likewise, Putin’s paranoia from the idea of Ukraine joining NATO stems from his irrational decisions following the loss of a pro-Russian president in Ukraine. Even in the months leading up to the invasion, NATO membership for Ukraine had been a mix of endorsements and commitments, yet no finalized plan. Given the irrationality displayed by Putin, it has only worked to antagonize its neighbors and thread a more unified NATO.

After reading through all this, one might be wondering what this means for us Filipinos? Firstly, the machinations of Russian propaganda, one that paints itself to be the liberators and the West as instigators, has further fueled defeatist rhetoric amongst the people. This rhetoric plays to erode national unity against a greater enemy. Furthermore, Filipino politicians have also kowtowed to this rhetoric, thus causing further social decay. Secondly, the effect of this defeatist rhetoric has become glaringly evident with statements that call for Ukrainians to surrender or that the Philippines should not care for the ongoing war. This backward logic disregards the principles of defending the rights and interests of the Filipino people and inflames risk exposure to foreign encroachment. Thus it remains imperative that we push back against this kind of propaganda, rhetoric, and disinformation. We may not share massive land borders such as Ukraine and Russia, but that does not diminish the risk of a foreign aggressor. As we know, China has forced its way into Southeast Asia and laid claim to vast swaths of territory. Its posturing is reminiscent of the Russian annexation of Crimea and its support of pro-Russian separatists. Instead of arms, China utilizes its economic position to sway key actors into its fold and distorts reality to its narrative. If we let this disinformation take a firm grip on our country, we leave the risk of infighting that can lead to further exploitation by China.

We must not let the principles of our democracy, independence, and freedom fall into the void. We are not alone in this fight because we have like-minded countries willing to support us. It simply boils down to the willingness of the Filipino people to stand for what is rightfully theirs. That, among many other things, remains to be seen. – Rappler.com

Kiefer Zachary Hipe is a student at the University of Santo Tomas. Outside academics, he spends his time as an amateur military historian and political analyst. He occasionally hosts history podcasts together with other local historians and analysts.